By Sean Jones: Jorge Linares worked as a sparring partner for Manny Pacquiao a decade ago in 2011, and he says he noticed a lot of tricks that he would use disguising the speed and angles of his attacks.

Linares said Pacquiao would “kill” his sparring partners if they showed him no respect.

The way that Pacquiao (62-7-2, 39 KOs) moved around the ring, it’s something that the former three-division world champion Linares feels that Errol Spence Jr is going to need to be concerned about when he defends his IBF & WBC welterweight titles against Pacquiao on August 21 at the T-Mobile Arena in Las Vegas, Nevada.

Jorge says he last trained with Pacquiao in 2011 before fighting Antonio DeMarco, and he learned a lot. He would like to train with Manny again in the future if possible

What amazes Linares is that the 42-year-old Pacquiao is still fighting at a high level after all these years.

Although Pacquiao hasn’t fought in two years since his win over Keith Thurman in 2019, he’s looking exceptional in his training for the Spence fight. He doesn’t look like a person in their 40s.

“Yes, a lot of times. The last training camp I was with Manny was in the Philippines in 2011 before my fight with Antonio DeMarco,” said Jorge Linares to K.O Artists Sports in remembering how he worked as a sparring partner for Pacquiao a decade ago.

“That was the last time, but he’s still good; he looks so good. He has that potential, experience, and everything. But the champion is good too. Spence is an amazing fighter, so we’ll see.

“It’s a very difficult style,” said Linares about Pacquiao. “Sometimes he’s in one place, and then what he tries to do something like a slow whatever, but it’s not true.

“The more good thing about Manny is that in sparring, if people don’t respect him, he kills the sparring [partner] little by little. That’s Manny, and that’s why he’s Manny Pacquiao.

If Pacquiao can’t keep the bigger, stronger 5’9 1/2″ Spence off him, he could get knocked out on August 21st. Sean Gibbons of Manny Pacquiao Promotions believes Spence could rehydrate up to the mid-160s when he steps foot inside the ring.

That’s a lot of weight, particularly when you factor in that Manny might not be more than 150-lbs.

Erik Morales says Spence’s size could be a problem

“It’s a difficult fight for the senator [Pacquiao] because Spence is more young, and he’s taller,” said Erik Morales to ESNEWS. “He’s [Spence] is a natural welterweight.

“So after the weigh-in, he’ll [Spence] take a lot of weight. Pacquiao is very, very fast for this guy. Maybe the distance and the arms are too big.

“I don’t know what will happen because Pacquiao had two years out of the ring, so it’s a good question.

Erik sounds worried for Pacquiao due to Spence’s huge size and youth advantage over him. It’s hard for Morales to relate to what Pacquiao is attempting to do here because it’s such a huge undertaking. On paper, it doesn’t look good for Pacquiao for what he’s trying.

As Morales points out, Pacquiao is 42, he hasn’t fought in two years, and he’s facing a much taller, heavier, and younger fighter in Spence. Additionally, Spence is viewed as either #1 or #2 in the 147-lb division, depending on who you talk to. 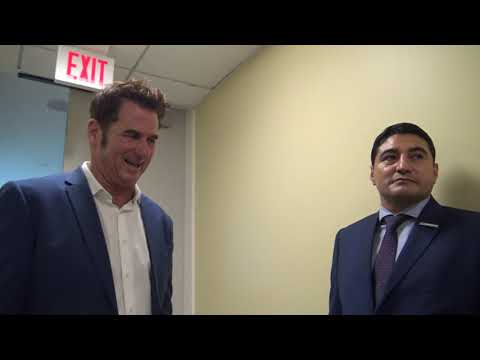