By Sean Jones: Oscar De La Hoya of Golden Boy appears to be trying to stir up trouble between Canelo Alvarez and his promoter Eddie Hearn by digging up an interview from 2018 in which he talks about the Mexican star’s positive test for a banned substance.

In a Tweet on Monday, De La Hoya said that Hearn was accusing Canelo of using banned substances. Oscar then said he personally always defended Canelo.

In the old 2018 interview with Secondsout, Hearn said he didn’t know if Canelo had eaten bad meat or intentionally taken the clenbuterol from which he’d tested positive for in March 2018. Hearn said that Canelo would be viewed as a “drug cheat” by some fans.

It’s unclear why De La Hoya is digging up the old 2018 interview with Hearn talking about Canelo’s positive drug test.

Is De La Hoya trying to dirty the water and mess up the relationship between Canelo and Hearn, hoping that the Mexican star will return to his promotional company Golden Boy Promotions?

“Look at your f**** promoter accusing you, and I’m always in your corner defending. #ungrateful,” said Oscar De La Hoya in a Tweet on social media directed at Canelo and Hearn.

With Canelo’s positive test for clenbuterol in 2018, it’s been forgotten by boxing fans. It’s no longer mentioned frequently, and fans have moved on from this one isolated incident in Canelo’s career.

“What I do know is if you fail a test, you’ve got to deal with the consequences,” said Eddie Hearn to Secondsout from an interview in 2018 on Canelo.

“Taking away the six-month ban, Canelo will always be labeled as a drug cheat, whether he did it or not, and that’s much worse than any ban,” continued Hearn. 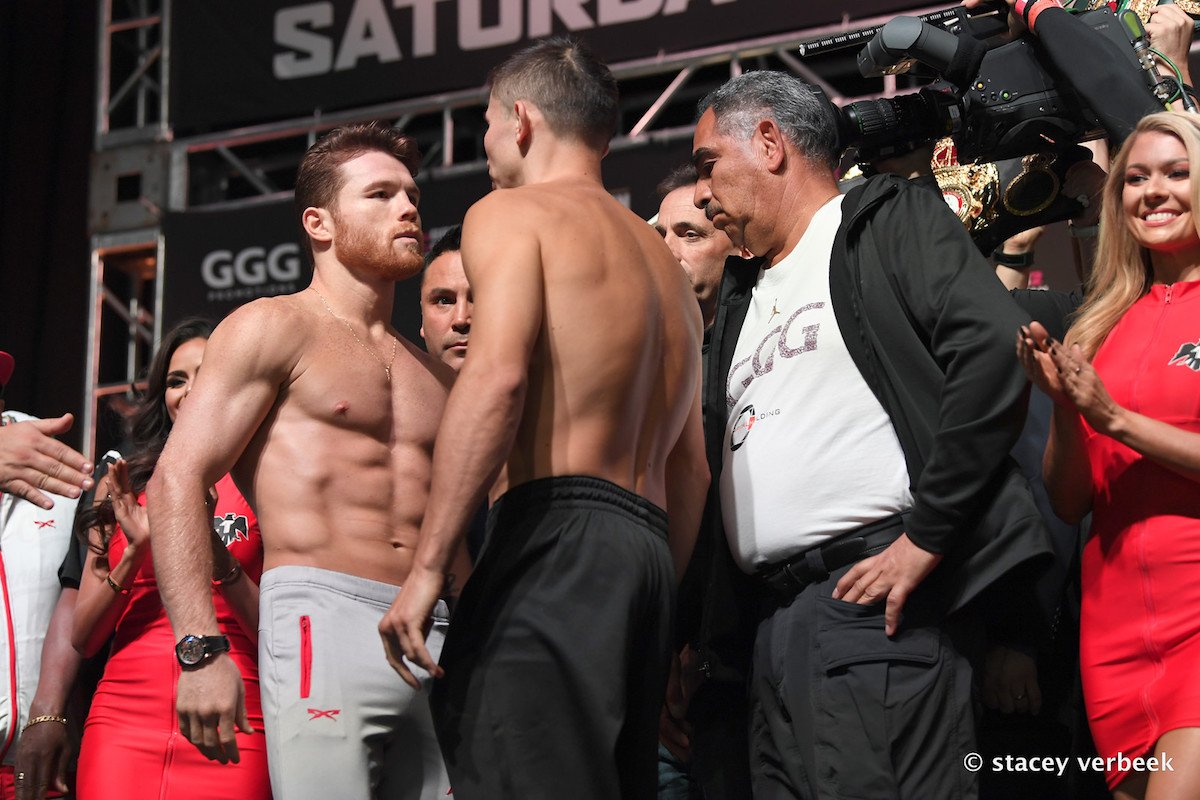 “What he’ll have to live with is every member of the public will look at him as a drug cheat, and it’ll ALWAYS take away his legacy in the sport. That is a lot more crushing than any fine,” said Hearn.

So there it is Hearn, talking about Canelo’s positive test from 2018. During the interview, Hearn clearly says he didn’t know the circumstances behind Alvarez’s positive test for clenbuterol.

All he knew is that some members of the public would likely view Canelo as a drug cheat after the positive test. The interview was taken years before Hearn began to promote Canelo, so you can argue that he felt freer to voice his opinion about the Mexican star’s test results.

If De La Hoya’s decision to dredge up this old interview with Hearn talking about Canelo’s positive test was made in hopes of bringing him back to Golden Boy Promotions, it’s unlikely to succeed.

Indeed, more than anything, it will be viewed negatively by Canelo and a lot of boxing fans. Why is De La Hoya bringing up an old interview? It doesn’t make sense.

In other news, Hearn is currently still working on putting together a fight between Canelo and IBF super middleweight champion Caleb Plant for September.

According to Hearn, last Sunday was the deadline for the deal to be done, but the negotiations are continuing into this week. Hearn said that light heavyweight champions Dimitry Bivol and Artur Beterbiev are the backup Plan-B options for Canelo if the Plant fight fails to happen.

Edgar Berlanga will be a world champion predicts Felix Trinidad »