Canelo Alvarez needs to decide soon on opponent for Sept.18th

By Sean Jones: Eddie Hearn says Canelo Alvarez will need to decide on his next opponent for the September 18th date because he could lose out on the title fight against WBA 175-lb champion Dimitry Bivol if he waits much longer.

Bivol likely won’t wait for Canelo if he’s going to drag it out for weeks before he finally makes his decision whether he’ll face him or not on September 18th.

“We would all like to get some clarity, and I’m sure that Saul [Canelo Alvarez] he’ll make his decision shortly,” said Eddie Hearn to Boxing with Chris Mannix.

From Canelo’s perspective, you can understand why he would want to drag it out. Bivol is a dangerous fight for him, and there’s an excellent chance that he’ll lose to the talented Russian.

If Canelo waits as long as possible before revealing that he wants to fight Bivol, he might gain an edge against him if he’s not training hard because he’s unsure whether he’s going to get the fight or not.

“When we talk about the time frame in seven weeks, Dmitry Bivol is in training, but there’s going to be some point where Dmitry Bivol turns around and says, ‘Look, I’m out for September 18th.’ And that is probably very soon, to be quite honest.”

Canelo (56-1-2, 38 KOs) had been in negotiations to fight IBF 168-lb champion Caleb Plant (21-0, 12 KOs), but the talks fell apart recently. Hearn says it’s possible they can salvage the fight with Plant, but they’re going to have to act quickly.

There are only seven weeks to go before September 18th, and Plant, 28, isn’t the type of fighter willing to have a short training camp.

If the talks fail to be resurrected, Plant will lose out on a payday of close to $10 million, which is money that he WON’T get if he faces anyone else.

Jermall Charlo has already volunteered to step up to the plate to take the fight with Plant in September at 168, and David Benavidez is another option for him. Both of those fights are ones that Plant would likely lose.

Given the HIGH risk involved, it’s likely Plant will reject both of those options, knowing that his management at PBC could restart negotiations with Canelo in early 2022.

The IBF 168-lb belt is a bargaining chip for Plant, one that he won’t put at risk against talented fighters like Charlo or Benavidez.

Plant is likely counting on his management being able to restart talks with Canelo, who badly wants his IBF super middleweight title so that he can capture the belt to become the undisputed champion.

It’s not something that means anything to anyone but Canelo, though, as fans could care less if he becomes the undisputed champion at 168. 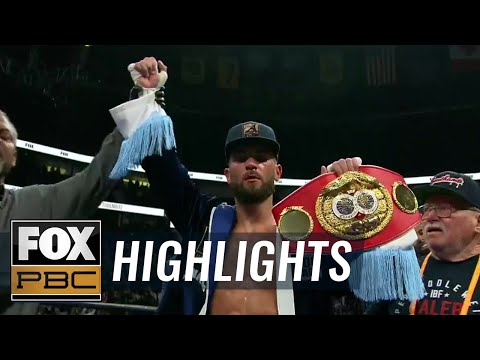 The boxing public wants to see Canelo fight elite opposition, and he hasn’t been doing that since his fight with Gennadiy Golovkin in 2018.

This whole expedition that Canelo has been on since 2019 to unify the 168-lb division has arguably saved him from risking losses.

Although Canelo has been technically beating world champions at super middleweight, they were weaker fighters who were well-maneuvered by their promoters to pick up titles.

The belt-holders that Canelo picked up his 168-lb titles against:

Plant right up there with those fighters talent-wise or lack thereof, so it’s a pointless endeavor for Canelo to be looking to beat him to become the undisputed champion at 168.

Nonetheless, that’s what Canelo wants, as he feels it’ll validate him in the eyes of future generations of fans that into statistics. I don’t think it will.

Canelo would gain more if he washed his hands of this useless time-waster trying to become the undisputed champion and focus more on giving the fans the fights they want to see against Benavidez, Bivol, Artur Beterbiev, Demetrius Andrade, Jermall Charlo, and Golovkin.

Alvarez has other options for Sept.18th date

“If Canelo goes on September 18th, in your mind is it Dimitry Bivol that he’ll face?” said Chris Mannix to Hearn.

“There were some other options at 168-lbs. I think he loves to do it and Dimitry Bivol,” said Hearn on whether Canelo will pick Bivol.

Hearn recently mentioned that Carlos Gongora is one of the options at 168 for Canelo to fight. Gongora is with Matchroom Boxing, and he’s got a lot of talent.

However, Gongora isn’t as well known as Bivol, and he wouldn’t be as good of a Plan-B option if the idea is to get boxing fans excited at seeing Canelo fight.

With that said, it’s a more winnable fight for Canelo than taking on Bivol, so it’s a better deal for the Mexican star in some respects.

Yeah, Canelo won’t get much credit for beating Gongora as he would if he took a big risk and beat Bivol, but he would be avoiding a likely loss.

You hate to say it, but Bivol would have beaten the Canelo that we saw in his last two fights against Saunders and Avni Yildrim.