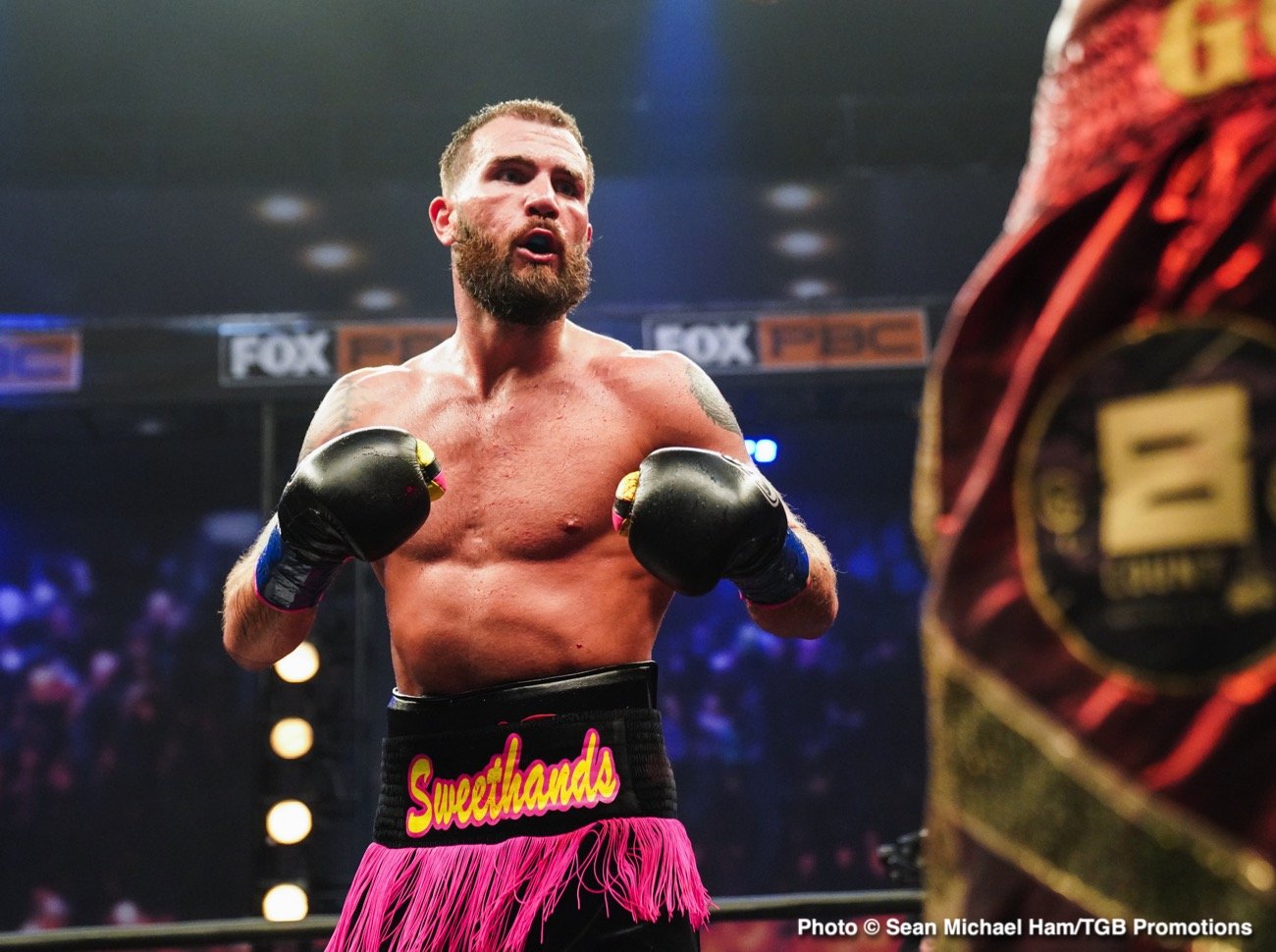 By Sean Jones: Caleb Plant posted on Instagram on Monday in what appears to be a response to Canelo Alvarez’s earlier post today about him being “back in the gym” to start training for his next fight in September. IBF super middleweight champion Plant then posted this comment:

What this means is pretty obvious at this point. This is a clear signal that the negotiations between Canelo (56-1-2, 38 KOs) and Plant (21-0, 12 KOs) are done for all intents and purposes for a fight on September 11th or 18th for the undisputed 168-lb championship.

Hopefully, for Canelo and his promoters at Matchroom Boxing’s sake, they didn’t get stuck overpaying Plant for his WBO super middleweight belt.

That’s the only thing Plant brings to the table for this fight. He’s not popular, well known, and his resume is filled with obscure opposition.

Will Canelo give Plant his asking price?

It was believed that Plant would be offered between $6-8 million. $6 million would be a fair deal, given that Plant isn’t a big star in the U.S and has never beaten anyone talented.

I mean, former two-time WBC super middleweight champion David Benavidez has consistently called Plant out and gotten nowhere. Plant wants to sit and wait and nurse an injury he sustained last January in his last fight against 38-year-old Caleb Truax.

But with Plant posting today, it’s possible that Canelo agreed to give him the $10 million that he was asking for. Canelo REALLY wants Plant’s WBO strap, and he might not care that he’s overpaying for it.

If Canelo were in tune with what the boxing fans want, he’d tell Plant to get lost and go in the direction of David Benavidez, Jermall Charlo, Artur Beterbiev, Dimitry Bivol, or Demetrius Andrade.

The good news is once Canelo beats Plant, he’ll be done with fighting the weak paper champions at 168.

The winner of the Canelo vs. Plant fight will be the undisputed champion at super middleweight. Canelo has put a lot of value in this, but the boxing fans have been lukewarm about it.

They haven’t been excited about Canelo’s goal because the fans have already tuned out all the many belts that the sanctioning bodies have created.

The fans care about fights between recognizable, talented opposition, and Canelo has fallen short of facing those types of fighters during his journey to becoming the undisputed champion at 168.

Canelo, 30, will be coming into the contest with his WBA/WBC/WBO super middleweight titles on the line

If the negotiations for the Canelo-Plant fight don’t get done this week, Eddie Hearn said they’re going to move on towards a fight with one of the 175-lb champions.

“With Canelo, the single goal is to fight Caleb Plant for the undisputed [super middleweight championship],” said Eddie Hearn last week on iFL TV. “Whether that’s on DAZN, whether that’s on FOX, but we are getting to the point where we need to pull the trigger for a September fight,” Hearn said of Canelo.

“I’ve made an offer to Caleb Plant; I’m speaking with Luis DeCubas, having conversations with Al Haymon and Eddy Reynoso. But at some point, we either have to move forward with that fight [between Canelo and Plant] or fight somebody else.

“If we’re going to fight somebody else, he [Canelo] would like to fight another champion. He might want to move up to 175 for that singular fight, whether that’s Bivol or Beterbiev.

“The Gennadiy Golovkin is always a mega-fight between those two. It won’t be forever, but it still is. Will that happen in September?

“I would never rule it out completely, but the focus of Canelo is to be undisputed, but also Canelo is in a great position where he has the ability to do what he wants to do and has been doing it very consistently and effectively over the last year,” said Hearn.

The tougher of those two 175-lb champions is Beterbiev, who punches with huge power with either hand. If Canelo wants to fight on the inside, Beterbiev will oblige him.

“So he’s the most active fighter right now, pretty much championship fighter during the pandemic,” Hearn continued.

“Also, he’s the pound-for-pound number one. I think that by the end of this weekend, we need to start making our moves and decide who the foe is for September.

“We’re waiting to reach a deal, we’re waiting for both fighters to say, ‘Yeah, we’d like to move forward,'” said Hearn when asked what he’s waiting for from Caleb Plant in terms of the negotiations with Canelo. “Obviously, we’ve made an offer to them, and we’re discussing that with Luis DeCubas.

“There will be another offer from FOX to do that fight, I’m sure, but the clocks ticking,” Hearn said on the Canelo vs. Plant negotiations.

“So we either run out of time, and we focus on that fight for December, or we find a deal that everyone is happy with, and we move forward for that part of September. But time is running out.

“So obviously, that’s something that’s going to be moved forward very quickly over the next few days.

“But also, we’re keeping our options open and making sure we have options and opportunities in place should that not happen,” said Hearn.

Well, if the Canelo vs. Plant fight isn’t done by this week, Hearn needs to move because he’s not going to have time to put a deal together with Beterbiev or Bivol for September.

If Hearn is serious about wanting Canelo to fight either of those two 175-lb champions, he’ll need to make a move quickly if Plant prices himself out.


« With Recent WBA Ruling on Pacquiao, Crawford – Ugas is the Fight to Make