All hail “The Monster.” Naoya Inoue did it again, knocking out IBF No. 1 contender Michael Dasmarinas in the third round with a left hook to the liver to retain his WBA and IBF bantamweight world titles at The Theater at Virgin Hotels Las Vegas.

It soon became clear that Dasmarinas was no match for Inoue, who won the opening round and scored a knockdown in the second. Two more knockdowns in the third was all she wrote.

With the win, Inoue now wants to fully unify the division, which could happen after WBO champion John Riel Casimero and WBC champion Nonito Donaire fight this summer.

Inoue said, “Against the number one ranked fighter, Dasmarinas, I think I had a great win.

“I prepare myself to knock them out, whether with a head shot or a body shot. I came prepared and to get a win by knockout is good for me.

“The first round, I just wanted to see what he had. It depended on how he came out, and after a little while, yeah, I thought I could get him out.

“Getting the win makes me smile, but to be able to fight the winner of Casimero and Donaire, that brings me another smile.”

Added Top Rank chairman Bob Arum, “Naoya Inoue is a unique force of nature inside that ring. Another incredible performance from ‘The Monster.’ We are seeing a great fighter at work here, and he is only going to get better.”

Mayer (15-0, 5 KOs), one of female boxing’s most recognizable names, bested the most seasoned opponent of her career, a relentless woman who has fought in 19 world title fights and threw 400 punches in 10 rounds. Mayer outlanded Farias 118-86 and now has her sights on IBF world champion Maïva Hamadouche. Mayer and Hamadouche are scheduled to fight in a unification bout later this year.

Mayer said, ““I was just waiting to get through this fight to get to Maïva. Remind her that I’ll see her soon.”

Dogboe edges Lopez in 10-round classic

Isaac “Royal Storm” Dogboe is officially back. The former junior featherweight world champion, two fights removed from a pair of title fight defeats to Emanuel Navarrete, edged Adam Lopez via 10-round majority decision (95-95, 96-94 and 97-93) to win the NABF featherweight title.

Dogboe (22-2, 15 KOs) jumped out to an early lead, but Lopez (15-3, 6 KOs) charged back in the second half of the bout, muscling Dogboe around the ring and buzzing him on more than one occasion.

The 10th round — a back-and-forth three minutes — was a microcosm of the phone booth battle that played out the previous nine rounds. After the final bell, both men thought they’d done enough, but it was the former champ who came out ahead.

Dogboe said, “I was pretty confident I’d get that decision because I controlled the fight for the first six rounds. I was posing too much and got a little too careless. Every now and then, I stayed in the pocket a little too long and forced too much. But, listen, Adam is a great guy. He showed the pedigree. We promised it would be a firefight. It takes two to tango.

“A lot of people wrote me off after those losses to Navarrete and said I was overhyped. People like me, we don’t stay down forever. We get back up. I have to thank my team. They’re not just trainers, they are family. God wanted me to be there.”

Junior Welterweight: Lindolfo Delgado (12-0, 11 KOs) UD 8 Salvador Briceno (17-7, 11 KOs). Scores: 80-72 and 79-73 2x. The knockout streak ended, but 2016 Mexican Olympian Delgado shook off nearly two years of ring rust with a one-sided decision over Briceno. Delgado stepped on the gas in the eighth round, but the resilient Briceno weathered the storm made the final bell.

Lightweight: Eric Puente (6-0) UD 6 Jose Antonio Meza (7-6, 2 KOs). Scores: 57-56 and 58-55 2x. It was a disappointing start for Puente, who suffered the first knockdown of his career in the opening round. The San Diego native recovered and dominated the rest of the way to secure a convincing decision over Meza, a Mexican veteran who has never stopped as a pro.

Rosario said, “We took full advantage of the opportunity and put on a good performance on a great card. We got the job done against an opponent who was undefeated and who came to put up a great fight.” 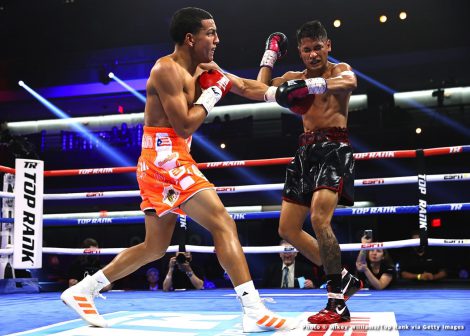 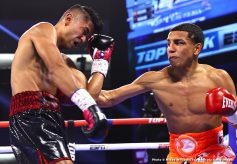 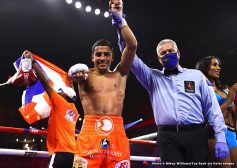 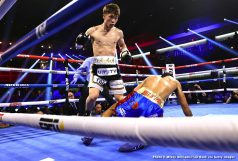 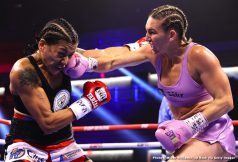 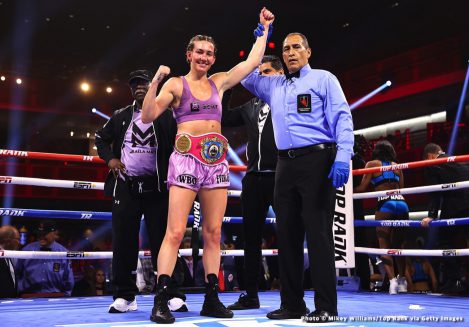 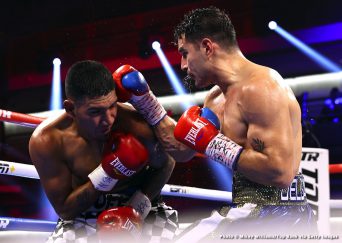 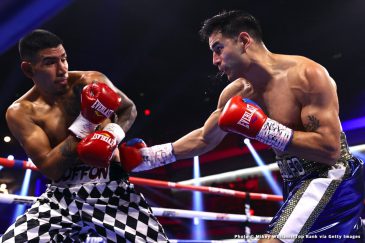 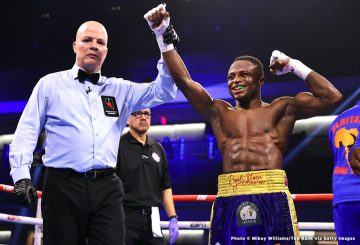 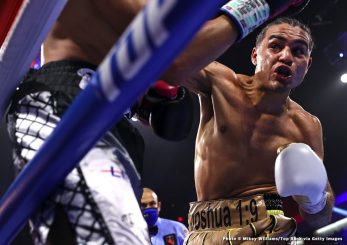 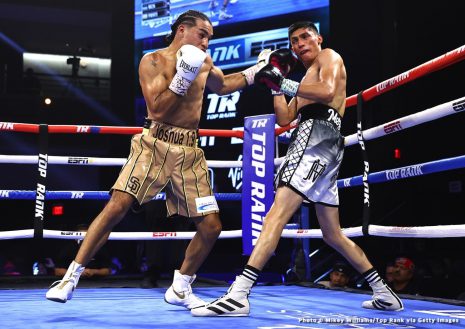 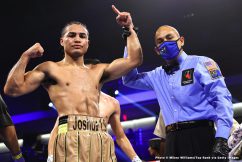 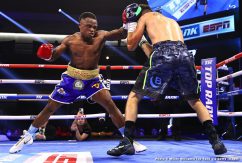