By Allan Fox: Mayweather Promotions CEO Leonard Ellerbe is ruling out Floyd Mayweather Jr agreeing to fight the 48-year-old Oscar De La Hoya in a rematch. Oscar wants to avenge his loss to Mayweather from 2007, and he believes there will be a lot of fan interest in this fight.

De La Hoya (39-6, 30 KOs) says he’s going to call out the retired 44-year-old Mayweather after two more fights to make the biggest comeback in the history of the sport.

Ellerbe states that De La Hoya is just using Mayweather’s name to get attention for his comeback fight in September, and they have no intention of playing along with it to further his goals.

De La Hoya sounded dead serious about wanting to fight Mayweather again, and why wouldn’t he?

It would be the biggest that De La Hoya can get, apart from perhaps if Canelo Alvarez agreed to fight him. Canelo likely won’t embarrass himself by fighting De La Hoya because it would cause a lot of negative feedback.

Oscar is coming out of retirement to face former UFC champion 44-year-old, Victor Belfort on September 11th in the main event on Triller pay-per-view.

“Absolutely not,” said Leonard Ellerbe to the Jake Asman show when asked if Mayweather will fight De La Hoya again. “There’s zero interest in doing it. 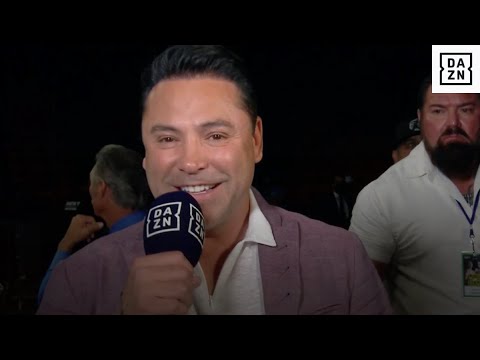 “Oscar De La Hoya is just trying to use Floyd’s name to create some buzz about what he’s attempting to do, and nobody is really paying him any attention,” said Ellerbe.

Well, if Mayweather is going to continue fighting YouTubers, he might as well face De La Hoya. I mean, Mayweather is already scraping the bottom of the barrel by fighting the YouTuber preeners. At least De La Hoya used to be a boxer, and he’s got skills still.

What Ellerbe isn’t saying is that Mayweather looks so incredibly over-the-hill at this point in his life; he probably couldn’t beat De La Hoya. Heck, Mayweather almost lost to Logan Paul. What does that tell you?

“That’s a narrative that some of the media members are starting to come out with because guess what Floyd has done an exhibition,” said Ellerbe when asked if celebrity boxing is here to stay. 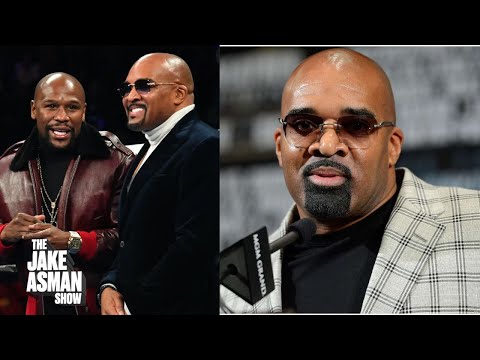 “It was okay when fighters of the past have done exhibitions, but now there’s a problem with Floyd Mayweather has done it,” said Ellerbe.

It appears that Ellerbe failed to understand the question that was being asked of him from the interview.

The interviewer didn’t mention Mayweather at all. He wanted to know if “celebrity boxing is here to stay?’ Somehow, Ellerbe got defensive, interpreting that the comment was being directed at Mayweather. It shows you how important listening skills are in life.

There’ no question that boxing fans see it as pathetic that Mayweather is now stooping to the level of fighting YouTubers, but it’s not surprising. Unfortunately, this is likely not the end game for Mayweather.

He’ll almost surely continue doing these types of events, be it against another YouTuber or maybe an actor. Once the money dries up from these types of these events, Mayweather will go away.

“We don’t pay that kind of,” said Ellerbe. “Floyd has, again, has been a major, major attraction, and it’s a blessing in this sport. He was able to go into this exhibition event along with Logan Paul, and they created an enormous amount of attention.

“The event did exceptionally well; we did over a million pay-per-view buys. We generated a lot of revenue at the live gate, and it was an incredible event.

“It was Floyd Mayweather vs. a YouTuber. To give you an example of the impact and the star power that Floyd has been able to have, this is the biggest fight in boxing over the last four years, with the exception of Mike Tyson and Roy Jones.

“That’s the only event that did better than our event [Mayweather vs. Logan Paul] in the last four years, Floyd vs. a YouTuber.

“Our event was bigger than the Deontay Wilder – Tyson Fury fight, the second fight. It goes to show you the impact a guy like Floyd Mayweather is able to have still as a retired fighter,” said Ellerbe.

What Ellerbe isn’t saying is Mayweather’s fight with Logan Paul was virtually unwatchable, worse than his mismatch against former UFC star Conor McGregor.

Mayweather looked like a 50-year-old, moving around slowly against a tall, stork-like Logan Paul, and it was so horrible to watch. Paying $50 for this eyesore, so terrible that it’s beyond words.

For many fans who paid the money to watch the Mayweather – Paul exhibition, they’ll never do it again, feeling ripped off from the poor product.

Ellerbe hush-mouth about what’s next for Mayweather

“He’s just relaxing, spending time with his kids, and living his life,” Ellerbe said when asked what comes next for Mayweather.

Interestingly, Ellerbe wouldn’t give any hints about what’s next for Mayweather, and it’s easy to see why.

If Ellerbe were to say that Mayweather is planning on fighting another Youtuber/celebrity boxing match, there would be a lot of negative feedback. Fans think Mayweather is making a mockery of the sport with these clown shows.


« Canelo vs. Plant preparation starts this week for Sept.11th clash