By Jeff Aronow: Trainer Robert Garcia says WBA World light-welterweight champion Mario Barrios (26-0, 17 KOs) will be a tough test for the heavy favorite Gervonta ‘Tank’ Davis (24-0, 23 KOs) tonight when they square off at the State Farm Arena in Atlanta.

The size, power, and skills of the 5’10” Barrios make Robert believe that he’s got a real chance of sending Tank, 26, down to his first career defeat.

Tank’s promoters at Mayweather Promotions have put Barrios under a microscope, vetting him to determine if he’s a threat to their money-maker. For them to have chosen Barrios as the guy for Gervonta to fight shows that they don’t believe he’s got much hope of winning.

As Mayweather Promotions CEO Leonard Ellerbe pointed out recently, their focus isn’t to try and prove that Tank Davis is the best fighter at 130, 135, or 140.

They want him to make money by fighting the right guys. That is, fighting opposition that they know Davis can beat, which is why he’s not fighting undisputed 140-lb champion Josh Taylor, Jose Ramirez, or Regis Prograis tonight.

“Gervonta has a tough fight. He has to pass the test against Barrios,” said trainer Robert Garcia. “I think Barrios is going to give him all he can handle.

“I think it’s going to be a great fight. I think Barrios has a good chance to pull it off, man. He’s so tall. He can fight smart and win round by round. I think it’s a fight that can go the distance, and Barrios can pull it out,” said Davis.

If Barrios wins this fight tonight, it means that Mayweather Promotions blew it by not carefully picking him out. That’s the problem.

When you’ve got promoters that are carefully selecting opposition for their cash-cow like Tank Davis to keep the gravy rolling in, it’s not an exact science. So you find a guy that you see as a paper champion like Barrios, there’s still a possibility that you can lose.

“Tank has got power,” said Robert when asked who is the bigger puncher between Tank Davis and Mikey Garcia. “Mikey might be the bigger guy because he’s been fighting at 140 and 147 for the last two or three years, so maybe Mikey, but Tank has insane power.”

Mikey Garcia has been inactive for too many years at this point for him to have a shot at beating a guy like Gervonta ‘Tank’ Davis if this was a fight that took place back when Mikey was still active.

The last year that Mikey was fighting actively was 2014, a long, long time ago. Since then, Mikey has fought sporadically, rarely fighting at all, chasing big fights at 147. As some boxing fans view Mikey, they see him as a guy that hustles fights and is no longer competing like most fighters for world title honors. It’s all about money.

“Gervonta Davis is moving up to 140 now, so if he wins, he would be a big star at 40,” Robert said when asked if he’d like to see Mikey Garcia fight Tank. “It would definitely be a fight that would make a lot of sense, but right now, we’re looking at something else for Mikey, but that would be nice.

“We actually do want that,” Robert said about Mikey’s next fight to be taking place at 140. “We still officially don’t have anything finalized right now, but that’s what we’re working on, yeah.

“It would be great,” said Robert when asked about his thoughts on a fight between Gervonta Davis and Mikey Garcia. “Gervonta is a big name, a big star.” 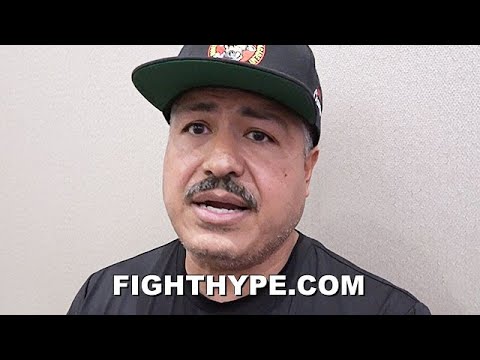