By Allan Fox: Former WBC middleweight champion Julio Cesar Chavez Jr weighed in 2.4 lbs overweight at 184.4 lbs on Friday at the weigh-in for his eight-round catchweight fight against former UFC champion Anderson ‘Spider’ Silva for their fight this Saturday night at the Estadio Jalisco, Guadalajara. Silva, 46, weighed in at the limit at 182 lbs.

Coming in overweight is going to reportedly cost Chavez Jr $100,000, which he’s surrendering to Silva. It’s unclear how much Chavez Jr’s purse is for the fight, but it’s got to hurt to lose $100K for a simple thing like making weight.

It’s hard to believe nine years ago Chavez Jr held the WBC middleweight title in 2002, and there were a lot of boxing fans impressed with him. Chavez Jr’s tanked after getting soundly beaten by Sergio Martinez by a one-sided 12 round unanimous decision in September 2002.

For Chavez Jr (52-5-1, 34 KOs), it’s not all that surprising that he failed to make weight because he’s had problems over the years in that department.

Chavez Jr cannot afford to get beaten by a non-boxer like Anderson Silva if he wants to keep selling his fights to the public. 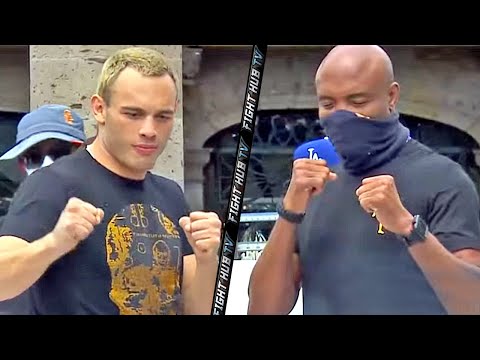 You can argue that the weigh-in limit should have been adjusted higher at the full cruiserweight at 200 lbs. At 35, Chavez Jr is as big as a house, it’s crazy to ask him to melt the pounds off to get anywhere near the 175-lb limit.

Moving forward, Chavez Jr should insist that all of his fights have a 200-lb limit because he can’t be counted on to get down to a catchweight.

The problem is, if Chavez Jr fights at the full cruiserweight limit, he’ll be expected to fight cruiserweight, and he’s not capable of beating those types of fighters. Additionally, there aren’t any popular former cruiserweight that Chavez Jr can fight that he can make money off of.

Also on Saturday’s career is boxing great Julio Cesar Chavez, who will be facing Hector Camacho Jr in an exhibition match. Chavez is 58-years-old, and it’s hard to know what we’ll see from him. Camacho Jr is 42, and he’s no spring chicken either.

Many years ago, Camachenko Jr was someone that some boxing fans believed would follow in the footsteps of his famous dad Hecto ‘Macho’ Camacho. 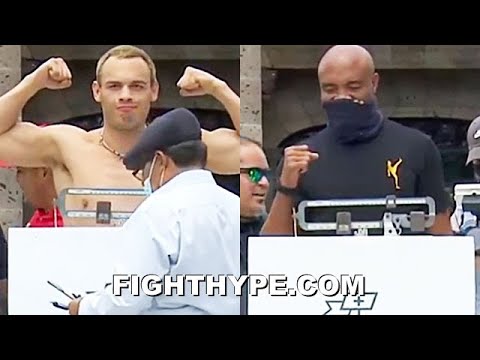 Unfortunately, Camacho Jr’s career fizzled out after a poor showing against Jesse James Leija in July 2001, and he was never able to turn things around after being exposed.

Camacho Jr didn’t lose that fight but he was exposed nonetheless. A year later, Camachenko Jr was beaten by Omar Gabriel Weiss by a 10 round decision in 2002, and it was downhill from there.