The Teofimo vs. Kambosos Jr fight has now been rescheduled for August 14th.  It will be interesting to see if it goes down on that date or if it gets postponed again for some other reason.

Sean Jones is wondering where Teofimo’s doctor’s note was to verify that he had tested positive for COVID 19. It would have been an easy thing for Teofimo to quash the nasty rumors of him pulling out due to poor ticket sales if he had posted the doctor’s note.

If Teo posted the doctor’s note, no one could say that he wasn’t sick. So how about it?

“That boy can’t sell no f**** tickets; that’s why it got canceled,” said Gervonta Davis to ESNEWS when asked about his thoughts on the Teofimo Lopez vs. George Kambosos Jr fight being postponed until August due to Teo coming down with COVID 19. “He [Teofimo] didn’t have corona.

“You guys should focus on selling tickets to your concert; I mean, fight next week [between Teofimo Lopez and George Kambosos Jr],” said Mayweather Promotions CEO Leonard Ellerbe in sending a message to Triller Fight Club.

“Teo and his pops have told everyone they are predicting 2m PPV buys for his fight against Kambosas. One thing for sure, prior to [Teo] testing positive, ticket sales were completely trash,” said Ellerbe about the ticket sales for the Teofimo vs. Kambosos Jr fight before it was postponed due to Teo’s unfortunate COVID 19 news. 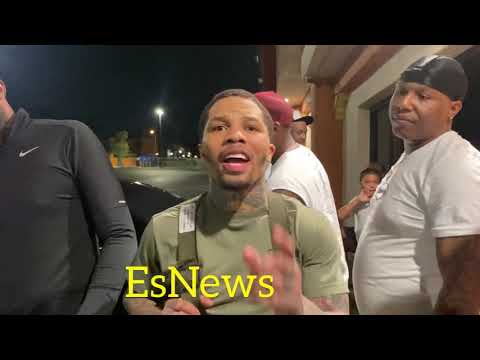 By now you’ve heard the news that I have had to withdraw from the fight due to COVID.

Being a champion means doing hard things. NO EXCEPTIONS. And I choose to keep my fellow athletes safe.
(Part One)

If the Teofimo vs. Kamboso Jr was postponed due to poor ticket sales, you have to believe they’re going to run into the same problem on August 14th as well.

It’s such a terrible fight on paper, and it doesn’t matter how far into the future it’s kicked. The fact of the matter is, Tefimo vs. Kamboso Jr isn’t a PPV-worthy fight, which is why Top Rank promoter Bob Arum wasn’t eager to make it a marquee-level fight for ESPN.


« Naoya Inoue: Is he the next Pacquiao?