Deontay Wilder warns Tyson Fury: ‘I’m going to run you over with a train’

By Allan Fox: Deontay Wilder took to social media on Monday to warn Tyson Fury that he’s going to be running over him like a train next month in their trilogy match on July 24th.

This warning is former WBC heavyweight champion Wilder’s way of topping Fury’s recent prediction in which he said he was going to run him down like a big 18-wheeler semi in their third fight.

Wilder (42-1-1, 41 KOs) is hitting the weights hard to bulk up with his upper body. This decision by Wilder to lift weights may be a decision based on Fury saying he wants to bulk up to 300 lbs to run him over.

Wilder vowing to run Fury over

“I’m going t be a train. You said you’re a semi-truck. I’m going to run you over with a train,” said Deontay Wilder in sending a message to Tyson Fury.

“It’s a scary fight because Wilder can knock anybody out, and he can upset the whole applecart,” said Chris Algieri to Fighthype. “I’m not a big fan of this fight happening right now because I want to see Fury and Joshua.

“But listen, if it ends up being Wilder, it is what it is. These are heavyweights. Yes,” Algieri said when asked if he favors Fury. “I favor Fury. I think Fury is a very hard man to beat. Coming off his last fight and just his aura and vitality and just the energy he’s sucking up. He’s the guy.

“Yes, being shirtless and acting the way he acted. He was very concise with what he said,” Algieri said when asked if it was a victory for Fury during his long five-minute staredown with Wilder during their press conference two weeks ago.

With Wilder’s right-hand power, he could steamroll Fury if he’s able to land his shots on the button.

All that weight that Fury is packing on won’t help his punch resistance. The brain stays the same no matter how much weight a fighter packs on.

Fury is counting on Wilder being stationary like he was last time o that he can bully him to the ropes and then use his huge 40+ lb weight advantage to pin rough him up.

Something was wrong with Deontay

“I think it’s going to be interesting because the first fight was close, a draw, and it was a close fight,” said Robert Garcia to Behind The Gloves on the Wilder vs. Fury match-up.

“Wilder was actually able to drop him. You can make a case where the referee could have stopped it because he [Fury] got up slowly.

“He gave both fighters the opportunity, and it turned out to be a draw. The second one, I believe Wilder, something was wrong with him. I said it when I saw the fight right away.

“Maybe he got sick. Maybe he got hurt, maybe something. I kind of had a feeling that something was wrong with him. If that was the case, then now he comes in really good condition.

“It should be a really great fight. I think the trilogy could turn out to be a great fight,” said Robert Garcia on the Wilder vs. Fury fight. trilogy

Wilder wasn’t there even before the fight. That heavy costume that he wore into the ring took away his legs. Of course, Fury added to Wilder’s woes by clipping him with shots behind his ears in the first three rounds. 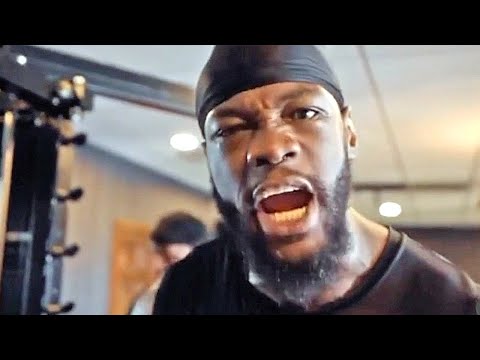 
« Gervonta Davis will campaign at 140 in the future