In the co-feature former Olympic Silver Medalist, No. 7 WBA and WBO No. 12 ranked Bektemire “Bully” Melikuziev scored a first-round knockdown only to be knocked out in the third round by Philadelphia’s ”King” Gabriel Rosado for the WBA Continental Americas and vacant WBO International World Super Middleweight titles.

In the first two rounds, Munguia had the edge against late sub (On a 2-week notice) Szeremeta.

In the third and fourth rounds, Munguia used a big body attack with left uppercuts. In the fifth round, Munguia hurt Szeremeta with a right to the body.

He landed a flurry of punches with little return from Szeremeta. In the sixth round, it was all Munguia with a vicious body attack having Szeremeta hurt several times and almost out at the bell.

The corner of Szeremeta informed the referee Rafael Ramos the fight was over. Former world champion Erik Morales was the new trainer for Munguia.

“My offense was my defense from the first round. It’s my third fight at this weight, and I feel more comfortable. I was surprised he took so many punches. I’m ready for a title fight at middleweight,” said Munguia.

In the co-feature unbeaten former Olympian southpaw Bektemir “Bully” Melikuziev, 7-1 (6), #168, of Shoimbek, Uzbekistan, was upset by “King” Gabriel Rosado, 26-13-1 (15), #168, of Philadelphia, PA, at 1:21 of the third round of a scheduled 12, winning the WBA Continental Americas and vacant WBO International World Super Middleweight titles.

In the first round, in the final seconds, a left to the body from Melikuziev dropped Rosado for an 8-count from referee Rocky Burke as the round came to an end.

In the third round, with Melikuziev having Rosado backed into a corner was hit with the first solid punch from Rosado, a lead right on the chin dropping Melikuziev to his knees as referee Burke counted him out!

“I feel great, and first of all, I want to thank God and put all my trust in God. (After the knockdown in the first) He caught me good.

‘I knew it was a 12 round fight, and I knew I had time after getting dropped with that body shot. I knew I had the will to win. Everyone knows I beat Danny Jacobs and now this kid. We want Mungia, baby,” said Rosado. 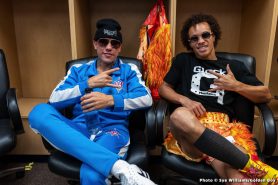 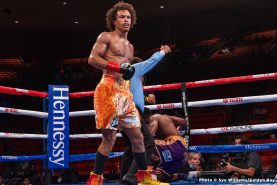 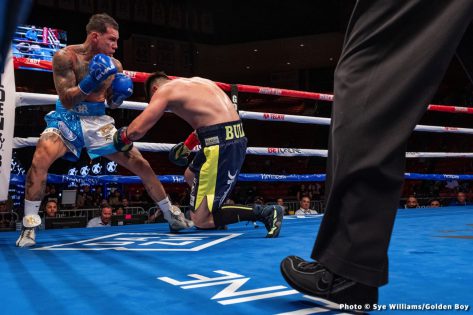 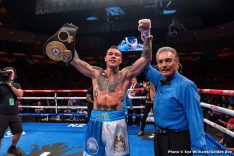 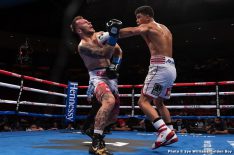 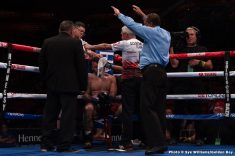 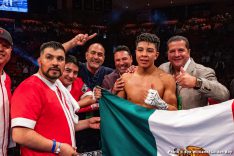 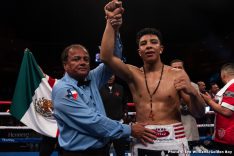 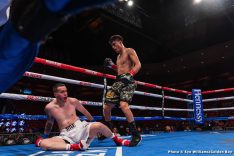 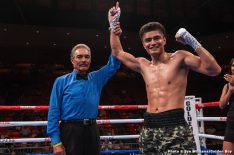 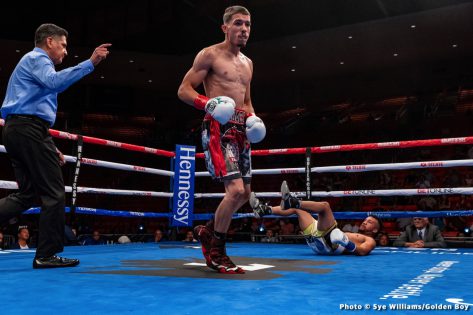 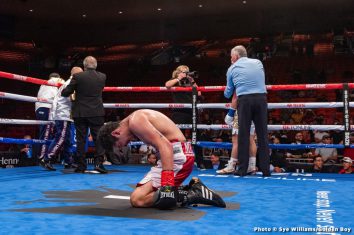 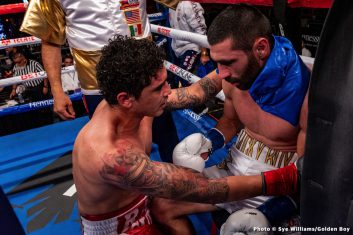