Tyson Fury: I’ve been told the Anthony Joshua fight is 100% on for Aug.14th

By Charles Brun: Tyson Fury posted a message on social media on Sunday, saying that Prince Khalid has told him that his fight with Anthony Joshua would “100%” be taking place on August 14th in Saudi Arabia.

Unfortunately, Fury didn’t say anything about signing the site deal for the AJ fight, which means his announcement could be premature. Whatever Fury says about the fight could be more nonsense.

If the arbitrator rules against him, he’s going to be stuck fighting Deontay Wilder again, and there’s a good chance he’ll lose. Wilder has a new trainer in Malik Scott, and he’s getting him ready to destroy Fury in their trilogy match.

Fury sounded kid-like with his announcement today as if he had doubts himself on whether the fight with Joshua would occur.

“I’ve got some massive news for you guys,” said Tyson Fury on Instagram on Sunday. “I just got off the phone with Prince Khalid from Saudi Arabia.

“He told me this fight is 100% on for August 14th, 2021, summertime. All eyes of the world will be on the kingdom of Saudi Arabia, and I cannot wait, I repeat, I cannot wait to smash Anthony Joshua on the biggest stage of all time.

“This is going to be the biggest sporting event ever to grace the planet Earth. Do not miss it—all eyes on us. Peace out, God bless. I’ll see you all in Saudi,” said Fury.

The fans are pretty burned out from this fight, and many of them have stopped believing what’s being told to them by the fighters and their promoters.

Fury is going to look silly if the Joshua fight fails to happen, which is why he should keep his trap shut and let the promoters be the ones that announce – or don’t announce- the fight.

While it’s nice that Fury has been told by Prince Khalid that he’ll be fighting Joshua (24-1, 22 KOs) in Saudi on August 14th, but that doesn’t mean anything.

If the arbitrator for Fury’s arbitration hearing with former WBC heavyweight champion Deontay Wilder rules against him, it won’t matter what assurances he’s given by the prince.

If Fury skips out on fighting Wilder and ignores the contract with Wilder, it could cost him a fortune in paying fees. Fury was supposed to fight Wilder in a third fight after beating him in their rematch last year.

Fury chose to go off in another direction to face Joshua, which is why he’s now dealing with an arbitrator. 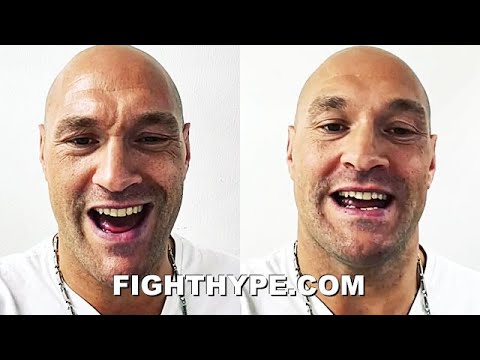