Nordine Oubaali battles Nonito Donaire on May 29th on Showtime 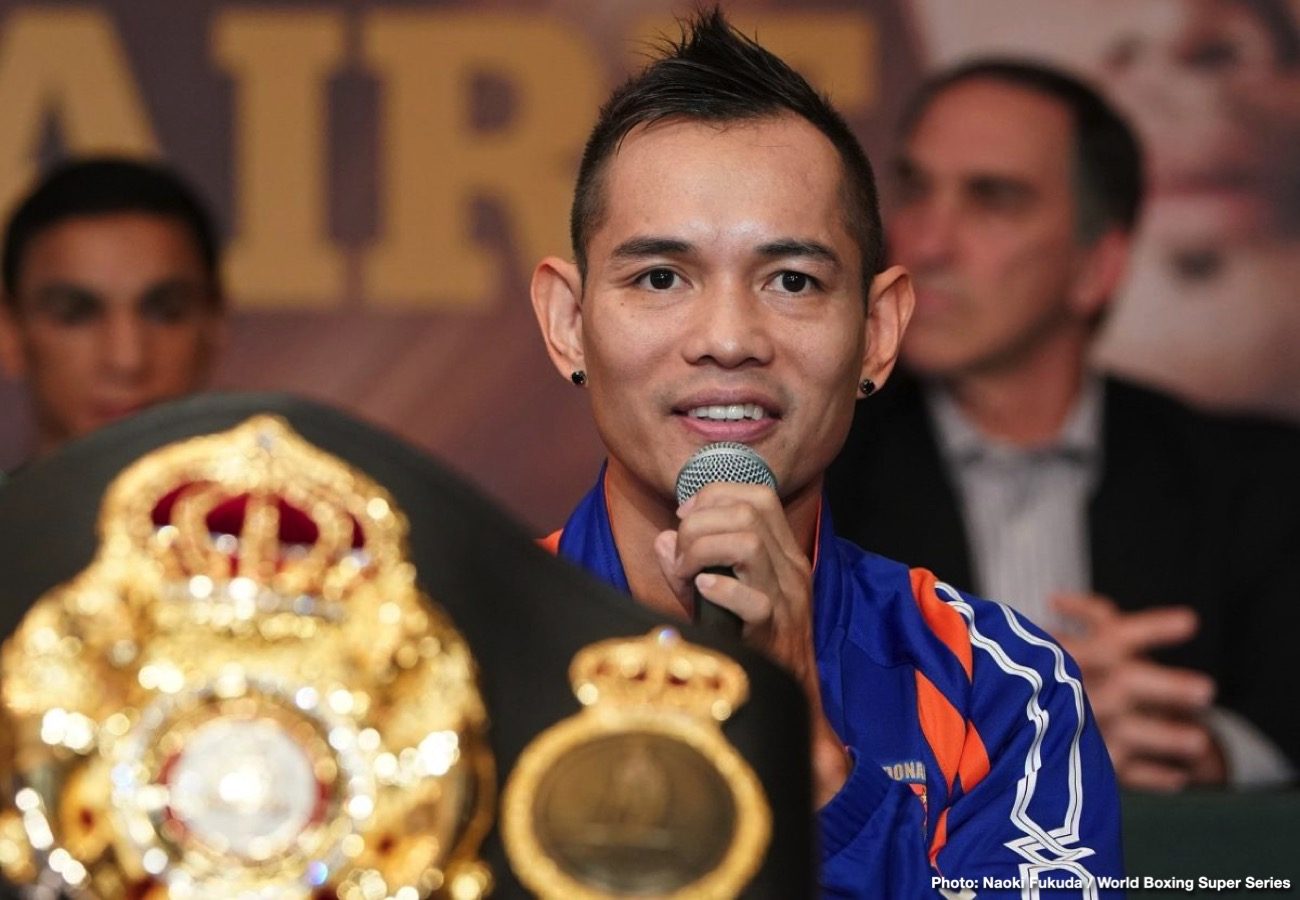 In the telecast opener, unbeaten 2016 U.S. Olympian Gary Antuanne Russell will face Jovanie Santiago in a 10-round super lightweight clash.

“Oubaali and Donaire have been preparing to face each other for at least a year now, so you know these two warriors will be ready to let their fists fly once the bell finally rings on May 29,” said Tom Brown, President of TGB Promotions.

“Oubaali has proven himself a force at bantamweight and will have a chance to reach a new level with a victory against Nonito Donaire, who has solidified his Hall of Fame credentials by adding to his resume in recent years.

With two exciting undercard fights leading up to our main event, this should be a high-stakes night from start to finish.”

TGB Promotions promote the event. Tickets are on sale now and can be purchased at AXS.com. Dignity Health Sports Park will be open to fans in a limited capacity, with all guests remaining socially distanced and subject to local and state health guidelines throughout the event.

Oubaali and Donaire will finally meet in the ring after they were originally scheduled to square off last year in a SHOWTIME main event.

Oubaali will seek a career-best victory over a future Hall of Famer, while Donaire looks to add another triumph to his sterling career resume.

The winner of this fight will have their eye on the winner of the upcoming showdown between former unified champion Guillermo Rigondeaux and WBO Bantamweight Champion John Riel Casimero, who are set to meet on SHOWTIME on August 14 in a Premier Boxing Champions event.

A two-time Olympian for France, the Pas-de-Calais native Oubaali (17-0, 12 KOs) will make his third title defense when he enters the ring to face Donaire.

The 34-year-old southpaw won his title in his U.S. debut, beating former champion Rau’shee Warren in January 2019 on his way to a decision victory.

Oubaali followed that up with successful defenses against Arthur Villanueva and Takuma Inoue. A pro since 2014, Oubaali’s rise up the rankings was buoyed by a stoppage victory over former world champion Julio Cesar Miranda in 2016.

“I’m very excited that this fight is finally here,” said Oubaali. “I know that fans around the world are eagerly waiting to see the two best bantamweights on the planet battle it out.

Donaire is a legend in the sport, and I respect him a lot, but I am the champion of the world, and there is no doubt in my mind that my hand will be raised when we finally meet.

I am fighting for my family and my country, and by beating Donaire, I will put my name in the history books of boxing. I am extremely motivated, and I guarantee fireworks on fight night.”

One of the sport’s most accomplished active fighters, Donaire (40-6, 26 KOs), has captured titles at flyweight, bantamweight, super bantamweight, and featherweight. Representing his native Talibon, Bohol, Philippines, Donaire moved back down to bantamweight in 2018 and upset then-unbeaten champion Ryan Burnett in his hometown to capture a title once again.

Donaire would add a knockout over Stephon Young before dropping his last outing, the 2019 Fight of the Year against unbeaten unified champion Naoya Inoue.

“I always come to bring a fight and entertain, and I can’t wait to perform in front of the fans again on May 29,” said Donaire. “I showed in my last fight that I still have the skill, heart, and determination to stand up against the best in this sport. I’m always working on keeping my body in shape and my reflexes on point while retaining my power. I can’t wait to show everything I can do in the ring against Oubaali.”

Fighting out of his native Fajardo, Puerto Rico, Matias (16-1, 16 KOs) most recently scored an impressive stoppage of previously unbeaten Malik Hawkins via a sixth-round TKO their October 2020 clash on SHOWTIME.

The 29-year-old bounced back from his previous outing, which saw him lose a narrow decision to Petros Ananyan. Before his lone loss, Matias stopped his first 15 opponents inside the distance and has yet to decide on a victory.

“I’m pleased about this opportunity,” said Matias. “I appreciate my team for making this fight possible. The best man will win on May 29, and I commend my opponent for stepping up to the challenge.

We’re going to deliver a great fight for the fans. I am the pride of Maternillo, and this will be a victory for all of them.”

The 30-year-old Jukembayev (18-0, 14 KOs) rose the rankings with a victory over former world champion Miguel Vazquez in September 2019 and most recently knocked out Ricardo Lara in January 2020.

Born in Kazakhstan and having previously fought out of Montreal, Quebec, Canada, Jukembayev turned pro in September 2015 after compiling an impressive amateur record of 203-40. He will make his U.S. debut on May 29 when he faces his toughest test to date in the dangerous Matias.

“I’ve had a full training camp in Los Angeles with Manny Robles, and I’m ready to showcase myself on the world stage,” said Jukembayev. “I’m undefeated, and my time is now. I’m facing a strong and experienced opponent, but I believe that I have all of the tools to be victorious on May 29.”

The 24-year-old Gary Antuanne Russell (13-0, 13 KOs) has yet to allow an opponent to make it the distance against him since turning pro in 2017 following his run representing the U.S. at the 2016 Olympics.

Russell added five more stoppage victories in 2019 before his most recent outing saw him knock out Jose Marrufo in the first round in February 2020.

Russell is a boxing lifer in one of the sport’s preeminent fighting families. His father, Gary Sr, trains him., alongside his older brothers, WBC Featherweight Champion Gary Jr bantamweight contender Antonio.

“I’m following in the footsteps of a champion, my older brother Gary Russell Jr.,” said Russell. “Our bloodline is strong. I’m among a bloodline of royalty. It’s only natural that I’m walking in his footsteps towards becoming a champion of my own. I’m looking forward to May 29. Another one bites the dust.”

Born in Bayamon, Puerto Rico and now residing in Dorado, Santiago (14-1-1, 10 KOs) impressed in his U.S. debut in February despite losing a competitive decision against four-division champion Adrien Broner on SHOWTIME.

The 31-year-old had won four of five fights by knockout leading into the Broner fight, following a 10-round decision triumph over DeMarcus Corley in 2017. Santiago’s only blemish before the Broner fight was a majority draw in just his third pro contest.

“I always train very hard regardless of my opponent, and that’s no different this time for Russell,” said Santiago. “Everyone saw what I did against Broner. Now fighting at 140-pounds, I’m going to continue to show what I can do in this division. My opponent is strong, but I’m ready for whatever he brings. My performance will get me noticed for sure.”

Shawn Porter moving on from Terence Crawford, will fight in July »