Manny Pacquiao says negotiations are “ongoing” for next fight

By Chris Williams: Manny Pacquiao is in “ongoing” negotiations for his next fight against a still-to-be-revealed mystery opponent. The 42-year-old Pacquiao (62-7-2, 39 KOs) could be fighting for the last time, making it important that he face someone the fans want to see.

Pacquiao hasn’t fought in two years since his victory over Keith ‘One Time’ Thurman in July 2019, and there’s been a lot of names bandied about in who he’ll face when he does return o the ring.

Fans would much prefer to see Pacquiao fight a rematch with Thurman than watching him take on Mikey and take advantage of his anemic work rate.

Mikey’s punch output is similar to Adrien Broner’s, and he’s not capable of beating anyone of quality at 147.

Pacquiao will likely make more money fighting Spence or Crawford than Mikey, but his career could end on a bad note with him getting beaten up. If Pacquiao faces Mikey, he’ll most probably win, but it would a case of him ending on a whimper.

If Pacquiao chooses to go the Mikey route, he would be following in the footsteps of Floyd Mayweather Jr, who ended his pro career weakly by facing Conor McGregor after an easy mismatch against a shot Andre Berto in 2016. 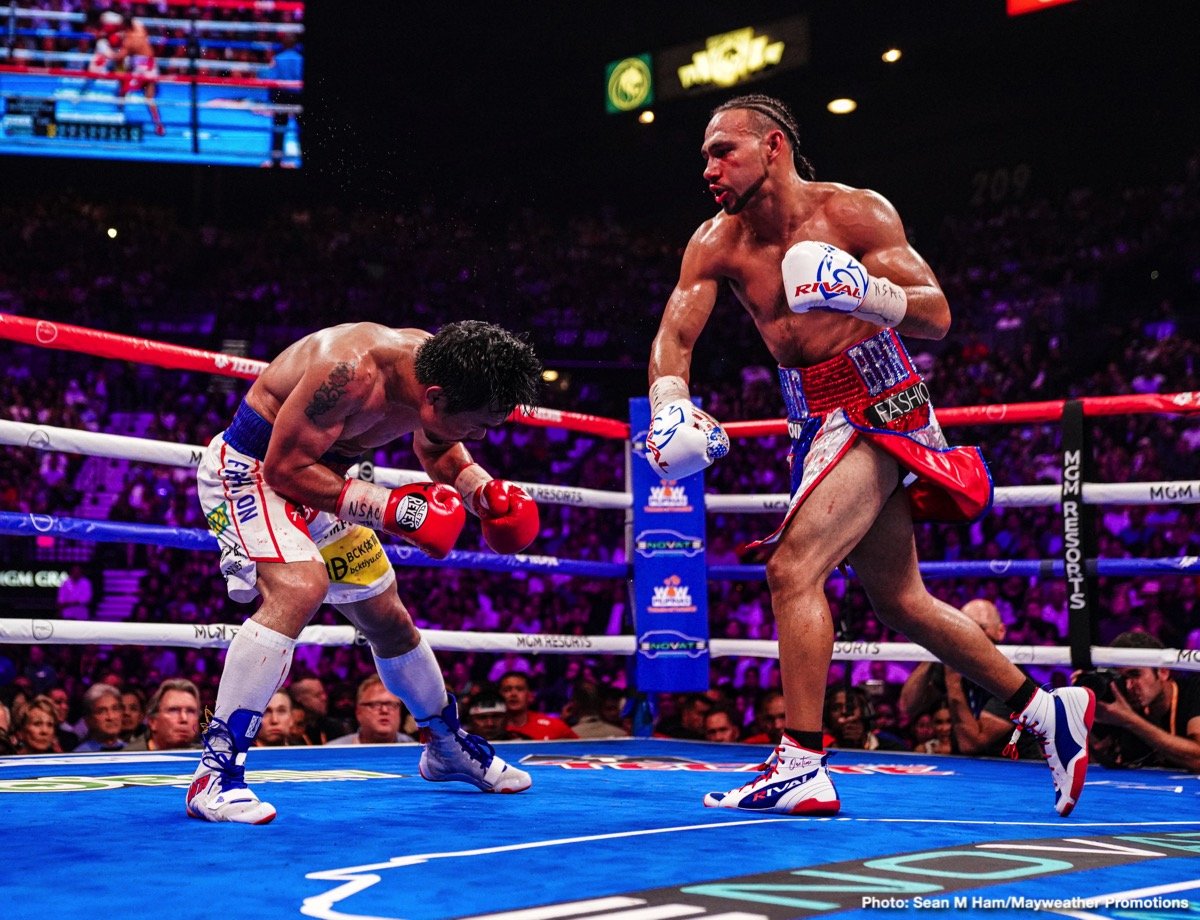 “The negotiations are ongoing. I will not go into details so that there will not be any problems,” Pacquiao said to the media about his next fight. “We won’t answer that for now because that is part of the negotiations. That [my retirement] will be included in the announcement.”

If Pacquiao retires, it would be nice for him to fight someone that the boxing world actually wants to see him battle than taking on an over-matched guy. But there will be enough of Pacquiao’s enablers to give him a free pass if he takes on a soft opponent like Mikey Garcia.

A rematch with Floyd Mayweather Jr would be ideal for Pacquiao, but unfortunately, Floyd is no longer willing to take on the opposition that could potentially beat him.

The 44-year-old Mayweather is just into fighting hapless YouTubers and MMA guys at this point in life. His career is over, but he’s just hustling exhibition matches against opposition with no boxing background.

“I didn’t become a boxer to fight in four-rounders or 10 rounders; I boxed to become a world champion,” Pacquiao said. “Any politician, even a Barangay chairman, dreams of becoming president.”

Deejay Kriel: The Drive and Desire to be Champion »