Joshua lectures Fury for making a wreck of their fight

By Charles Brun: Anthony Joshua really unloaded on Tyson Fury on social media on Wednesday for making a complete mess of their August 14th fight by losing his arbitration case against Deontay Wilder.

Joshua says he’s thinking about starting a “go fund me page” so that he can help Fury come up with the £20,000,000 that he needs to pay Wilder for his step aside.

AJ and Fury only have until the end of this week to get a step aside agreement put together to get Wilder to disappear, as the World Boxing Organization has set a 48-hour deadline as of today for Joshua to prove that the fight with ‘Gypsy King’ will still take place by August 14th.

If they’re unable to prove the fight can still happen, Joshua will be ordered to defend his WBO belt against mandatory Oleksandr Usyk, whose lawyer has already written to the sanctioning body to request them to enforce his mandatory status.

Fury (30-0-1, 21 KOs) and management gave the impression that they were going to win the arbitration case with Wilder, so they went ahead and negotiated the fight with Joshua while it was still underway. As we discovered last Monday, Fury and his team were wrong.

Wilder won the case, and now Fury has been ordered to fight the former WBC champion by September 15th in a match that is far from a sure thing for him.

Joshua says Fury is nothing but a “fraud” who “lied” to the fans, making them believe they were to be seeing this big fight.

“Tyson Fury, the world now sees you for the fraud that you are. You’ve let boxing down. You lied to the fans and led them on, used my name for clout and not for a fight. Bring me any championship fighter that can handle their business correctly.

“I’m thinking about starting a go fund me page to raise money for Wilder’s step aside payment. £20,000,000. So I can smoke that fat guy [Fury] with skinny legs from Manchester. These heavyweights need a podcast or something because they do more talking than fighting.”

Some of the desperate boxing fans suggest that the same Saudis that came up with the $155 million site fee for the Joshua-Fury fight dig a little deeper to come up with an extra $30 million to pay Wilder to step aside. It’s improbable they’ll come to the rescue to fix Fury’s huge blunder. 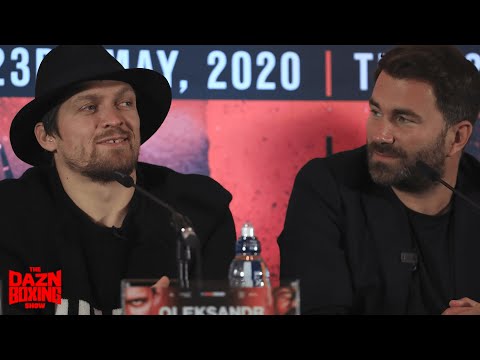 
« Josh Taylor: Jose Ramirez is vulnerable, he’s going to be easy to find