By Jeff Aronow: Joseph Parker could face Filip Hrgovic in an IBF sanctioned heavyweight title eliminator if an offer is put to him that good enough to take the fight.

Parker, 29, is being considered for the fight with the #5 IBF Hrgovic after Michael Hunter chose not to take the match.

For a talented fighter like Hunter to pass up on an IBF title eliminator that would earn him a massive multi-million title shot, it shows you how dangerous a threat Hrgovic poses.

The money that Hunter would get in challenging for a world title would be enough for him to retire on and live a comfortable life.

With Parker’s high ranking with the IBF, WBC, and WBO sanctioning bodies, he’s in a great position to pick and choose his route to a lucrative world title shot.

Parker is coming off a 12 round split decision over journeyman Dereck Chisora on May 1st, and Matchroom Boxing promoter Eddie Hearn had hoped of setting up a rematch.

But if there’s a better opportunity for Parker to earn a mandatory spot to face the winner of the Anthony Joshua vs. Tyson Fury fights, that could be difficult for him and his manager Higgins to pass up. 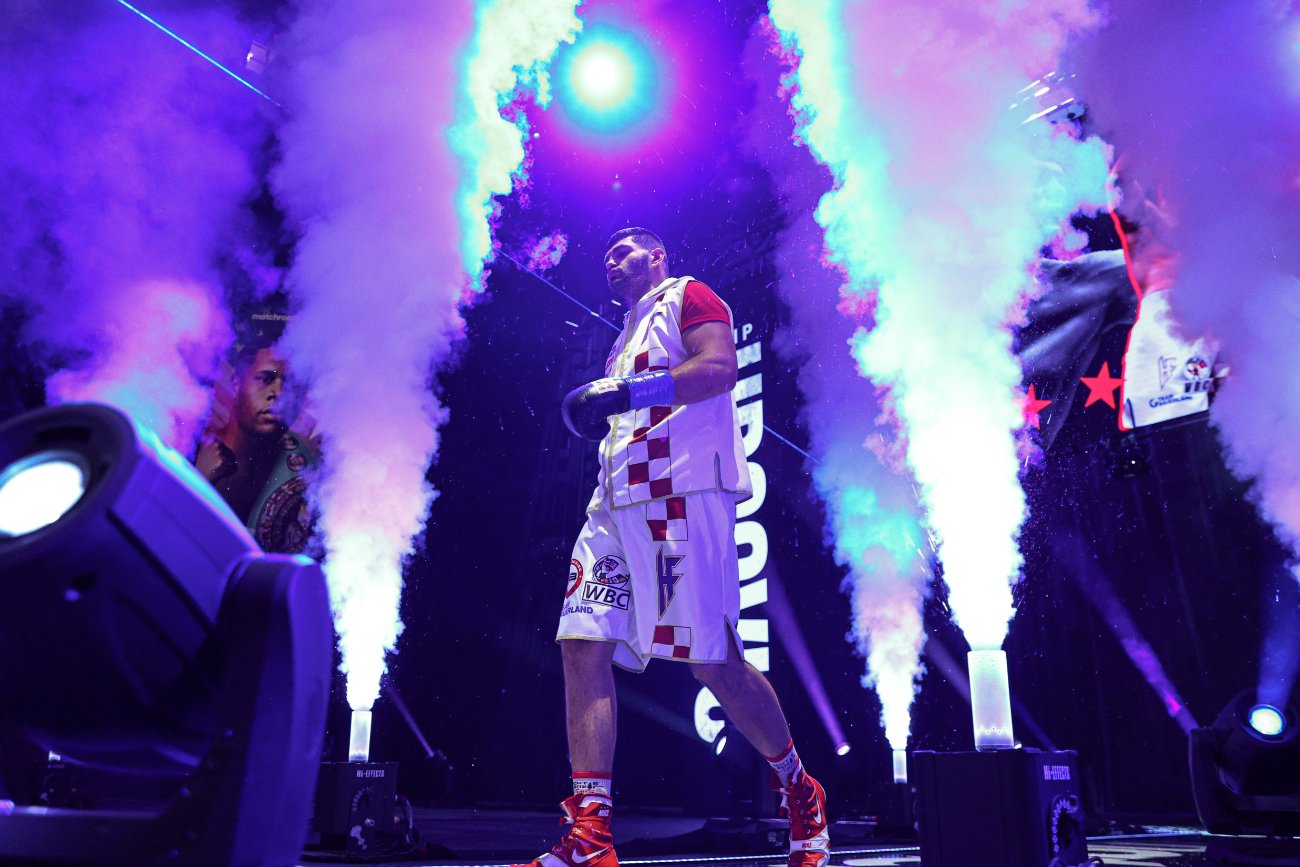 Parker needs to carefully make the right choice, as he looked very beatable in his fight with the 37-year-old Chisora on May 1st at the Manchester Arena in Manchester, England.

Going off that performance by Parker, he might not have it in him to beat the unbeaten 2016 Olympic bronze medalist Hrgovic. That’s a fight that Parker would have had a better chance of winning five years ago when he was in the zenith of his career in 2016.

Higgins to weigh pros and cons of Hrgovic fight

“It depends what the offer is,” Higgins said Sky Sports in talking about a fight between Parker and Hrgovic. “It’s [Hrgovic fight] something that we as a team would have to discuss and weigh up the risks and returns.

“Obviously, Joseph is ranked quite highly in three of the four credible sanctioning bodies.

“He doesn’t need to rush into the wrong fight with any one of them, but if someone is to make contact and make an offer, it will always be considered.”

“He [Parker] would genuinely face anyone, anywhere, if it’s the right opportunity and the right time,” said Higgins.

The way that Higgins is talking, he doesn’t exactly confident about Parker, does he?

He sounds like he’s dealing with someone fragile, suggesting that he might go in another direction rather than risk putting Parker in with Hrgovic.

Joe Joyce: ‘Hurry up AJ make the fight, so I can beat Usyk up’ »