Jermell Charlo: Saunders is scared of Canelo, he don’t want that smoke

By Dan Ambrose: Jermell Charlo says Billy Joe Saunders is showing fear of Canelo Alvarez by refusing to fight him in a 20-foot ring on Saturday in their fight at AT&T Stadium in Arlington, Texas.

Saunders appears to be backing down from the fight with Canelo because of the ring size, and he’s saying he won’t face him unless he gets his way.

Billy Joe’s dad is talking about flying him home to England because he doesn’t want to fight the superstar Canelo in a 20-foot ring.

Saunders, a no-show for Canelo face off

The fight isn’t officially off, but it was a bad sign on Tuesday when Saunders failed to show up for his head-to-head with Alvarez (55-1-2, 37 KOs) at the AT&T Stadium for a photoshoot with the media.

IBF/WBA/WBC junior middleweight champion Charlo can’t understand where Saunders (30-0, 14 KOs) is coming from because his mindset is alien to his risk-taking mentality when it comes to his career.

Charlo would never do something like this, so it’s hard for him to understand a person like Billy Joe.

Saunders talking about taking a flight home rather than fighting Canelo on Saturday because he won’t agree to fight him in a 22-foot ring.

Canelo wants the fight to take place in a 20-foot ring, but that’s not good enough for Saunders and his dad, Tom.

Team Saunders originally wanted a huge 24-foot ring, but they agreed to fight Canelo in a 22-foot. The normal maximum ring size is 20-feet, but obviously, Saunders wants an advantage against Canelo.

Jermell: Saunders is scared of Canelo

“Come on, Billy Joe. You on some bull s***. P***y, you scared of Canelo. You don’t want that smoke. Canelo is by far the best fighter in the world title now, I’m not going to lie to y’all.So the best should fight the best. Canelo works hard just like me. I like when mother f**** work hard,” said Jermell.

Fleeing the battlefield is worse than the loss that Saunders will take against Canelo because his career will be dust after this.

If Saunders doesn’t stick it out to fight Canelo, it’s going to have serious repercussions for the remainder of his career. The top guys won’t want to fight Billy Joe because they won’t trust him not to pull the same stunt with them.

“This will be the biggest upset in boxing or at least in the last 20 years,” said Saunders to DAZN about him dreaming of beating Canelo. “I believe this is meant to be. 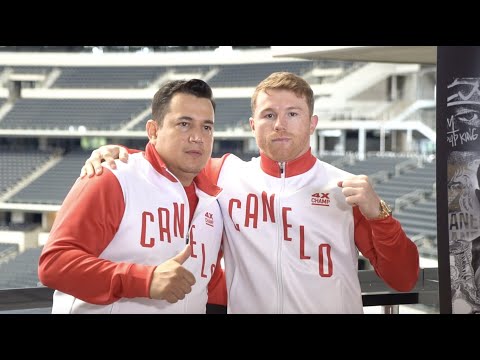 Artur Beterbiev vs. Joe Smith Jr in autumn at MSG in New York »