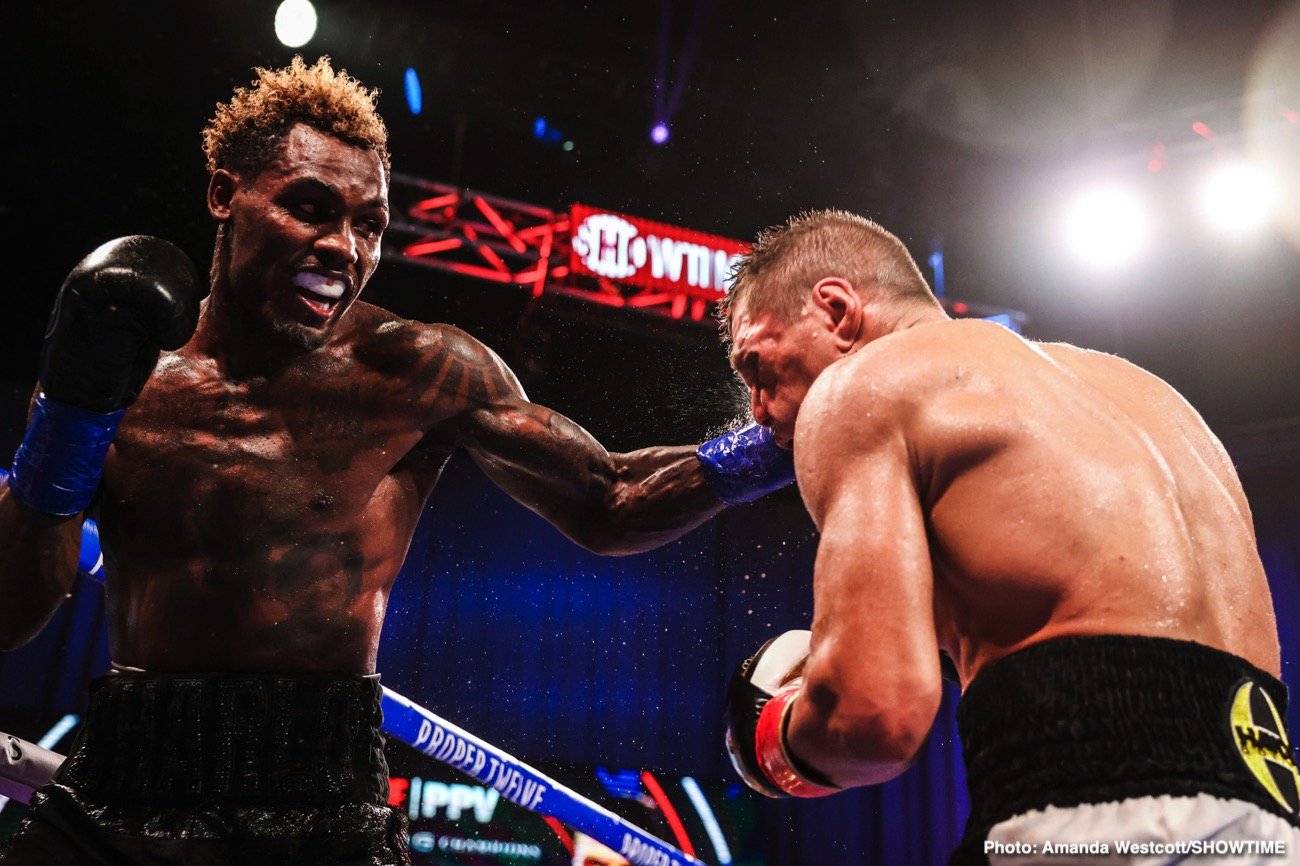 By Brad Slotnick: Jermall Charlo is hoping that his management can set up a unification fight between him and IBF middleweight champion Gennady Golovkin after making his title defense of his WBC belt on June 19th against Juan Macias Montiel.

Although there’s talk of Golovkin sitting and waiting until December before fighting again, it’s possible that he can be persuaded to get back in action with the right offer to fight Charlo.

The 39-year-old Golovkin appears to be heading out the door with his career, and he may retire after he finishes the last three fights on his contract with DAZN.

“My team has reached out to guys like Golovkin, Canelo, and Andrade,” said Jermall to PBC Podcast. “Whoever has a belt at 160. I’m obviously one of the top-tiers in the division, so it’s not as if they can avoid me,” said Jermall.

If Charlo’s team really approached Golovkin about a fight and he didn’t take it, there’s no point in talking about him. Golovkin might be looking more towards taking easy opposition until he gets his cash-out trilogy fight against Canelo.

With the possibility of making many millions against Alvarez, you can’t blame Golovkin if he wants to be extra careful in the opponents he selects before he gets that fight.

WBO middleweight champion Demetrius Andrade (30-0, 18 KOs) and his promoter Eddie Hearn have both said that they’ve attempted to set up a fight with Charlo, but he’s not accepted.

But here, Charlo is saying that his team “reached out” to Andrade, which means someone is confused. Is Charlo not aware of what’s going on with his management, or are Andrade and Hearn both giving misleading information?

As desperate as Andrade sounds, it’s hard to imagine him making stuff up about having tried to set up a fight with Charlo.

Canelo Alvarez said a couple of weeks ago that he would be interested in facing Jermall, but he didn’t say when.

The earliest that Canelo would be available to fight Charlo would be in 2022 because he’s not going to want to jump back in the ring three months after his clash with Plant (21-0, 12 KOs).

Just in case Charlo doesn’t get the fight with Golovkin, it would be an excellent idea for him to order his promoters to set up a fight with Demetrius. That’s a fight that will help his career immensely.


« Demetrius Andrade labels Canelo a “Coward” for avoiding him