Reynoso posted on Twitter that he wants to see the former WBO super middleweight champion Saunders “Continue on” with his career, which is now in doubt due to his terrible eye injury.

Although it would have obviously been better if  Canelo (56-1-2, 38 KOs) had been the one to wish Billy Joe a “speedy recovery,” at least his trainer Reynoso did it for the entire team.

One would think that Reynoso checked in with Canelo beforehand to let him know what he was intending on doing by sending out the Tweet.

On behalf of the entire team that make up the canelo team, we wish you a speedy recovery and that you continue on in your wonderful champion career !!
Blessings @bjsaunders_ 🙏🏻🙏🏻👊🏼🇬🇧🇲🇽👊🏼

“I originally said he quit, but then I looked at how severe the injury was,” said Regis Prograis to Fighthype about Saunders bowing out of the fight with Canelo.

“If that was true what happened with his face was separated, Canelo f**** him up. It don’t break down like that. It’s crazy how hard Canelo hits. The x-ray looked like he separated his cheekbone.

He was taking some s*** about Daniel Dubois because he quit too. I guess he had an excuse [for quitting]. At the same time, he got f*** up bad,” said Prograis.

It goes without saying that Canelo messed Saunders up with the uppercut that he hit him with in round eight. But that being said, Canelo didn’t really batter Saunders in the traditional sense.

You can say that Gennadiy Golovkin took more overall punishment and ate more shots from Canelo in their second fight than Saunders did.

If you take the eye injury away, Saunders didn’t take a lot of punishment from Canelo. Before Saunders’ eye went, his face was relatively unmarked through the first seven rounds.

That wasn’t the case with Golovkin. He was already beaten up looking after seven rounds against Canelo.

Alvarez had too much experience for Billy Joe

“I thought it was a massive step up,” said Barry Jones to PEP Talk UK about Saunders stepping up too far against Canelo.

“Billy is brilliant to watch, but he hasn’t boxed near this level through design or just dumb luck. I think Canelo has fought constantly at a higher level than Billy has boxed at, and he’s used to adapting on the fly.

“He had just too much knowledge, experience, and the ability for Billy and it looked that way. In the fourth round, he [Saunders] got himself back into the fight, but he had to work ever so hard to do that.

“Canelo was boxing within himself it seemed, whereas Billy was boxing at full throttle just to nick a round, and that was the difference. The eighth round was a bad round for him.

“Billy was exhausted, hurt and he was behind. Even though he wasn’t massively behind, it looked hard for him, but it didn’t look hard for Canelo,” said Jones.

The experience level between the two fighters was big enough to drive a truck through it.

While Canelo has been high-level fighters for over a decade, Saunders had never fought anyone that fit that description.

Saunders could have forced the issue

“It looked like Canelo had more gears to go through, but it didn’t look like that with Billy,” Jones continued. “That was the difference. Billy never looked hurt until the eighth round. 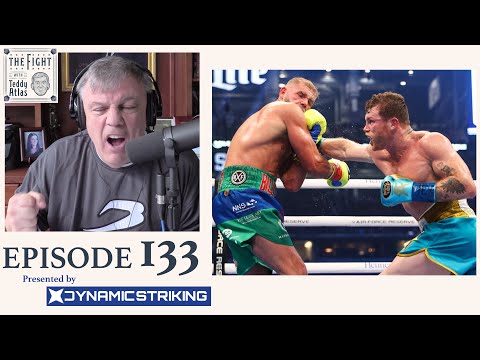 “Some of the things that Billy used in the fight that usually worked for him didn’t work against Canelo.

“I think Canelo looked fresh [in the eighth], and I think Mark Tibbs had that in mind when he stopped the fight. Even if he could half see out of the eye, it was still an issue.

“Even with two good eyes [you’ll have problems with Canelo]. Against a fighter like Canelo, you can’t be half armed. Mark Tibbs did the right thing, but Billy Joe is going to get a lot of flak for finishing on his stool.

“With Billy, the fight wasn’t beaten out of him. If Mark Tibbs was saying, ‘I’m calling it, I’m enough.’ If there’s anything left in Billy, then he goes, ‘No, no, no.’ Mark might still say, ‘No, I’m calling it,’ but I don’t think he [Billy Joe] did. But we don’t know his pain,” Jones said.

Barry brings up a good point about Saunders having the pull to insist that this fight be allowed to continue after the eighth.

If Saunders had really wanted to continue, he could have obviously told his trainer Tibbs in a forceful manner that he wants to go out for the ninth.

We didn’t see any arguing between them in the corner, so it’s reasonable to assume that Billy Joe agreed with Tibbs’ decision.

You can go one step further and say that Tibbs’ decision to top the fight may have been based on his conversation with Saunders in the corner rather than on how he looked.

“Billy can take solace that he won a few rounds against a fighter that is clearly the best on the planet right now in Canelo Alvarez,” Jones said. “He just came second, and there’s no shame in that.

“He never embarrassed himself, he was competitive. But he was second best, even in the rounds he was winning. The whole viewpoint of the fight, Canelo was always in control.

“Where does he go from here?” said Jones about Saunders. “I think he’s a hard sell to get another world title.

“I’m not saying he can’t. He certainly can but they’re all tied up now. He’ll never beat Canelo. Are any of the other guys going to want to fight him?

“He’s a nightmare, and now he doesn’t have that title to lure people in. And obviously, the money is going to go dramatically down. That’s the biggest issue [for Saunders].

“Will his promoter want to invest money in Billy to get him back to a world title where he might win a fight and then disappear for 12 months again.

“It won’t get any bigger than that. It’s a great way for him to go out with his health intact and plenty of money in the bank,” said Jones.

Unless Saunders’ promoter Eddie Hearn is able to set him up with fights against high-profile fighters like Gennady Golovkin or Jermall Charlo, the paydays will diminish for him.

After getting an $8 million paycheck for the Canelo fight, will Saunders be happy fighting for less than $1 million per fight? 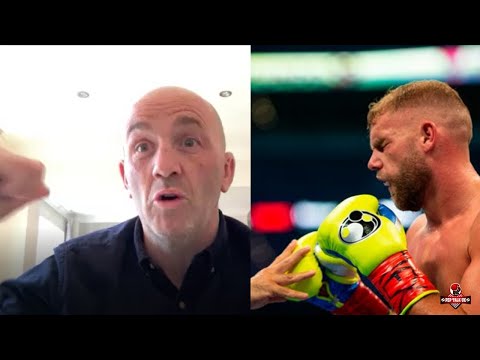 Gilberto “Zurdo” Ramirez vs. Sullivan Barrera on July 9th on DAZN at 175 »