In the fourth round, a right hook on the chin from Russell dropped Santiago for an 8-count by referee Sharon Sands. In the fifth round, Santiago was cut on the outside of his left eyebrow. At the end of the sixth round, the corner of Santiago stopped the fight. 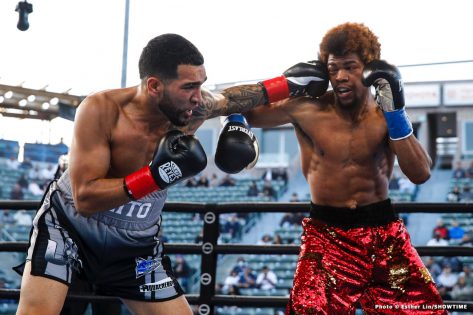 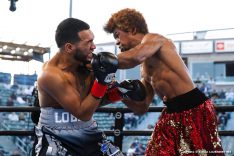 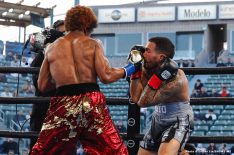 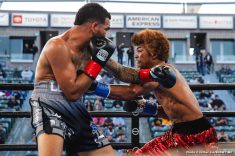 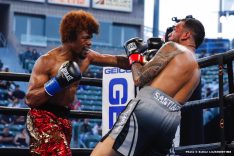 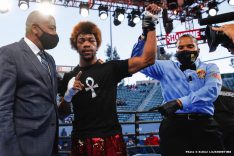 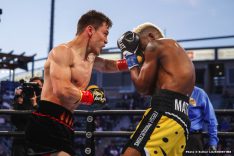 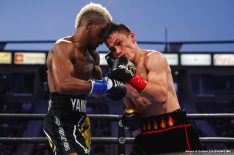 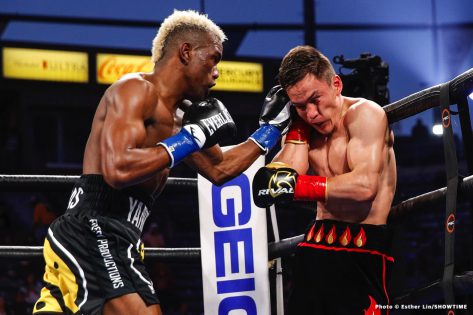 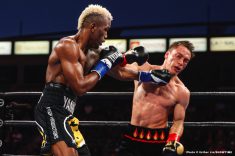 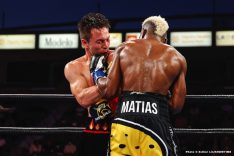 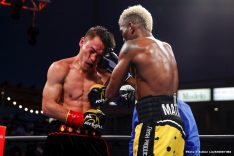 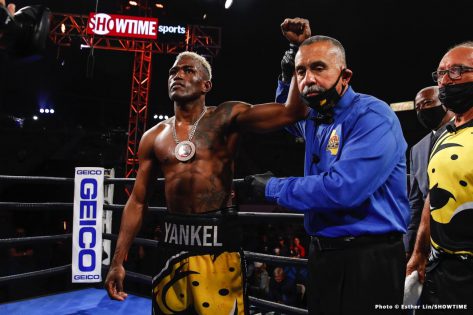 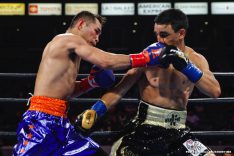 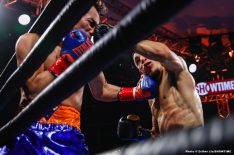 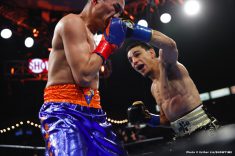 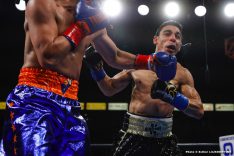 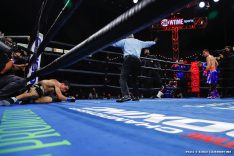 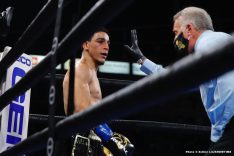 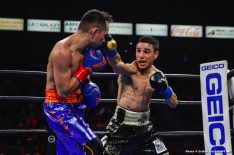 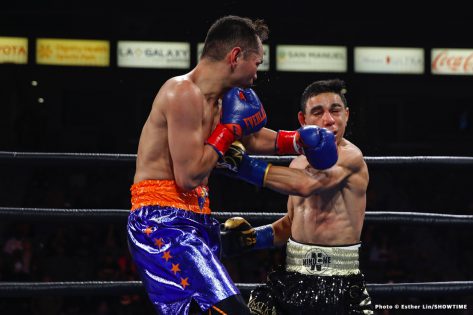 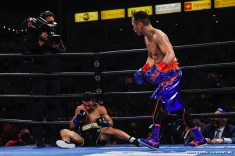 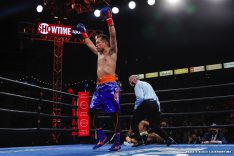 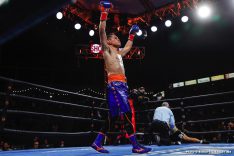 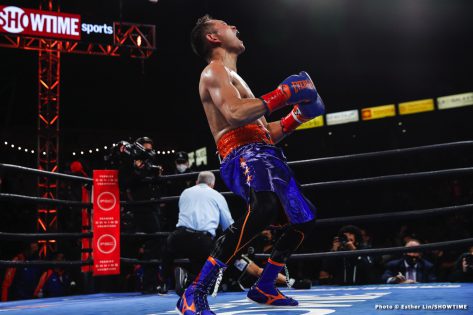 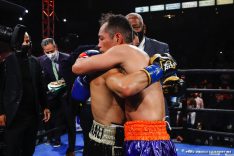 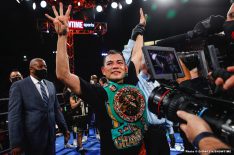