In the first round, Taylor outworked Ramirez. In the second round, Ramirez finished the stronger of the two and won the third with good bodywork. In the fourth, Taylor suffered a cut over the left eye though winning the round along with the fifth round.

In the sixth near the start, a counter left from Taylor on the chin dropped Ramirez for an 8-count from referee Kenny Bayless. Ramirez came back strong upon rising.

In the seventh round’s closing minute, a left uppercut from Taylor on the chin dropped Ramirez for an 8-count. Referee Bayless gave Ramirez too much time before allowing the fight to go on.

In the eighth, Ramirez made it close though Taylor’s uppercuts won the round.

Scores were Cheatam, Moretti, and Weisfeld 114-112, as did this writer.

In the first round orthodox boxer, Lundy came out southpaw against southpaw Zepeda, with the latter taking a close first round. In the second round, Zepeda hurt Lundy with a body shot halfway through the round. In the next three rounds, Lundy had a slight edge at the halfway point.

In the sixth round, Zepeda suffered a small cut under his right eye. In the next three rounds, Zepeda had a slight edge. In the tenth and final round, Lundy fought like he had the fight won, while Zepeda seemed to do enough to take the round and the fight.

Scores were surprising at 98-92 by all three, with this writer 96-94. Referee was Celestino Ruiz.

In the third round, Coria landed a left hook to the chin, dropping Vivas. Shortly later, a pair of rights on the chin from Coria dropped Vivas a second time, with referee Hoyle giving 8-counts.

In the fourth referee, Hoyle took a point from Vivas after several warnings for low blows.

In the seventh round, Vivas had Coria hurt on several occasions with headshots. In the eighth and final round of an all-action fight, Coria was moving and jabbing for the first time, with Vivas pressing and taking the round.

Scores were 75-74 by all, including this writer but for Cori, not Vivas as the three judges.

In the first four rounds, Sims used an effective jab while Rodriguez landed the harder punches, with each taking two rounds. In the fifth, once again, Sims switched to southpaw for some reason.

In the seventh round, Sims bled from the nose while Rodriguez had a small cut over the right eye. In the eighth and final round from southpaw, Sims rocked Rodriguez in the final ten seconds.

In the first five rounds, it was all Cortes outworking and out landing Garza until the sixth and seventh rounds with Garza taking them. In the final round, it was close, with Cortes taking the round.

In the first round, a double left from southpaw Ramirez on the chin rocked Allen. In the second round, over a lazy jab from Allen, Ramirez countered with a left on the chin and down went Allen for an 8-count by referee Celestino Ruiz. In the fourth round, Allen came back well, possibly taking the round. In the sixth and final round, Ramirez wrapped up the win.

In the first four rounds, Muratalla impressed off a good jab, landing left hooks to the body, then the head, along with landing numerous combinations. In the fifth round, Muratalla landed a four-punch combination when referee Mike Ortega had seen enough. It was a one-sided fight from the start.

In the two rounds, Martinez countered the oncoming Metcalf bloodying his mouth in the second round. Halfway into the fourth round southpaw, Martinez landed a combination to the body followed by a right hook on the side of the head of Metcalf, and down he went on his back. Referee Robert Hoyle immediately waved off the fight with Metcalf trying to get up.

Heavyweight “Gypsy King” Tyson Fury was being featured at ringside, keeping everything light with commentators between fights. 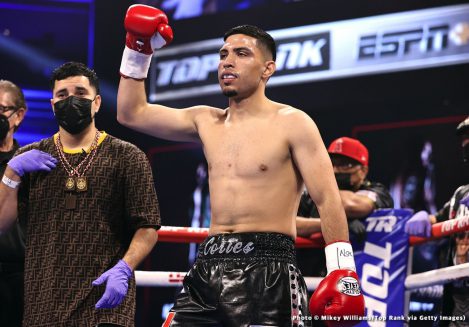 LAS VEGAS, NEVADA – MAY 22: Andres Cortes inside the ring before his fight against Eduardo Garza at Virgin Hotels Las Vegas on May 22, 2021 in Las Vegas, Nevada. (Photo by Mikey Williams/Top Rank Inc via Getty Images) 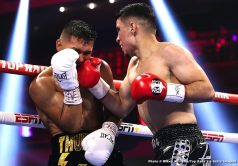 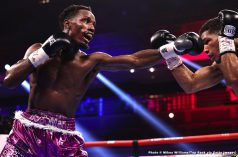 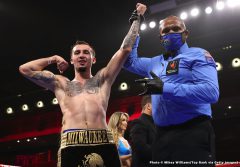 LAS VEGAS, NEVADA – MAY 22: Javier Martinez is victorious as he defeats Calvin Metcalf at Virgin Hotels Las Vegas on May 22, 2021 in Las Vegas, Nevada. (Photo by Mikey Williams/Top Rank Inc via Getty Images) 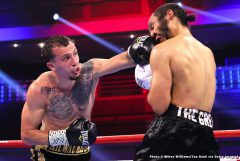 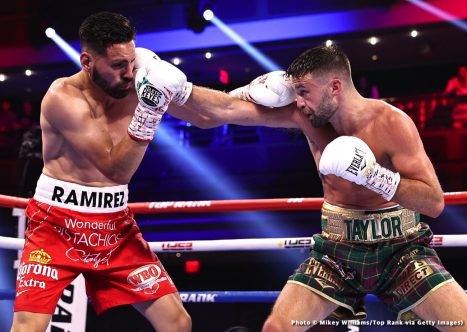 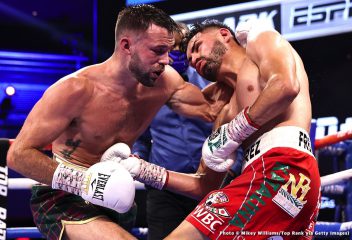 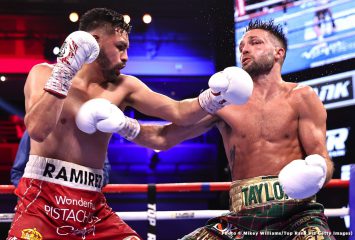 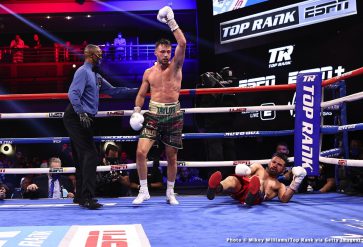 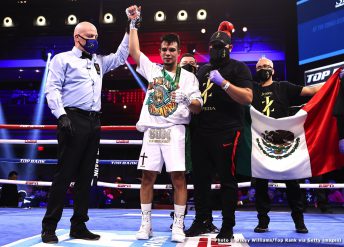 LAS VEGAS, NEVADA – MAY 22: Jose Zepeda is victorious as he defeats Hank Lundy at Virgin Hotels Las Vegas on May 22, 2021 in Las Vegas, Nevada. (Photo by Mikey Williams/Top Rank Inc via Getty Images) 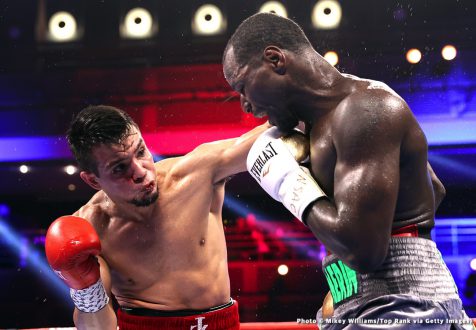 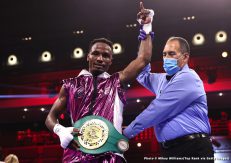 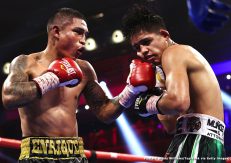 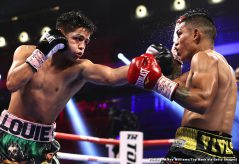 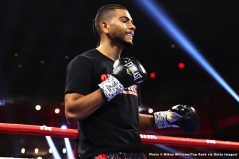 LAS VEGAS, NEVADA – MAY 22: Raymond Muratalla inside the ring before his fight against Jose Gallegos at Virgin Hotels Las Vegas on May 22, 2021 in Las Vegas, Nevada. (Photo by Mikey Williams/Top Rank Inc via Getty Images) 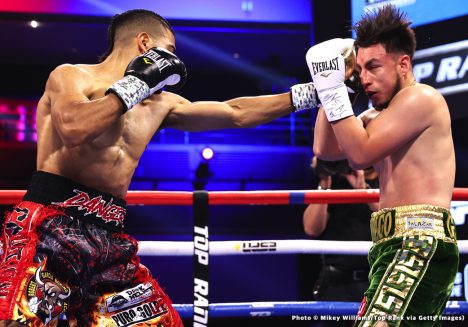 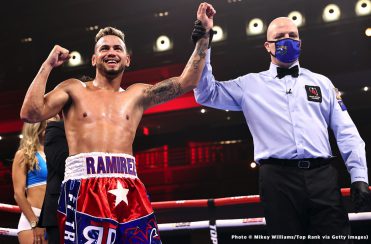 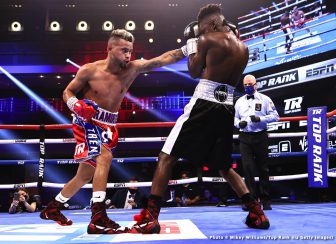