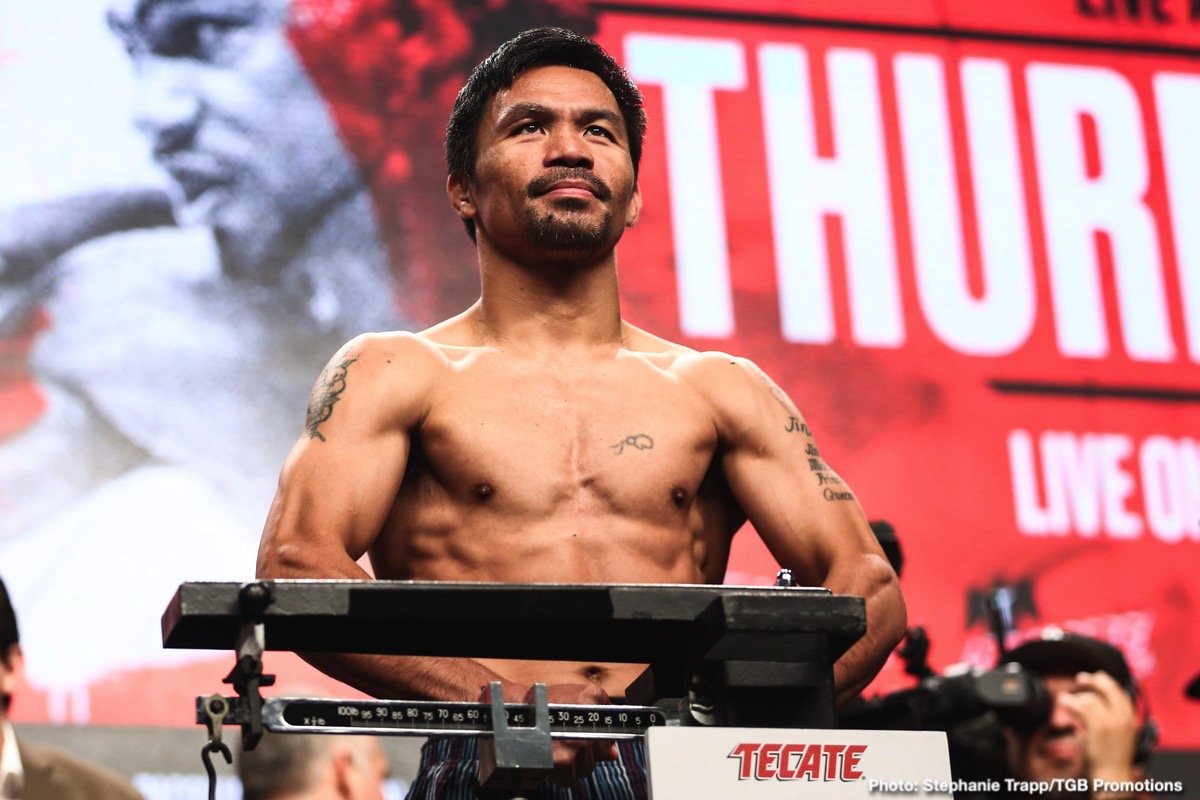 By Jeff Aronow: Tim Bradley says he doubts the Manny Pacquiao vs. Terence Crawford fight will be taking place. He’s saying that he’s on the inside, and he doesn’t think the fight will happen.

Bradley says Pacquiao (62-7-2, 39 KOs) can’t fight in the United States for some reason that he fails to elaborate on.

Additionally, he states that Pacquiao wants $40 million for the Crawford fight, and who knows if there would be that kind of money available.

For the Pacquiao-Crawford fight to take place overseas, it would require that someone with a lot of money would need to offer to stage the fight.

Is the fight big enough between Manny and Bud Crawford for a wealthy person or country to dump a bunch of money into staging the fight? Maybe not.

It’s not like the Anthony Joshua vs. Tyson Fury fight, though, with many foreign countries wanting to stage the contest to get the prestige of being the one that puts it on.

Pacquiao vs. Crawford isn’t nearly as big as the Joshua-Fury fight in terms of worldwide appeal.

“This is a dangerous fight for both guys,” said Bradley to Max On Boxing about a fight between Pacquiao and Crawford. “I hear the rumors, but I‘m on the inside, and this fight doesn’t look like it’s going to happen.

“As of right now, we know that Pacquiao said he wants $40 million to make this fight [with Crawford] happen.

“We know that Pacquiao CAN’T touch the states, so the fight will have to be promoted and fought overseas, probably Dubai or somewhere like that,” said Bradley.

If the Pacquiao vs. Crawford fight doesn’t happen, Top Rank needs to move quickly to find a Plan-B for Bud.

It might be a good idea for Bob Arum of Top Rank to start trying to put together the Crawford vs. Shawn Porter fight.

Crawford seems lukewarm to the idea of fighting Porter, but that might be as good as it gets for him. He’s certainly not going to fight Errol Spence Jr.

“I call him the Tom Brady of boxing. This guy can still fight at the highest levels,” Bradley said of Pacquiao.

“He beat Keith Thurman. I didn’t think he was going to beat Keith Thurman, and the fashion he did it in was fantastic. Terence ‘Bud’ Crawford, I had the privilege of sharing the ring with him early in his career before he became who he is today.

Pacquiao would give Crawford many problems, mostly because he can take a punch, and he’ll hang around to inflict damage slowly.

The guys that Crawford has been fighting at 147 and 140 have been stopped quickly before they could do damage to him.

In Crawford’s lat fight against Kell Brook, his face looked badly swollen after the third round.

It was lucky for Crawford that he could stop Brook in the fourth round because if not, he might have been worn down by him.

With Pacquiao or Vergil Ortiz Jr, those guys will be there round after round, hitting Crawford with a lot of shots that are doing to do damage.

He won’t count on getting a quick stoppage as we saw in his fights with a faded Brook, Amir Khan, or paper champions Jeff Horn.

Bradley not optimistic about Crawford vs. Spence

There’s no reason on earth to assume that a fight between Crawford (37-0, 28 KOs) and IBF/WBC welterweight champion Errol Spence Jr (27-0, 21 KOs) will happen because there’s no agreement on the split.

Spence rightfully so once the bigger split, whereas Crawford feels that he deserves a 50-50 deal, even though he clearly doesn’t. Crawford being a pound-for-pound fighter doesn’t translate to popularity.

Spence is the more popular fighter when it comes to pay-per-view, and that’s what Errol would be basing his belief that he should get the bigger purse split. Being pound-for-pound doesn’t mean anything in the business sense.

“I’m not very confident,” said Bradley when asked how confident that we’ll see a Crawford vs. Errol Spence Jr fight.

“Some guys are optimistic, but I’m not. Errol Spence right now has an agenda. Once he fulfills that agenda, then I’m curious to see what he’s going to do.

“Is he going to take that leap of faith and fight Terence ‘Bud’ Crawford? But as of right now, I don’t see it happening.

“Spence has been saying some outlandish things lately. ‘Oh, you don’t want the fight, Terence?

“He was the undisputed world champion at 140-lbs, and he was the number pound-for-pound fighter in the game. Right now, I have Canelo #1, but some people may argue that, but he has a lot of credibility. 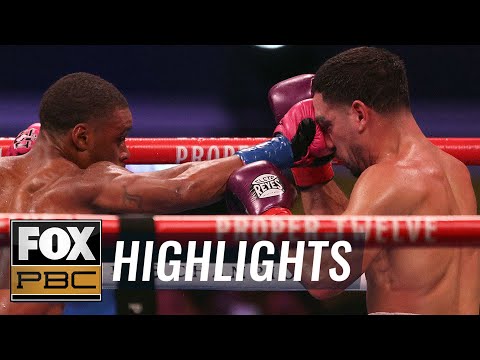 “You got to say that. He’s fought the majority of the welterweight. He’s the #1 guy, and he’s the shot-caller.

“That’s basically what he feels. Both of these guys, if they can put their pride aside and make this fight happen if they can get the numbers right, this fight can happen.

“But as of right now, I don’t think they can do that, and I don’t see this fight happening in the near future either,” said Bradley.