The Night the Two Pound for Pound Boxers Faced Each Other!

In one corner being introduced was a young 22-year-old boxer out of New York City named “Sugar” Ray Robinson, posting a 44-1 record and coming in at 5’11” and 145 pounds. He wasn’t a world champion yet, though, going onto become welterweight and middleweight champion in time.

In the other corner was the former NBA, NYSAC featherweight champion who won that title in 1937, won the welterweight title in 1938, and then dropped back to 135, winning the world lightweight title in 1939. In those days, there weren’t four organizations with champions. His name was Henry “Homicide Hank” Armstrong, posting a 134-17-7 record and coming in at 5’5 ½ and 140 pounds.

This was no grudge match since Robinson idolized Armstrong in his youth. This was a ten-round bout. The best punches by both boxers were Armstrong rocking Robinson with a left hook to the chin in the fifth round and Robinson staggering Armstrong with a right bolo uppercut. Robinson opened up an old gash on Armstrong’s lip in the second round that never proved to be a problem throughout. Armstrong ran out of gas after the fifth round. 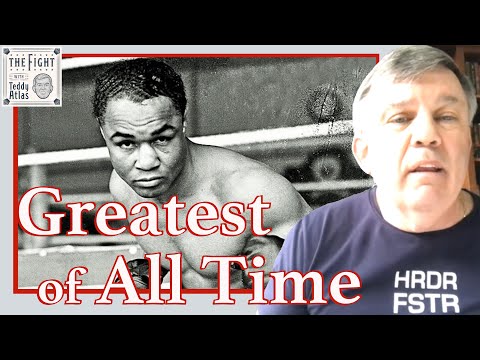 This writer couldn’t find out the scores of the decision, but Historian Henry Hascup sent me two articles saying Robinson won every round. The fighters ended their career with Robinson at 173-19-6 (108 ko’s) and Armstrong 151-21-9 (101 ko’s).

Armstrong said after the fight, “I’m sorry to go out with such a bad fight, and he wouldn’t stand up and mix it. I have to retire now due to scar tissue inside the pupil of my left eye. I can’t take any more chances for I get blurred vision”. The fans were not happy with Robinson moving from side to side and dancing away from Armstrong while landing jabs and occasional rights.

Another report had the losing Armstrong saying, “I couldn’t have licked this kid on the best day I ever saw.” Robinson would admit when he hurt Armstrong; he would go into a clinch with him, keeping him steady. It was well known that both boxers went broke and kept fighting to either pay the IRS or have a place to lay their heads down.