Joshua vs. Fury could be moved to August or September, says Frank Warren

By Jim Strobridge: Tyson Fury’s promoter Frank Warren thinks the Anthony Joshua mega-fight will wind up being pushed back a month or two to August or September rather than the talked about July date.

Warren told Talk Sport that AJ’s trainer Rob McCracken will be working with the Great Britain team in Tokyo, Japan for the Olympic Games from July 23 to August 8.

Unless IBF/WBA/WBO champion Joshua (24-1, 22 KOs) is trained by someone else for his unification clash against WBC heavyweight champion Fury, the date for the fight will need to be pushed back a month or two.

Joshua’s promoter Eddie Hearn of Matchroom Boxing and Fury’s American promoter Bob Arum of Top Rank hasn’t commented yet on whether the Fury fight will get moved to August or September.

Obviously, it’ll make things tricky for Joshua – Fury to fight twice in 2021, as previously planned, if they wind up battling in September for their first of two fights this year.

It might make it impossible, which is why it’s likely that Hearn and Arum will resist the idea of moving the date to August or September.

Given how competitive the AJ vs. Gypsy King Fury fight is expected to be, it would be insane to expect them to fight in September and then return three months later to battle in December.

NEWS:   Eddie Hearn says Whyte to fight Joshua in "first half of 2023" if he beats Jermaine Franklin

Joshua vs. Fury could be pushed back

“I’m seeing all these various stories, ‘It’s going to be Wembley on July 24,'” said Warren to Talk Sport on the Joshua vs. Fury clash. “But I don’t see how any of that can happen in July or even early August.

“I don’t believe this fight will go on until – if it’s late August we’ll be very lucky, maybe September.”

Other than the fact that Joshua and Fury are signed to fight twice in 2021, it wouldn’t be a big deal to see the fight moved back a month or two to August or late September.

It doesn’t sound realistic that the two heavyweights will have enough time to fight a second time this year if their first contest is pushed to August or September.

Besides the healing that will be needed for AJ and Fury from what could be a grueling match for their first fight, there’s also the time needed for promotion.

For a fight of this magnitude, you don’t want to rush them into a second clash in December after three to four months from their first one in August or September.

If Joshua was on board with being trained by someone different for his first match against Fury, it wouldn’t be a burden for him to fight in July. However, Joshua wouldn’t entertain that idea, seeing that he’s been with McCracken for so many years.

Warren believes the Joshua-Fury fight will bring in a massive number of pay-per-view buys in the UK. The previous record is 1.8 million buys for Joshua’s fight with former WBO heavyweight champion Joseph Parker in 2018. 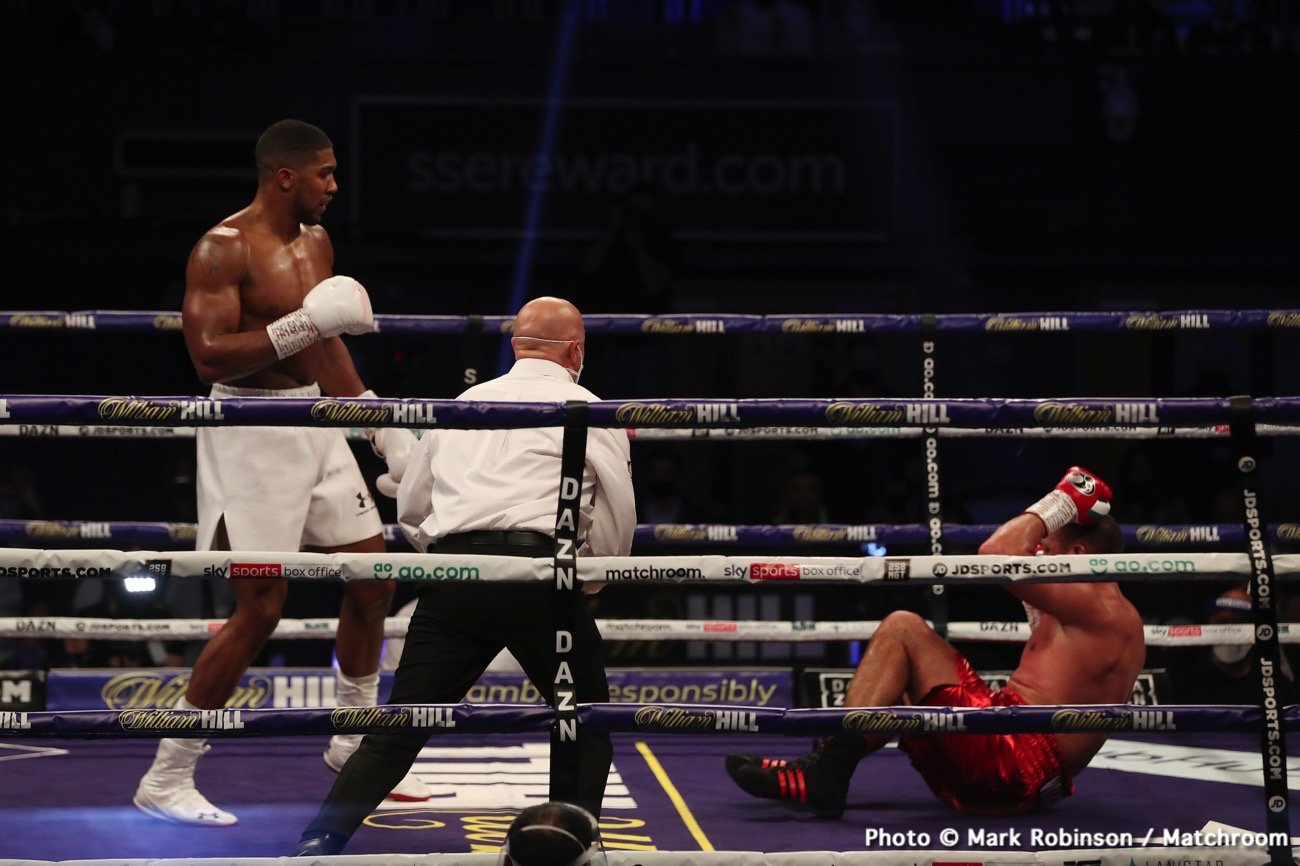 “I would be very disappointed if it did less than 2.5million,” said Warren in talking about the number of pay-per-view buys he’s hoping for from the Joshua – Fury fight.

Predictably, Joshua’s match against Fury will smash the previous record for UK PPV buys and hit the 2.5 million mark or better that Warren speaks about.


« Jaime Munguia vs. D’Mitrius Ballard is off: Ballard injured