Paul has over 20 million subscribers to his YouTube channel, and his goal is to become the biggest pay-per-view attraction. For Jake to accomplish that feat, he’s going to continue to face opposition that the fans want to see him fight.

The young 24-year-old Jake Paul’s first-round wipeout of former UFC star Ben Askren on Triller pay-per-view generated a whopping $75 million and 1.5 million PPV buys. Jake isn’t saying how much of that money he’s taking home for the fight with the 36-year-old Asken, though.

Mayweather made $7,500 for his third pro fight against Jerry Cooper in 1997, according to Jake. As for Conor McGregor, he received $80,000 for his fight with Artemij Sitenkov.

Jake reveals that this to Impaulsive: “This is what my management has texted me, by the way: ‘We do this right and you will be the biggest pay-per-view star in history.'”

In Jake’s first two professional boxing matches, he defeated Ali Eson Gib and Nate Robinson. Only former NBA player Robinson has been able to make it out of the first round

“And by the way, no one in this room can name who they fought. I will pay you 50 grand if you can,” said Jake Paul.

Jake has a lot of options for his next fight on Triller pay-per-view, but it’s got to be someone with more name recognition for him to attract interest from casual boxing fans. Most of them had never heard of Ben Askren.

If Jake is going to focus on fighting UFC guys, he’ll need to depend more on their fans for his pay-per-view buys rather than boxing fans.

Mayweather has generated 23,959,000 pay-per-view buys during his long career in boxing. For Jake to outdo what Mayweather has done, he’s going to need to have some staying power.

Without improving on his boxing skills, Jake’s ability to endure in the sport long enough to top Mayweather’s numbers is improbable.

What is possible for Jake is to surpass the 4.6 million pay-per-view buys that Mayweather’s fight with Manny Pacquiao brought in back in 2015. With the fight opponent, Jake can smash that record.

the fact that Jake Paul was able to bring in 1.5 million buys facing a washed-up Ben Askren shows the kind of potential he has to make money in boxing. 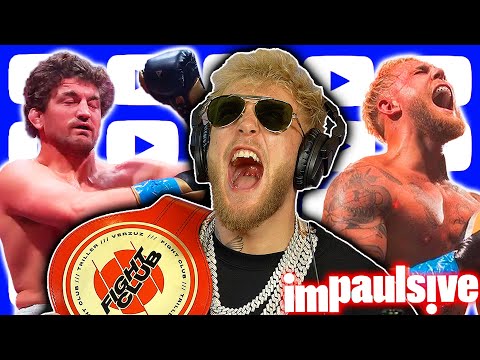