By Charles Brun: Promoter Frank Warren is interested in putting a fight together between light heavyweight prospect Tommy Fury and YouTuber Jake Paul at a 50-50 split.

Warren believes it’s one that can be easily put together, but it doesn’t seem realistic given the huge difference in popularity between them.

If the 1.5 million pay-per-view numbers that Jake is touting are valid for his fight last Saturday night against former UFC fighter Ben Askren on Triller PPV, there’s little chance he’ll agree to an even split with the 21-year-old Tommy Fury.

For a deal to be done between Jake and Tommy, Warren would likely need to agree to a purse split closer to 80-20 or 90-10.  Even 80-20 might not do it. Charles Brun foresees Jake laughing his backside off when he sees the 50-50 split comment by Warren.

That’s just NOT happening in this lifetime. At best, Tommy might be a 95-5 split with Jake Paul, and that’s about as good as it gets.

The problem that Tommy Fury has is he’s not well known outside of the UK, and he’s not highly popular. With Jake having the potential option of fighting Floyd Mayweather Jr after his fight with Logan Paul, it’s important that he faces someone that the U.S boxing fans have heard of.

While American fans obviously know Tyson Fury well due to his fights with Deontay Wider, they don’t know who Tommy Fury is and it won’t help Tommy to fight him.

“We want to make the fight. It’s really easy,” said Frank Warren to iFL TV about a fight between Jake Paul and Tommy Fury. “He [Jake] takes 50%, Tommy takes 50%. Let’s get it done.”

It’s an easy fight to be made if Jake is willing to agree to a 50-50 split, which he probably isn’t. So that respect, it’s NOT an easy fight for Warren to make because Jake probably will not even consider a 50-50 split against the little-known Tommy Fury. There’s no gain for Jake in taking the fight in the future place.

“I’m down 100%, but I just don’t think he’ll do it,” said Jake Paul to Max Kellerman of ESPN when asked about his thoughts on fighting Daniel Cormier.

“He’s retired and he has no room to talk here. I’m down. I’ll fight Daniel Cormier and that would be massive, and again, I think I’d win. As soon as I said that, he goes quiet.

“100%, I think it’s a great match-up, and I think it would be a massive, massive fight,” said Jake when asked if he’s interested in fighting Tommy Fury.

“He’s a fought guys, I think he’s 4-0. The guys that he’s fought has a combined record of 10 and 250 losses. So he’s fought scrubs to make himself look good, and people will say the same thing about me.

“But I’ve fought guys with winning records like Ben Askren and Eson Gib. So think that [Tommy Fury] would be an interesting fight, and I think he’s just fought scrubs.

“It was pretty funny, and that’s probably going to be a big fight. There are talks about it. Our teams are talking and trying to figure something out. As I said, I’m with it. I’ll fight whoever, whenever, and wherever,” said Jake.

Rosado or Yildirim would be a good step-up fight for Jake Paul, and the fans would be interested in seeing those matches. Kovalev and Badou Jack might be too experienced for Jake. 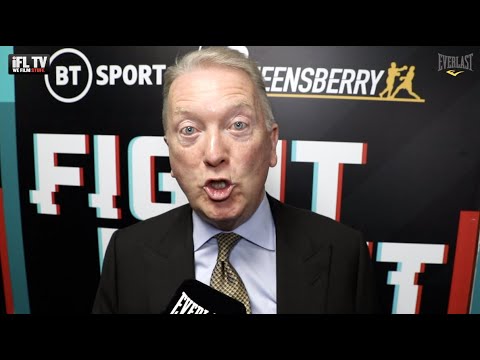