By Charles Brun: UFC heavyweight champion Francis Ngannou says he’s interested in facing Tyson Fury at some point. The hard-hitting 6’4″ Ngannou is coming off a stunning second-round knockout of Stipe Miocic at UFC 260, and he’s got the whole world talking about him.

While some boxing fans will be quick to dismiss the chances of the 34-year-old Ngannou beating Fury based on his lack of experience in the sport, his punching power would give him an undeniable chance of winning.

Ngannou’s power would give him a chance against Fury

“Every time they compare me to Mike Tyson is an honor to me so that I can attach my name to someone like Mike Tyson,” said Francis Ngannou to TMZ Sports. “No,” said Ngannou when asked if he’d like to fight Tyson.

“I don’t want to fight Mike Tyson, but I would like to fight other heavyweight boxers such as Tyson Fury. Absolutely, I’m open to that.

“Boxing was my primary dream, and I still have the fire and dream inside me. I believe at some point I’m going to take a step,” said Ngannou.

The power of Ngannou would give him a better-than-average chance of beating Fury. However, for Ngannou to be given a fight with Fury, it would likely need to be an exhibition match because he wouldn’t have the ranking for him to be given a title shot.

It’s one thing for someone like Conor McGregor to come over to the UFC to fight a retired Floyd Mayweather Jr, but it’s a different situation when you’re talking about a world champion facing a UFC guy with no ranking or experience in the sport. The sanctioning bodies wouldn’t sanction the fight.

Would Fury rough up Ngannou? 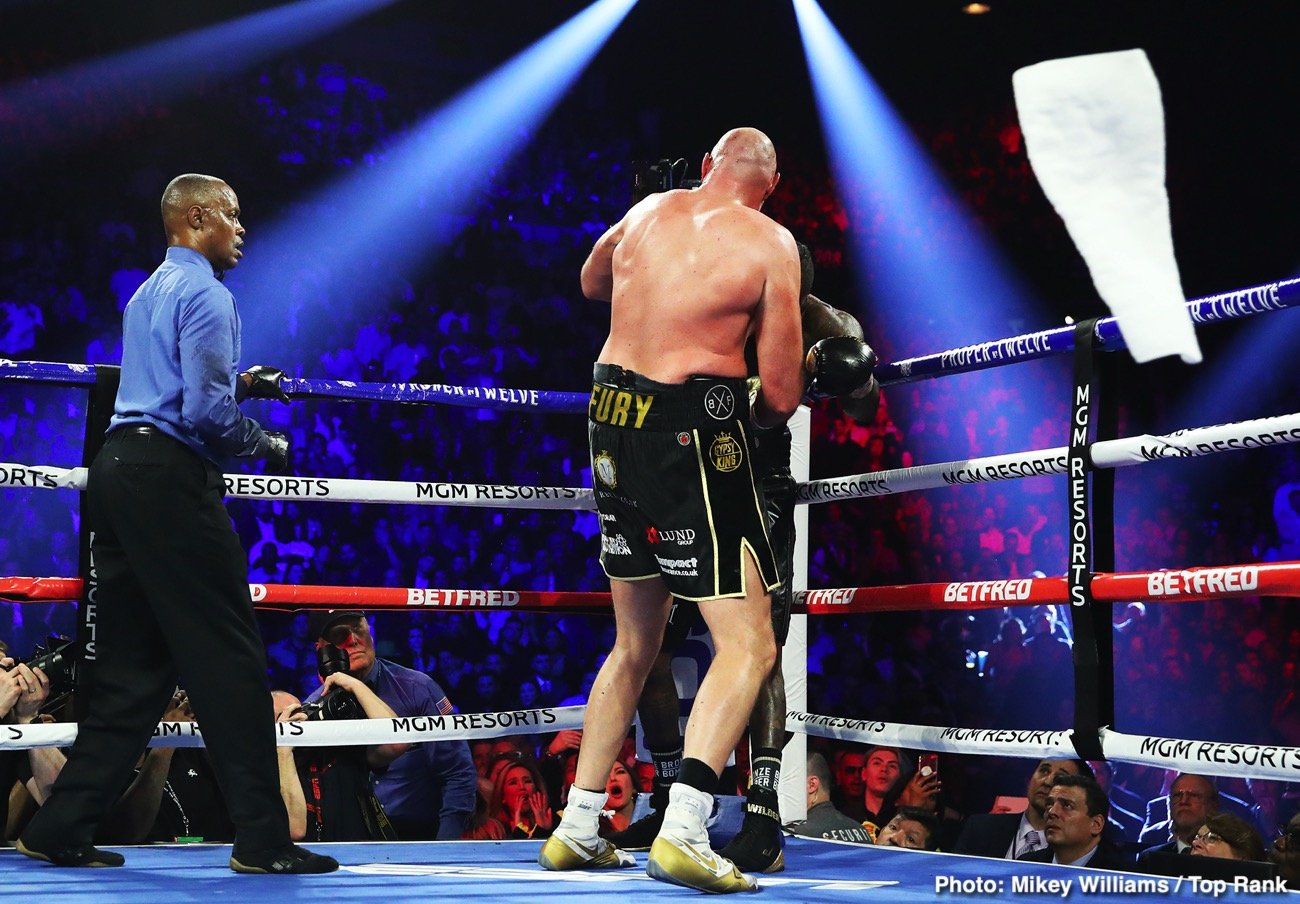 As reported, Wilder came into his rematch with Fury with an injured right bicep, which left him less than 100%. Also, Fury was getting away with hitting Wilder in the back of the head the entire fight, and that tilted things in his favor further.

When you get one fighter bending the rules by fouling against another fighter that is playing it by the rules, it makes an uneven playing field. The referee that worked the fight took a passive approach to his job that night.

In the first Fury-Wilder fight, Deontay knocked Fury down in the 12th and had him out cold. The referee seemed to take a long time before he started to make a count.

But was even weirder was a count being given because Fury was knocked out. It looked incredibly odd for the referee to be giving an unconscious Fury a count.

« Dillian Whyte labels Tyson Fury a “Coward,” says he ran from him

Hopkins fine with Canelo’s recent mismatch, calls it “Preseason” for the star »