By Matt Lieberman: Evander Holyfield (photo by FITE TV) will be taking on Kevin McBride in a six-round heavyweight exhibition match on the undercard of Teofimo Lopez vs. George Kambosos Jr on Triller pay-per-view in June 5th.

Adding Holyfield to the June 5th card is an excellent way for Triller to potentially create interest in a later exhibition fight between Evander and Mike Tyson. 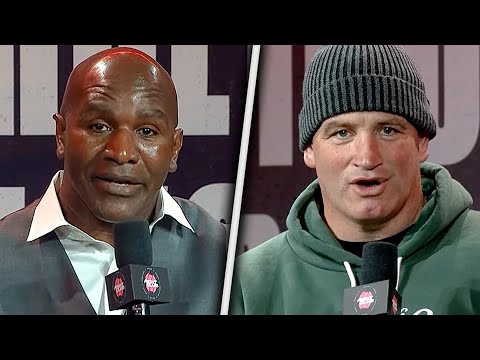 For the hardcore boxing fans who remember how McBride retired Tyson by stopping him in the sixth round in his last professional fight in 2005, they’ll be excited to see Holyfield take on the Irish fighter.

For the younger boxing fans and the casuals, Holyfield vs. McBride won’t do much for them.

It would perhaps be better if a bigger name were selected for Holyfield’s exhibition fight rather than a career-long domestic level/journeyman fighter like McBride.

At the end of McBride’s career, he was clearly a journeyman being used as the B-side opponent for the well-known fighters Andrew Golota and Tomasz Adamek.

We’ll have to see if Tyson is willing to fight on another Triller card following his eight-round exhibition match against Roy Jones Jr last November.

The event is expected to take place at the Marlins Stadium in Miami, Florida. 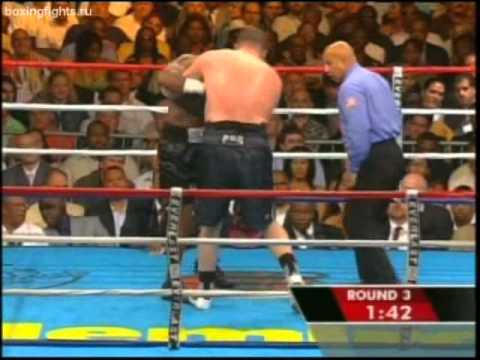 The former four-time heavyweight champion Holyfield last fought in 2011, beating Brian Nielsen by a 10th round knockout. Given Holyfield’s advanced age and the ring wear that he has from a long 27-year professional career, as well as his time in the amateurs, it’s unknown what he has left.

Although the 6’6″ Irish heavyweight McBride was never a great talent, he’s considerably younger than Holyfield at 47, and he’s a much larger fighter. McBride might be able to beat Holyfield on size and youth alone, but we’ll see.

It was a shock that McBride stopped Mike Tyson in 2005, as he wasn’t anywhere near his level during his career. But at the point in Tyson’s life, he wasn’t as focused on boxing as he had been years earlier.

It’s unclear whether the addition of the Holyfield vs. McBride fight will help boost the buy rate for the Teofimo vs. Kambosos Jr Triller pay-per-view event on June 5th.

We know that Teofimo’s promoters at Top Rank didn’t view Kambosos Jr as the type of marquee name for Teofimo to be fighting in a big-money event. Teofimo believed otherwise and took the fight to a pure bid where Triller won the bid.

They chose to put it on pay-per-view, and surround it with well-known music entertainment artists. I guess you can say it’s an experiment.