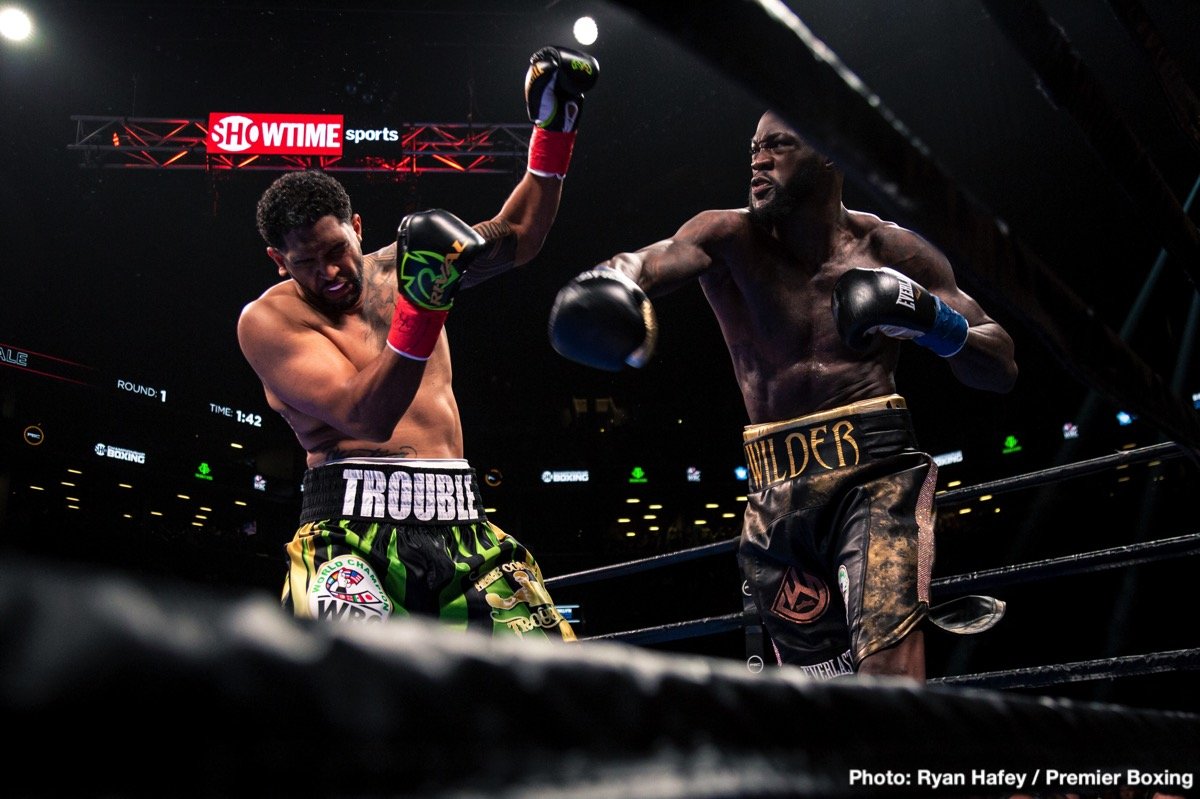 By Chris Williams: ‘The King’ Deontay Wilder showed off his right-hand power on social media on Tuesday in posting a workout clip of him working out with Malik Scott, and his power looks explosive now.

Wilder’s surgically repaired right bicep looks like new, and his power is at the level that Chris Williams hadn’t seen since his devasting one-punch knockout of Dominic Breazeale in May 2019.

The talented Wilder shows a lot of improvements in his form, showing that he’s even more dangerous than he was before. Wilder’s loss to Tyson Fury has helped him take his career to the next level.

With the way the 6’7″ Wilder was hitting the mitts, he knocked Malik off balance when he was throwing his right with perfect form. The shots looked effortless when Deontay was throwing with full extension.

Wilder’s punches are now like rockets with, and there may not be anyone in the division that can take that power now.

Each time Wilder would land his right, you could tell that would damage ANYONE in the heavyweight division, including ‘The Gypsy King’ Tyson Fury.

Former WBC heavyweight champion Wilder (42-1-1, 41 KOs) has business to take care of with Fury after being arguably robbed of a knockout in their first fight in 2018 and then being clubbed rabbit punches with a flapping glove in the rematch last year.

You can only imagine how the fight would have played out had the referee started docking points from Fury beginning in the second round for his rabbit shots to the back of Deontay’s head.

Many casual boxing fans don’t know that Wilder had a bicep injury during the rematch with Fury a year ago. That obviously explains why Fury could take Wilder’s power without going to sleep as he had in the first fight.

Wilder needs a good tune-up now to get him ready to challenge the winner of the two fights between Anthony Joshua and Fury this year. These are a few good warm-up options for Deontay:

Ideally, Wilder needs to face taller heavyweights because he’s going to need to be ready to face Joshua or Fury in 2022. It’s no use for Wilder to fight shorter medium-sized heavyweights.

Ruiz or Povetkin would be an exception for Wilder because they’re both talented enough to be useful as opponents.


« Is Jaron “Boots” Ennis A Future Champion or Not?