By Jim Strobridge: WBO middleweight champion Demetrius ‘Boo Boo’ Andrade (29-0, 18 KOs) looked in excellent shape in weighing in at 159.8 pounds on Friday at the weigh-in for his title defense against his highly motivated mandatory Liam ‘The Machine’ Williams (23-2-1, 18 KOs).

Andrade vs. Williams is streamed live on DAZN this Saturday, April 17th. 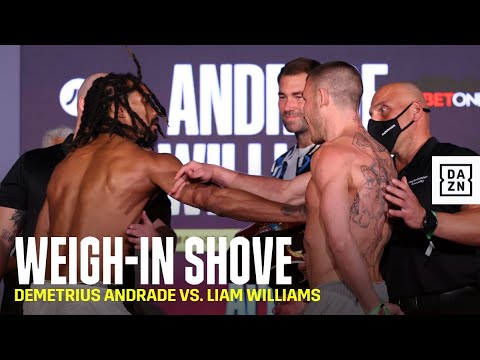 Williams came in at the middleweight limit at 160 lbs for his fight with Andrade at the Seminole Hard Rock Hotel and Casino in Hollywood, Florida.

The big-punching Williams looked in condition as well and seemingly close to his fighting weight that he’ll enter the ring with. Neither fighter looked drained, which is nice because it tells that they will be at full strength on Saturday.

During the face-off, Williams, 27, reached out and attempted to touch Andrade’s hair.  Andrade immediately pushed Williams away, but he badly shook him from the incident.

It was clearly a premeditated move on Williams’ part to get into the mind of the American Demetrius, and it looked like it worked.

Even after the weigh-in, Andrade sounded he was ready to boil over. This is what Liam needs to have a better chance of winning on Saturday because if Andrade is fighting in his normal calm manner, he’ll likely carve him up with his precise shots.

Hearn predicting a knockout for Andrade

“All these fighters that grew up with Demetrius know how good he is, and none of them want to fight him,” said Eddie Hearn to iFL TV. “So I’m almost hoping that he [Andrade] scrapes through on Saturday night and ends up getting a unification fight, but he’s not guaranteed to win on Saturday. 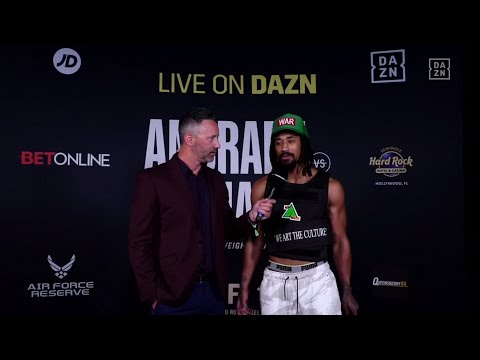 “There’s also an argument that maybe he’s missed his boat. Maybe he’s not at his peak anymore. But Liam Williams is pressing all the right buttons to get Demetrius fired up.

“I think a fired-up Demetrius [will be a problem for Liam]. I’ve changed my mind. I think Demetrius is going to knock Liam Williams out, I do. I think it could be backward and forward, but I got a feeling that you could see a masterclass here,” said Hearn.

As upset as Demetrius was today at the weigh-in, there’s an excellent chance that he will go for the knockout against Williams on Saturday.

We’ve never seen Angry before until today, and this wasn’t faked anger. He was genuinely furious after Liams tried to pull his dreadlocks. Andrade may go for a quick knockout on Saturday with a flurry of shots in the early rounds.

If Williams isn’t ready for an early storm of shots from Andrade, he could get taken out quickly within a round or two.

Is Demetrius being avoided by Charlo?

“The fighters and the teams know how good that person is,” said Hearn about how Jermall Charlo is avoiding Andrade. “You think you might be beat by them, and that’s the same with Charlo.

“Why would you say that? The only reason is he’s really f**** good. ‘Who needs Demetrius Andrade?’ You [Charlo] said you wanted to fight the champions,” said Hearn.

Hearn could get his wish for Charlo to change his mind about fighting Andrade if he scrapes by Williams on Saturday night in a tooth & nail fight.

That might be the type of performance that Andrade needs for him to entice Charlo to finally face him in a unification. But if Andrade knocks out Williams on Saturday, as Hearn is predicting, that will likely hurt his chances of getting a fight with the unbeaten Charlo (31-0, 22 KOs). 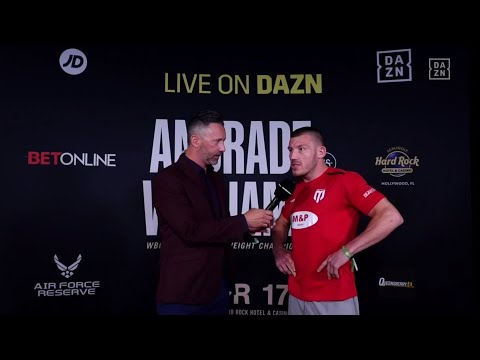