Dana White: Boxing is in such a bad place

By Jeff Aronow: UFC boss Dana White sees the emergence of YouTuber Jake Paul as becoming one of the hugest stars in boxing overnight as a sign that the sport is in a steep downward decline.

White said that 24-year-old Jake Paul is doing an excellent job of getting fans to purchase his boxing events, and he’s happy for him. But at the same time, White feels the boxing is going downhill.

Jake’s professional fights provide no value in being competitive, sporting match-ups with his hand-picked opponents having a chance to beat him. With Jake’s tremendous social media following, he’s able to market his fights to his millions of followers.

Additionally, Jake’s older brother, Logan Paul, also has millions of followers, and he helps him out by spreading the word for his boxing matches to his loyal fans on social. As a result, the Paul brothers, Jake & Logan, create a huge echo chamber to advertise their matches.

“Boxing continues to go like this [points his hands downward]. This guy [Jake Paul] is playing this thing perfectly and boxing’s in such a bad place, they’re doing a really good job at sucking in people to buy into this thing. Good for him,” said UFC president Dana White to Yahoo Sports.

Boxing can’t prevent YouTubers with no boxing experience like Jake and Logan Paul from turning pro and hawking their fight to their millions of followers on social media.

It’s up to the boxing public to be informed enough to understand what kind of product that they’re paying for when they order a poor quality fight like the one we witnessed last Saturday with Jake Paul destroying an inept, overweight former MMA fighter Ben Askren in one round on Triller pay-per-view in Atlanta.

If fans are informed about what they’re paying for when they see a Youtuber with no background in boxing taking on another non-boxer, they’ll think twice about ordering the fight on pay-per-view.

You can make a solid argument that Jake Paul is the biggest star in boxing in North America right now, even bigger than Canelo Alvarez, thanks to his huge following on social media.

There’s virtually no chance that a fight between Canelo Alvarez and Ben Askren would have brought in 1.5 million last Saturday.

Not even Canelo could sell a mismatch like that and expect 1.5 million people to gladly fork over $50 bucks per household to watch him destroy the hapless Askren.

Jake can sell a mismatch like that because of all of his fans on social media, who either don’t care that it’s not expected to be competitive or don’t follow the sport closely enough to realize it’s going to be a slaughter.

While Canelo is highly popular in the U.S, he doesn’t have the same reach on social media that the Paul brother, Jake, and Logan do with their combined following.

Again, it’s not just Jake advertising his boxing matches to his millions of followers on social media. Logan is helping out too, and they’ve combined to become the octopus to market these boxing matches.

If those numbers are accurate, Jake Paul is now one of the biggest pay-per-view attractions in the sport of boxing, perhaps even bigger than superstar Canelo Alvarez.

This is just the beginning for the Paul brothers

Logan Paul will be taking on 44-year-old former boxing star Floyd Mayweather Jr in an exhibition match next, and that fight will likely bring in a massive amount of PPV buys. 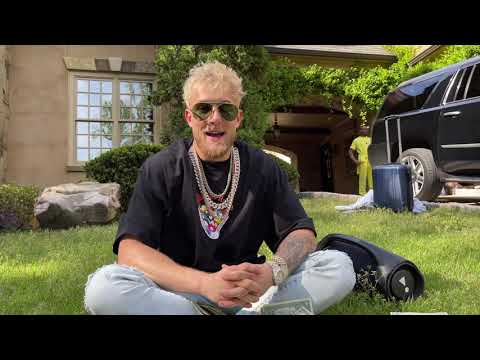 It won’t bring it in because of the knowledgeable fans purchasing it. The fight will make money because of the millions of social media followers from the Paul brothers.

The Paul brothers’ tentacles on social media will lure millions of their followers to purchase the Mayweather vs. Logan fight, which will be a total mismatch.