By Jeff Aronow: Florian Marku maintains that fringe welterweight contender Conor Benn is a little more than a cherry-picker with a weak chin ahead of his 10 round scheduled fight against Samuel Vargas this Saturday, April 10th on DAZN at the Copper Box Arena in London, England.

Marku points out that the 24-year-old Benn has carefully picked out his opposition in his last six fights since the unheralded Cedrick Peynaud twice dropped him in their fight in 2017.

Benn dodged a bullet in that fight and won what was considered a gift decision in the eyes of boxing fans. They believe that if Benn weren’t the son of boxing legend Nigel Benn, he would have lost.

Since then, Benn has won his last six fights against sub-level opposition. Hearn hasn’t said what the plans are for Benn if he wins this fight because he doesn’t appear to be ready for any of the legitimate top 10 contenders at 147.

Conor Benn being tested by Vargas

His promoters at Matchroom Boxing have careful with him, matching him against opposition without moderate power exclusively. 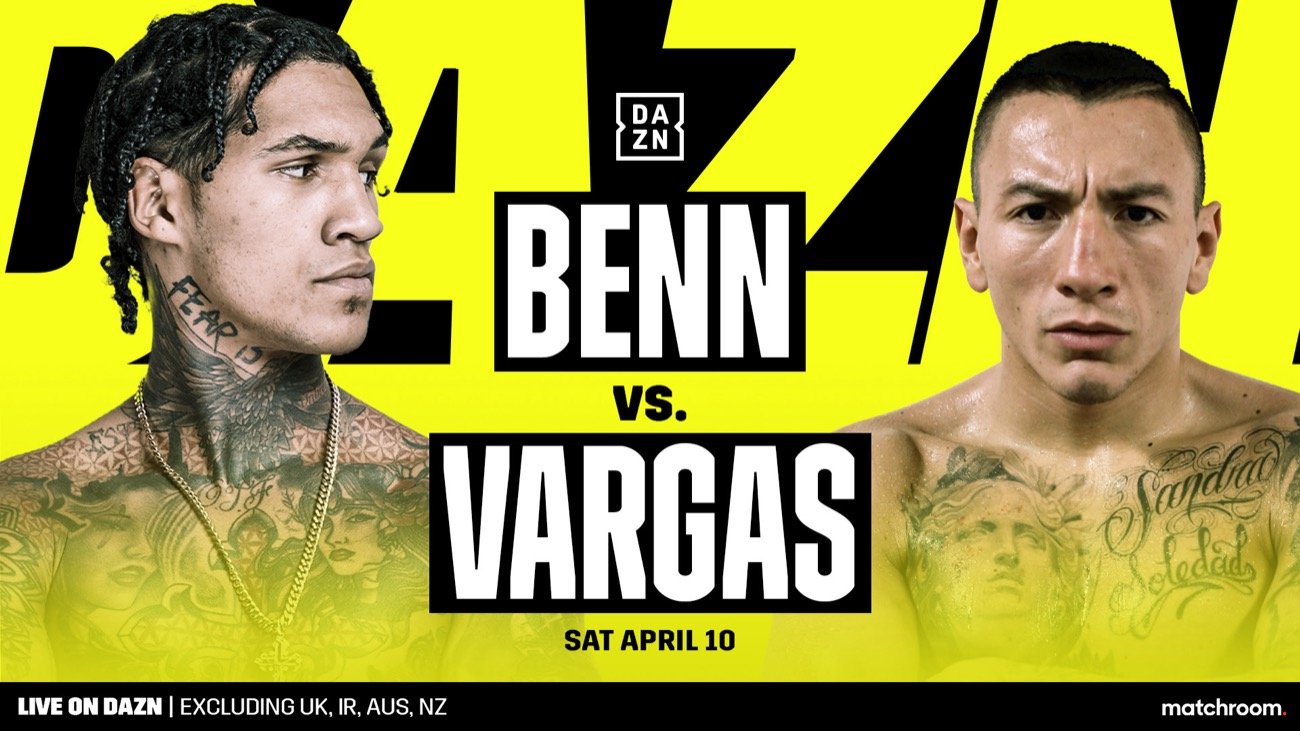 On Saturday night, Benn will be put in with a fighter with excellent power in 31-year-old Vargas, and it’s going to be a test to see if he’s got the chin to withstand fighting the B-level fighters.

Although there are bigger punchers than Vargas in the division like Errol Spence Jr and Vergil Ortiz Jr, there aren’t many others that compare to him

“Conor has a glass chin. Since Peynaud, they haven’t chosen anyone who can hit. From that day, they chose carefully because Conor can’t take a hit to the head,” said Marku to Sky Sports in talking about the 24-year-old Benn.

“Why did he choose Formella from Germany? He had zero power. Vargas? Because he knows he is 90 percent likely to win. They choose opponents carefully. You saw what Cedrick Peynaud did to him.”

It’s hard to disagree with what Marku says about Benn choosing to face non-punchers exclusively since the Peynaud fight, but it’s quite understandable why he chose to do that.

If Benn’s chin hasn’t improved since his fight with Peynaud, he’s not going to last long on Saturday because he’s facing a stiff puncher.

It’s a miracle that Amir Khan could go the full 12 round decision against Vargas in their fight in 2019 because he was in trouble early against him. Khan was forced to use movement and tremendous boxing skills to avoid getting taken out by Vargas.

What may have saved Khan in that fight was his decision to fight safely after he was decked in the second round by Vargas.

Conor Benn being tested by Vargas

“This is a kid that wants to talk his way into a fight, so here it is. The fight is happening, and it’s time to do the fighting now,” said Samuel Vargas to Matchroom Boxing about Benn.

“I watched a few of his fights, but I know that a lot of his opponents were last-minute opponents. Eddie [Hearn] called me and said, ‘How are you doing, mate?’ ‘Nah, nothing.’

Benn will be tested in a big way by Vargas, and it’s a little surprising that Matchroom is willing to throw him in the deep end so early.

Conor doesn’t seem to have too much respect for Vargas for some reasons, as he’s already looking beyond him, talking about wanting to fight Josh Kelly, Amir Khan, and Kell Brook.

If Benn loses or looks bad in winning, he might need to be pulled back by Matchroom and brought along slower against more domestic-level welterweights.

Marku, Rylan Charlton, and Jamie Stewart will be excellent options for Benn if he has problems with Vargas.

Vargas sees himself landing at will

“When I close my eyes, I see everything landing, everything happening, and everything going in my favor,” said Vargas said of Benn.

“So that’s what’s going to happen. He’s got a good boxing background. His dad [Nigel Benn] is a legend, but he’s yet to be tested.

“I don’t care what his plans are. I know I’m going to be ready for whatever he brings regardless. Whatever he can do, I can do better.

“I feel he’s not going to punch harder than Danny Garcia or Errol Spence. He isn’t going to do anything special that I haven’t seen.

“The only thing, he might be awkward, something like that, but other than that, nothing—the desire to win means a lot. 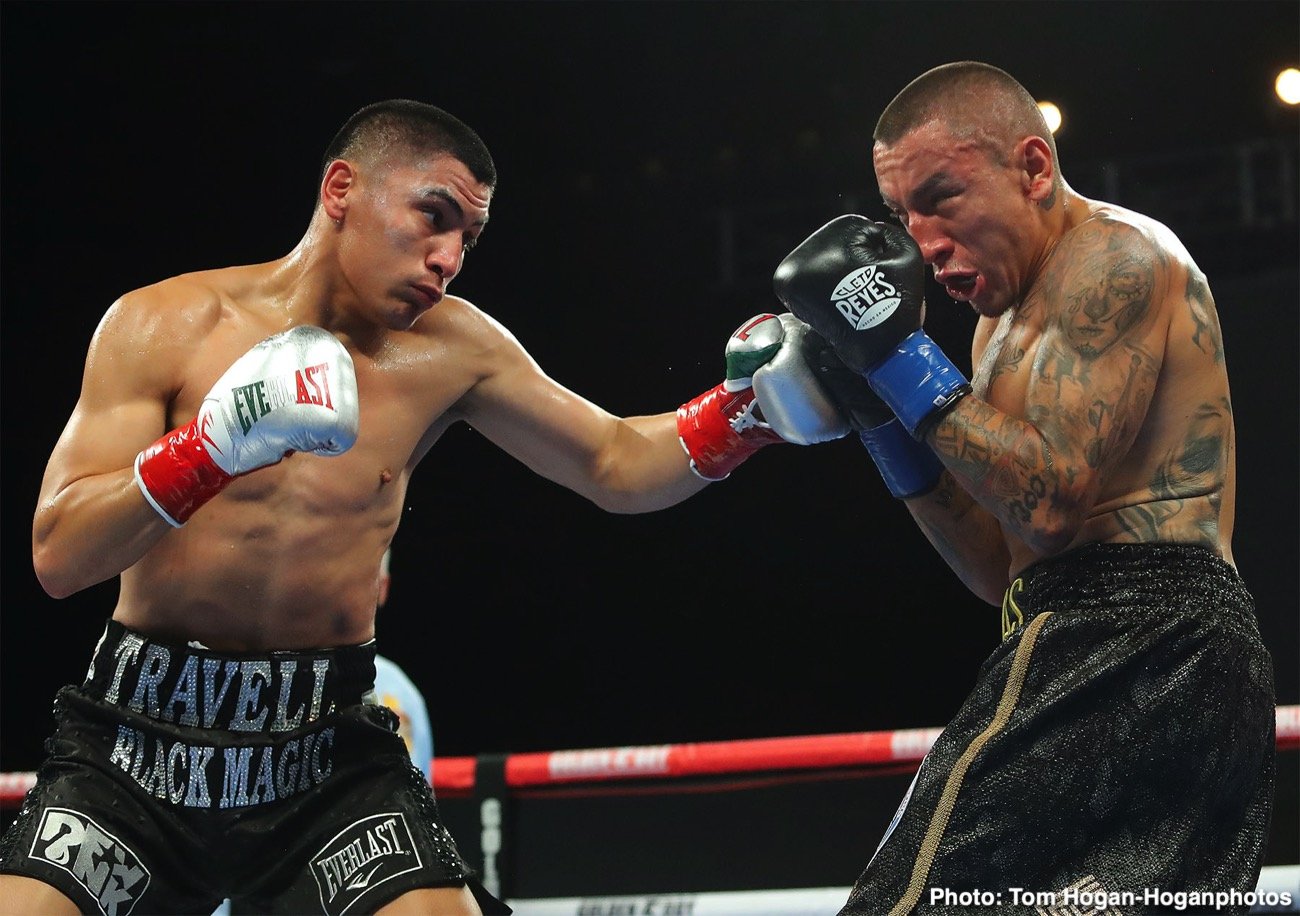 “You sacrifice so much being away from your family and everyone you love. It means a lot to me more than my record.

“The desire to win is always in me. The fight is going to take place, and we’re going to find out.

Conor Benn doesn’t punch with the same kind of power that Spence, Danny Garcia, or Vergil Ortiz Jr have. If Benn had that kind of power, he would have been moved a lot faster by Matchroom.

Benn good but not great power, but not enough for him to steamroll opponents.  He’s more of a volume puncher who needs an opponent to stand in from of him and be there to be hit.

The problem with volume punchers like Benn is they end up getting hit a lot, and eventually, they get beaten unless they have incredible boxing skills like Pernell Whitaker or Floyd Mayweather Jr.

Unfortunately for Benn, he’s not a defensive artist, and that’s why his fight with Vargas is such a risky one.