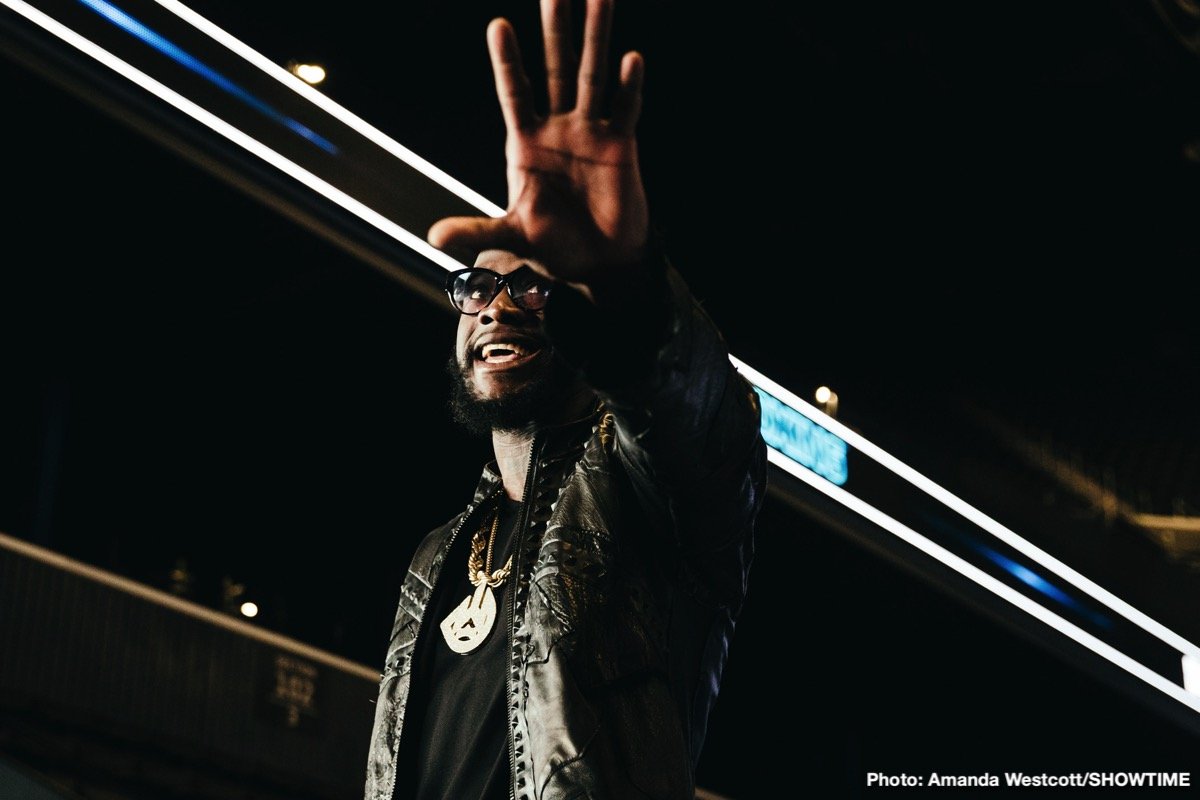 By Sean Jones: Derek Chisora says that the Anthony Joshua vs. Tyson Fury fight CAN’T occurs next unless Deontay Wilder is paid a massive step aside fee of $80 million because there’s still a contract that the ‘Gypsy King’ signed for a trilogy match.

According to Chisora, despite what’s been said by promoters Bob Arum and Eddie Hearn, that contract is still valid.

And if it is still active, Fury (30-0-1, 21 KOs) will lose a lot of money if he attempts to circumvent his contractual rematch with the former WBC heavyweight champion Wilder (42-1-1, 41 KOs).

It may not be a big deal for Hearn and Joshua that Fury would ignore his contractually bound rematch because it will not cost them any money. It’s Fury that will have to deal with it because he’s the one who has the contract.

Earlier today, Fury’s promoter Arum said the Telegraph Sport that the Joshua-Fury fight is “dead in the water” for the summer. Although sources for Mike Coppinger say otherwise, Arum says the fight is not happening.

Bob Arum spoke to the mediator

On Tuesday of this week, Arum traveled to Napa, California, to speak to the mediator for the Wilder vs. Fury fight. He immediately began saying the fights were not happening.

So the question is, what did the mediator tell Arum to cause him to lose interest in making the Fury vs. Joshua fight? It had to have been something to cause Arum to start veering off in another direction and talking about wanting to make the fight with Wilder potentially.

“You have to understand Deontay Wilder signed a three-fight deal with Tyson,” Derek Chisora said to the DAZN Boxing Show.

“But don’t forget the three-fight deal with Wilder. [Joshua vs. Fury] is not going to happen because he [Fury] has to fight with Wilder before everything else. So Wilder says I’ll stand aside for $80 million.

There wouldn’t be a problem if Fury stuck it out with his contractual rematch with Wilder last year instead of going after the Joshua fight.

Had Fury take the fight with Wilder at the end of the year, the rematch would have been done with, and he would be in the position to fight Joshua. 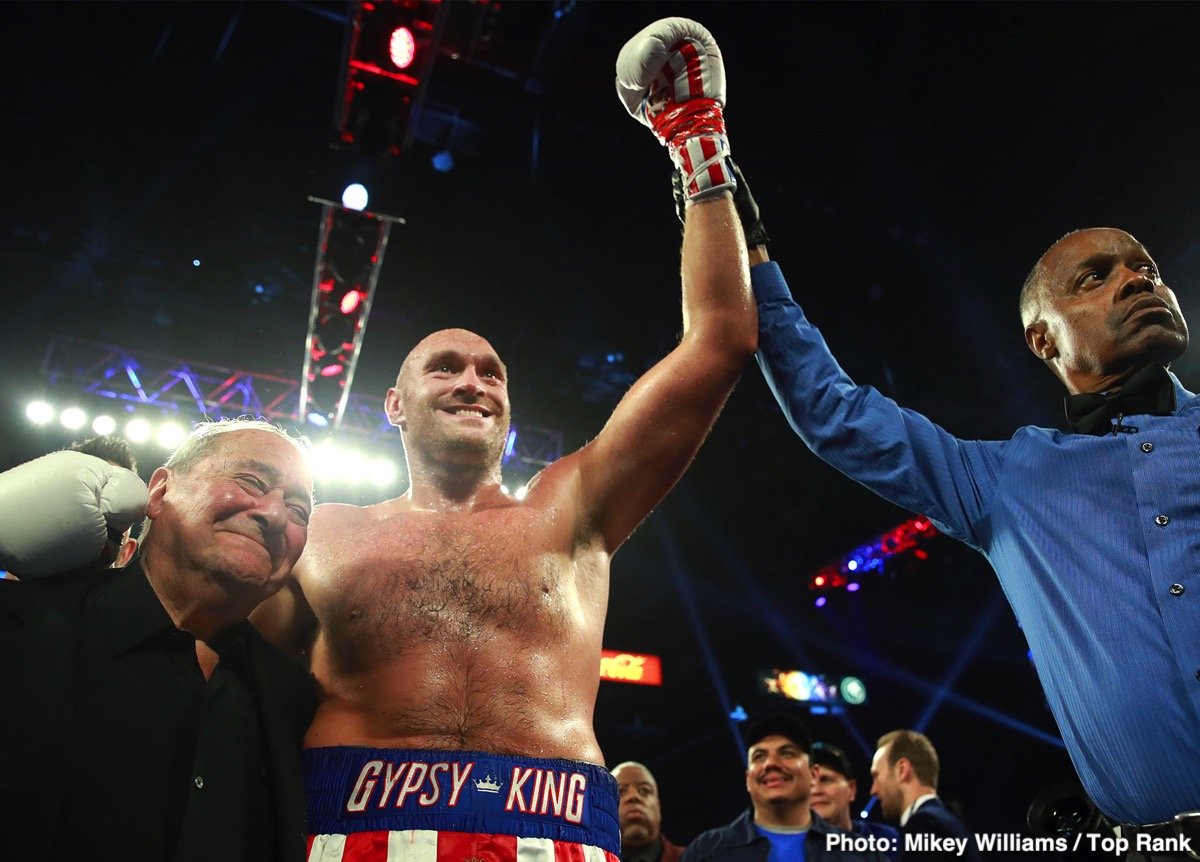 Obviously, it wouldn’t have been a guaranteed win for Fury in the trilogy match against the dangerous Wilder, which is likely why he didn’t take the fight. Wilder might have knocked him out, and there wouldn’t be a Joshua fight.

Fury will need to get his act together and lose some pounds if he chooses to honor his contractual rematch with Wilder. Tyson is looking weak, flabby slow right now.

Parker vs. Chisora – Not your typical face-off »