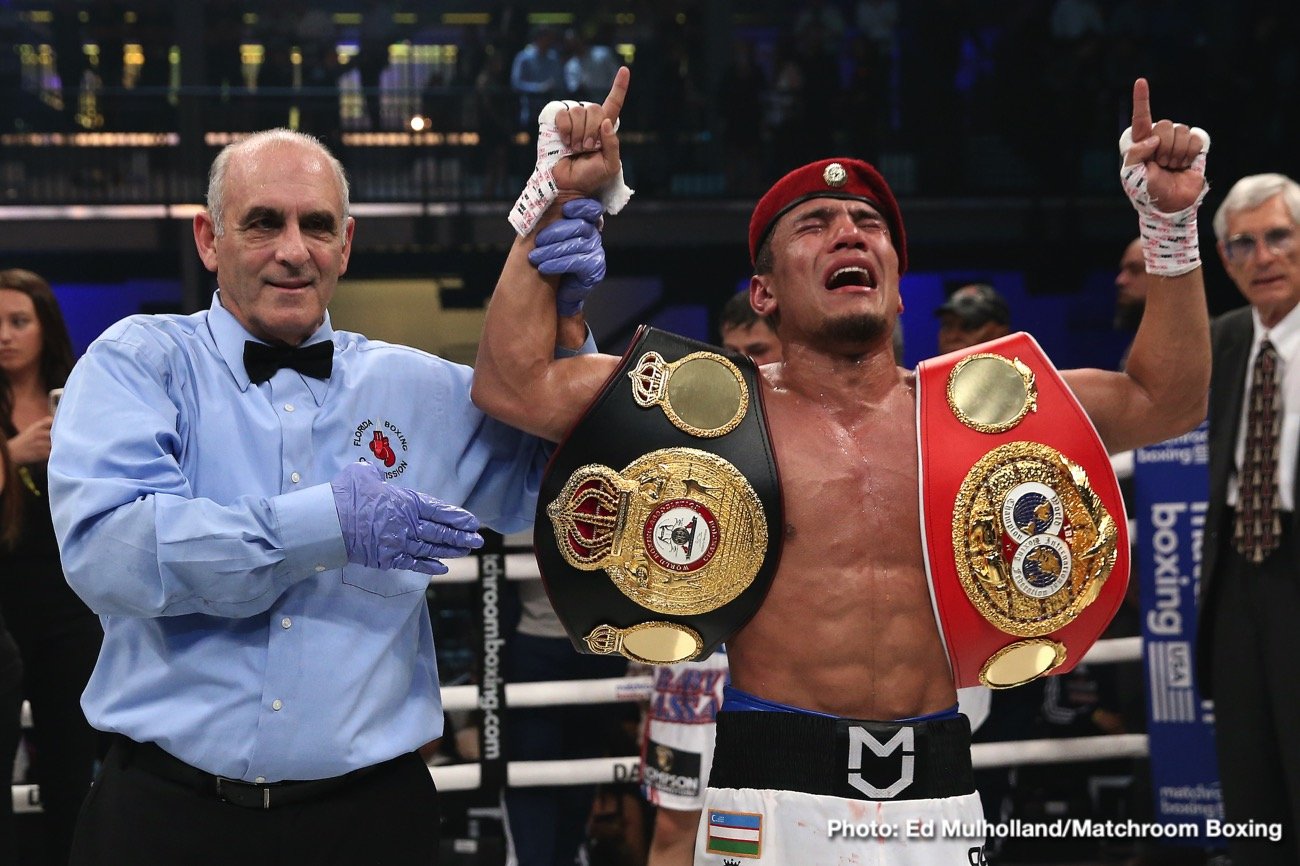 Akhmadliev’s Promoter Matchroom Boxing (Eddie Hearn) and Rios’s representative Golden Boy Promotions have until May 6 to agree on a deal or the fight will go to purse bids. With Akhmadleiv just fighting he may have the opportunity to compete 3 times in 2021.

Akhmadliev was a prolific amateur with a 300-20 record capturing Bronze at the 2016 Summer Olympics and Silver at the 2015 World Championships. Additionally, he competed for his native Uzbekistan Tigers in the 2016 and 17 World Series of Boxing giving him an edge over fellow amateurs when turning professional in 2018.

Akhmadliev won the titles in just his 8th professional contest against Champion Danny Roman on the Andrade-Keeler Undercard in January 2020. Since then, he has made one successful defence of his WBA and IBF Belts against IBF Interim Champion Ryosuke Iwasa on April 3 boxing in his native country for the first time in his professional career.

Akhmadliev-Iwasa was a historic event part of Matchroom and DAZN’s global expansion which launched in December 2020. The card featured the best talent in Uzbekistan boxing with the likes of Madrimov, Giyasov and Jalolov in front of 10,000 native fans in Tashkent.

Ronny Rios has been a pro for a decade more than Akhmadliev and came through the hard route of boxing on smaller shows in America. He has 3 defeats in his career when he was upset by Robinson Castellanos in 2014, outpointed in his world title challenge against Rey Vargas in 2017 and knocked out by Azat Hovhannisyan in 2018.

Rios has rebuilt since the Hovhannisyan defeat under the tutelage of Golden Boy Promotions and captured signature wins over Diego De La Hoya and Oscar Negrete. He has proven himself at the top level in the 122-Pound weight class and is well-deserving of a title shot.

Tyson Fury: “I’m the Boss” of the heavyweights »