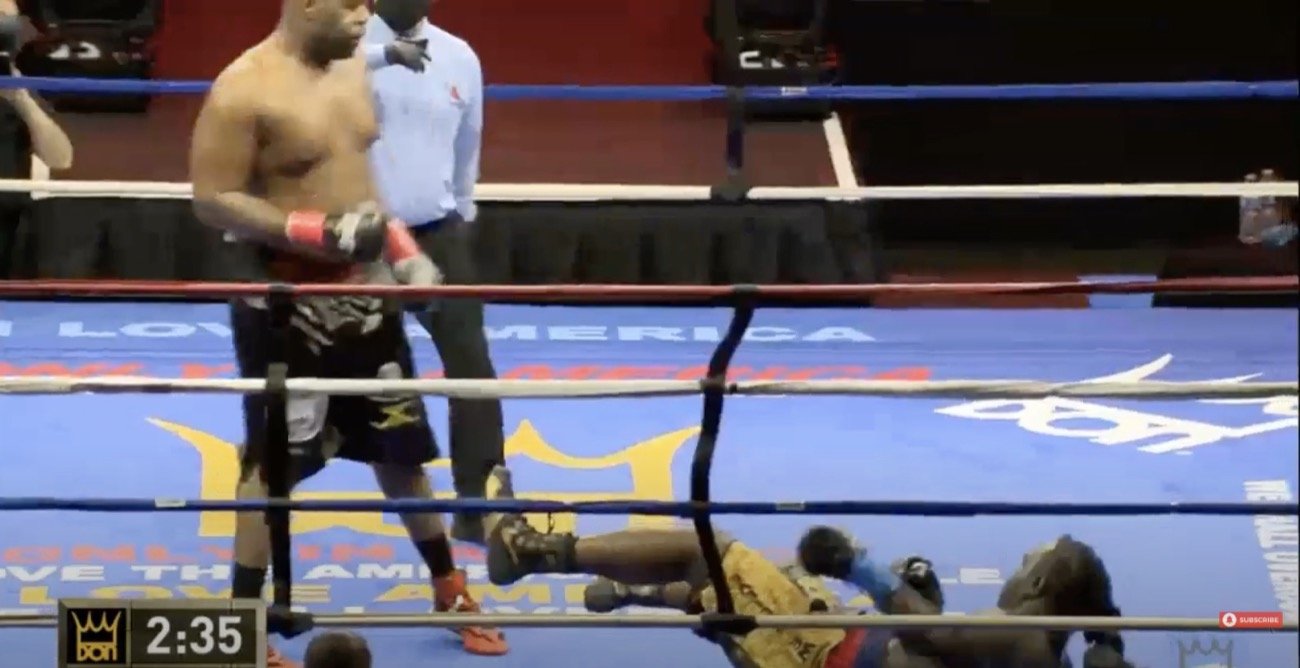 Exclusive interview by Ian Aldous: If we thought 2020 had been a crazy year, 2021 started in even more bizarre fashion for boxing fans desperate to see some heavyweight action. On January 29th, Trevor Bryan (21-0), then-interim champion, and Manuel Charr, then-regular heavyweight champion of the WBA, were finally due to settle their score in a clash that had originally been ordered as far back as 2019. Fans and media who had waited patiently became concerned as fight week loomed, when it became clear, via Manuel Charr’s verified Instagram account, that he hadn’t even arrived in the U.S.; very unusual preparation for a fight of this magnitude. However, Trevor Bryan anticipated the arrival of Charr with excited expectation, rather than timid trepidation.

“Going into the fight, all the way to the weigh-in, I believed Manuel Charr was going to be there,” the thirty-one year old explained. “I didn’t know that he wasn’t going to make it. I heard (the rumours) but I can’t really read into speculation – I know how this boxing thing goes when people say this and people say that. I was ready for Charr. I was kind of disappointed that he didn’t make it because I really wanted that fight.”

Charr blamed Bryan’s promoter Don King and King places the blame at the door of the German-based Lebanese heavyweight and his team. It was a chaotic build-up to the biggest fight of Bryan’s career so far. I questioned when he actually found out about the opponent change?

“Literally on the scale,” he said with a chuckle, “not before I walked into the weigh-ins, I mean literally, (I said), ‘where is Manuel Charr?’ at the scale.”

Just over twenty-four hours prior to bell time, ‘The Dream’ had ascertained that Charr was not in town, and that faded former WBC heavyweight champion, Bermane Stiverne was stepping in. The substantial switch didn’t fluster Bryan, who took it firmly in his stride. He and trainer Stacy McKinley had prepared the best possible version of Trevor Bryan, no matter who opposed him on fight night.

“Yes, we do train for a certain person when we have a training camp, but realistically we train for all different types of styles,” he said. “As long as we come in shape, we’re ready to fight and execute our plan of what we have to do to accomplish every single thing that we have to do, round-by-round. If it was Manuel Charr, Bermane Stiverne, or AJ could have showed up – my mindset is, ‘Trevor, this is what you have to do, let’s do what you do best’. It was unfortunate that he didn’t make it.”

Little was anticipated of Stiverne, stopped in his last two fights, at such short notice, but he valiantly attempted to land big right hands in the hope of landing a ‘Hail Mary’ punch. Bryan couldn’t miss with his jab – a jab compared to Larry Holmes’ legendary left hand on commentary – popping it constantly to win round-after-round. The New Yorker eventually dropped Stiverne twice and he was rescued by the referee in the eleventh.

“My jab was on that night,” he proudly proclaimed. “I want to just keep perfecting my jab, and for me to be compared to Larry Holmes and have a jab like that is phenomenal. This is just the start. It can only get better from here.”

Bryan had claimed the heavyweight championship that the WBA had taken from Charr, who they’d now refer to as their champion in recess. The pair have been ordered to rectify the messy situation and fight by May 30th 2021.

“Whatever the WBA and Don King decide what they want to do with Manuel Charr, I know they did say May 30th, I’m more than willing and able and ready. I want to fight Charr.”

“That guy right there is completely a paper champ,” he added.

“Trevor Bryan is the heavyweight champion of the world right now. I’m going to take my career to the next level, and the big names, that’s who I want.”

As he stands on the precipice of a lucrative fight against the winner of Anthony Joshua and Tyson Fury, Bryan refuses to sit around and simply wait on the likelihood of attaining the WBA’s mandatory challenger status for Joshua’s WBA super championship. Standing in his way is the AJ/Fury blockbuster being signed as a two-fight series, as well as Oleksandr Usyk and his drastically overdue mandatory shot at the WBO strap. It could be a substantial wait.

“We’re not going to wait, if that’s what’s going to happen,” Bryan told me. “We’re going to have someone lined up, if I don’t fight one of those guys. I’m not going to just sit around and hold this belt. I want to show people that I’m the champion and I’ll defend this belt.”

“We’re not no paper champions where we’re going to sit on the belt for three years.”

“Right now, all I’m screaming is Tyson Fury and AJ!”

“For me to showcase my talent against those guys, the best in the world, I’m going to show people why I’m in the position I am. They’re going to see much more from ‘The Dream’. Whoever I have to fight to get one more position (closer) to get to that fight, Trevor’s going to flourish. I want to show that I am supposed to be where I am. I’m supposed to be heavyweight champion of the world and people are going to respect my name and I’ll start this legacy off right here.”

After two-and-a-half years without a fight, Bryan admitted to putting on a couple of pounds during the pandemic, but just a week after glorious victory over Stiverne, the eager new champion returned to the gym, claiming he could do fifteen rounds, if it were required.

He has his sights firmly set on Tyson Fury, Anthony Joshua and anyone else who dare stand between him and the two best heavyweights in the world.