By Sean Jones: Max Kellerman of ESPN says he wants to see IBF/WBC light heavyweight champion Artur Beterbiev (16-0, 16 KOs) take on Canelo Alvarez if the Mexican star is willing to come up to 175 to make this fight happen.

Like many fans, Kellerman views the Canelo vs. Beterbiev fight as one of the best fights in boxing that can be made.

Beterbiev, 36, already made it known that he’s waiting for a phone call from Canelo following his 10th round knockout win over Adam Deines on March 20th.

The two-time Russian Olympian Beterbiev sees it as no problems putting a fight together between him and the ‘Face of Boxing’ Canelo.

If Canelo successfully unifies the 168-lb division this year, he may feel courageous enough to go up to 175 to face Beterbiev. But for Canelo to unify the division, he would beat Beterbiev and Dimitry Bivol.

That wouldn’t be nearly as easy as unifying the 168-lb division by Canelo defeating Caleb Plant, Billy Joe Saunders, and Callum Smith.

“He’s the guy I really want to see Canelo fight because it would be such a great styles match-up,” said Max Kellerman to ESPN Max on Boxing.

“Beterbiev – Canelo. James Toney and Vasily Jirov once had a fight like that at cruiserweight [in April 2003]. One guy, Beterbiev, wants you to stand right there so he can go to you.

“The other Canelo wants you to come to him so he can counter. I’m not trying to get Canelo beaten here. I don’t know that he beats Canelo.

“I think Canelo has a real good chance to win that fight, but if Canelo is brave enough to go up to light heavy for a past his prime [Sergey] Kovalev, why not a real challenge against Beterbiev?

“And I think it’s one of the very best fights you can make in boxing. In the meantime, if [Joe] Smith beats [Maxim] Vlasov, of course. 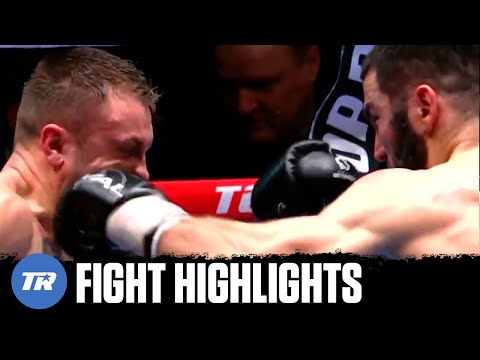 “There will be fireworks for as long as it lasts, Smith vs. Beterbiev, but Beterbiev will be an overwhelming favorite in that fight,” said Kellerman.

Getting Canelo to take the fight with Beterbiev may prove to be difficult right now, as he’s already said that it’s too much of a size problem for him to fight at 175.

Although Canelo beat Sergey Kovalev by an 11th round knockout in 2019 to win the WBO light heavyweight title, it was a hard fight.

Despite Kovalev being a shot fighter and fighting in what appeared to be a strange-looking slow-speed fight, he still gave Canelo fits.

Beterbiev wouldn’t hold back the way Kovalev appeared to be doing, and it could end badly for Canelo.

“Is Joe Smith his next possible opponent?” said Kellerman in talking about Beterbiev’s next possible fight. “Smith fights Maxim Vlasov in two weeks [on April 10th in Tulsa, Oklahoma] for a belt [vacant WBO 175-lb title] right here on ESPN; it’ll be a terrific style match-up.

“Beterbiev wasn’t too worried about what was coming back at him in this fight [with Adam Deines on March 20th in Moscow, Russia]. Listen, he wasn’t hard to hit, and he’s never really exceptionally hard to hit.

“He’s a real pressure fighter, a Russian tank, but he walks through shots, and boy does he deliver his own. He’s the best light heavyweight in the world unless Dimitry Bivol is,” said Kellerman.

Top Rank promoter Bob Arum has already made it known that he wants to match Joe Smith Jr (26-3, 21 KOs) against Beterbiev if he wins his April 10th fight against Maxim Vlasov.

Smith and Vlasov are competing for the vacant WBO light heavyweight title on ESPN at the Osage Casino in Tulsa, Oklahoma.

In some ways, Beterbiev vs. Joe Smith Jr will be a better fight than Beterbiev-Canelo because Smith is more of a slugger who will come to fight.

He won’t be using the dull Floyd Mayweather Jr defensive, a safety-first style that we often see from Canelo when he faces opposition with punching power.


« Eddie Hearn says a site deal for Joshua vs. Fury will be locked in this week