The popular Matchroom Boxing promoter Hearn says Lomachenko (14-2, 10 KOs) is the “preferred” opponent for Devin (25-0, 15 KOs) to face, but what could prevent the fight from happening is Top Rank promoter Bob Arum.

Hearn says he heard Arum say that he wants to wait until Haney is no longer with DAZN before making the match with Lomachenko, and unfortunately, that’s not going to happen soon.

Linares, 35, is a good opponent for Haney to fight, but he’s clearly not at the same level as Lomachenko. With a record of 3-2 in his last 5 fights, Linares won’t grab the same amount of interest from the boxing public as if Haney defends against Lomachenko. 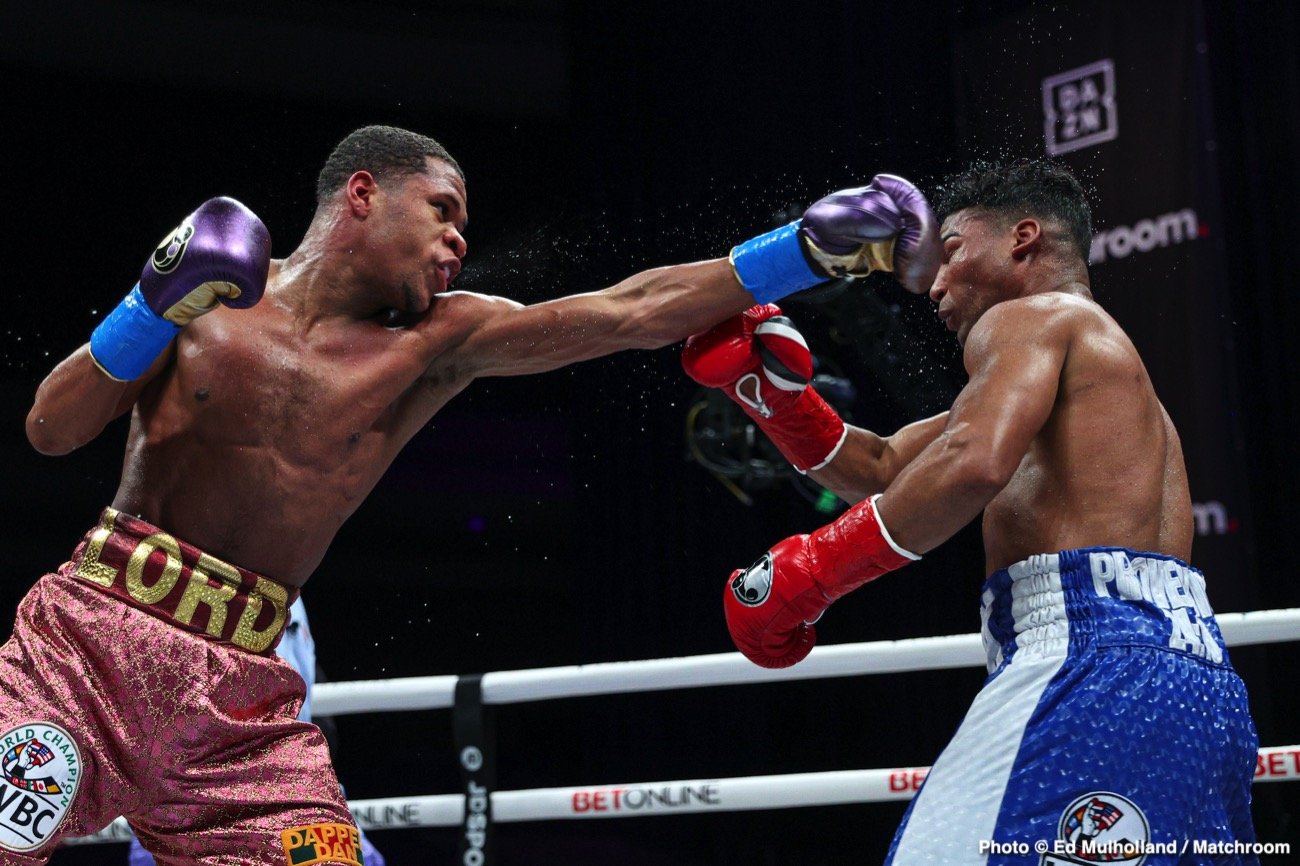 By fighting Lomachenko, Haney gives the fans a chance to compare him to Teofimo Lopez, as he recently defeated Loma by a 12 round unanimous decision last October.

Hearn isn’t saying whether he believes Haney can beat Lomachenko. If he’s wary of Haney’s chances of winning that fight, he may drag his feet and not push too hard to get Top Rank to make the Haney-Lomachenko bout.

If you’re Bob Arum, you got to like the Haney fight for Lomachenko because it’s one that he would have a good chance of winning. Haney, 22, is still developing as a fighter, and he lacks the experience to take on a guy like Lomachenko,

“Bill Haney called me and said, ‘Make the Lomachenko fight,” Hearn told IFL TV on Friday. “I’m happy to do that fight, and Devin is more than happy to fight Lomachenko.

“That would probably be a preferred fight to Linares. But if we can’t, Linares is pretty much agreed and ready to go. I think it’ll be [Linares that Haney fights rather than Lomachenko],” said Hearn.

Lomachenko won’t get the same kind of credit from boxing fans if he beats Haney as if he were to avenge his defeat against Teofimo. Disappointingly, Lomachenko can’t get the rematch with Teofimo because he doesn’t want to fight him.  Teofimo has moved on and plans on facing George Kambosos Jr next to fulfill his IBF mandatory requirements.

Haney is in a position where he needs the biggest name possible to show that he’s the number one guy at 135 and not the undisputed lightweight champion Teofimo Lopez. 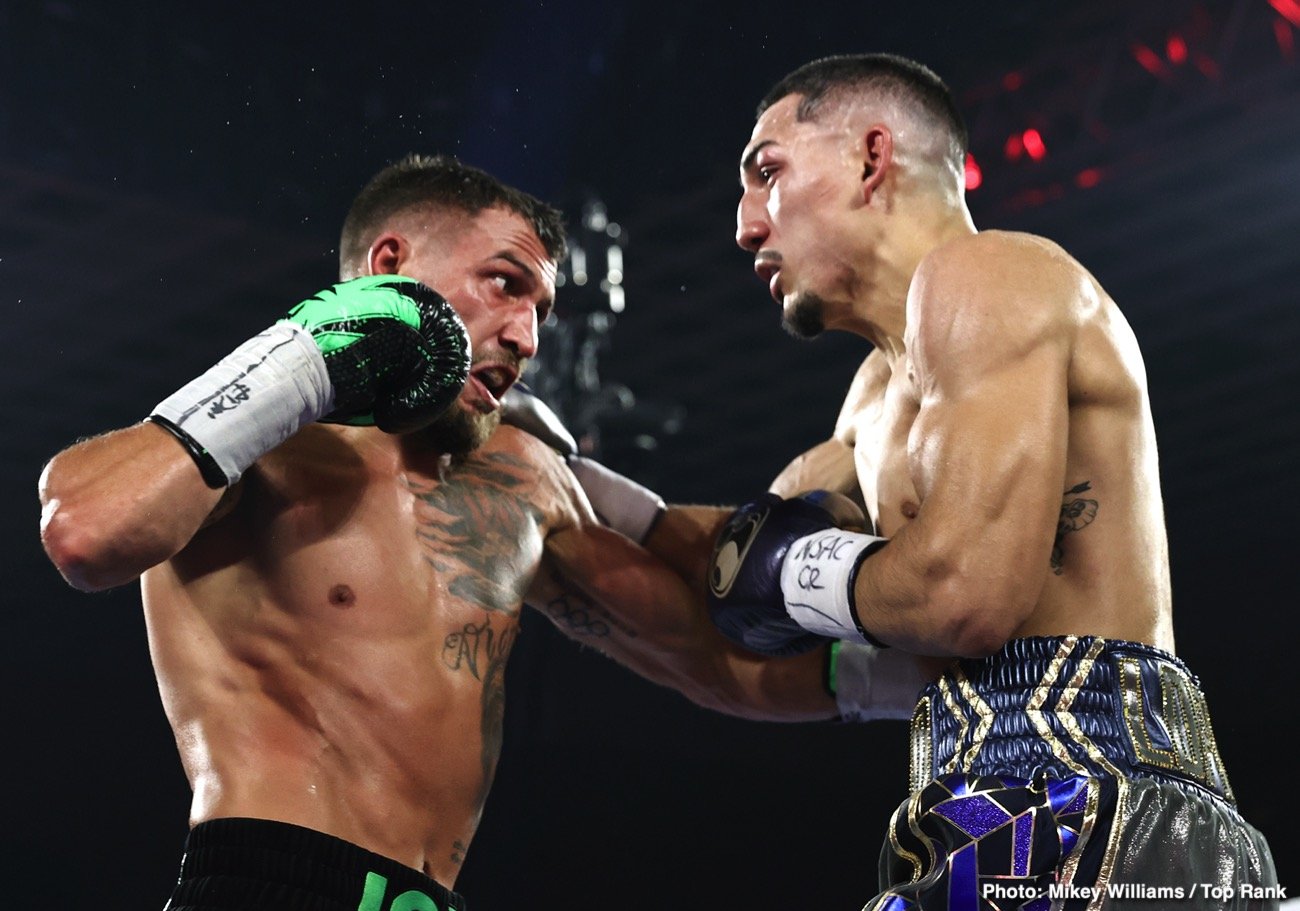 As of now, Teofimo, 23, is viewed by boxing fans as the #1 fighter in the division based on his victory over Lomachenko

“I saw Bob’s interview last night where he said, ‘We wouldn’t do that fight [Lomachenko vs. Haney] on DAZN, so we’ll wait until Devin Haney is a free agent.’ You’ll be waiting for a long time,” said Hearn in sending a message to Arum.

Bob Arum has got to know that Hearn will quickly resign Haney once his contract expires. Haney seems happy with Matchroom Boxing, and he’s not likely to leave.

Arum should consider letting Lomachenko take the fight with Haney because it’ll provide the two-time Olympic gold medalist his quickest path to winning a world title.

Lomachenko is ranked #1 with the World Boxing Council, which means he will be made Haney’s mandatory soon anyway. It might take another year before Lomachenko gets made the mandatory, though, because Ryan Garcia has already earned that spot.

Haney vs. Linares isn’t a bad fight. Fans well know Linares in the U.S, and he’s coming off an impressive stoppage last year against Carlos Morales in February 2020. Linares has been out of the ring for over a year now, but that’s not Haney’s problem.