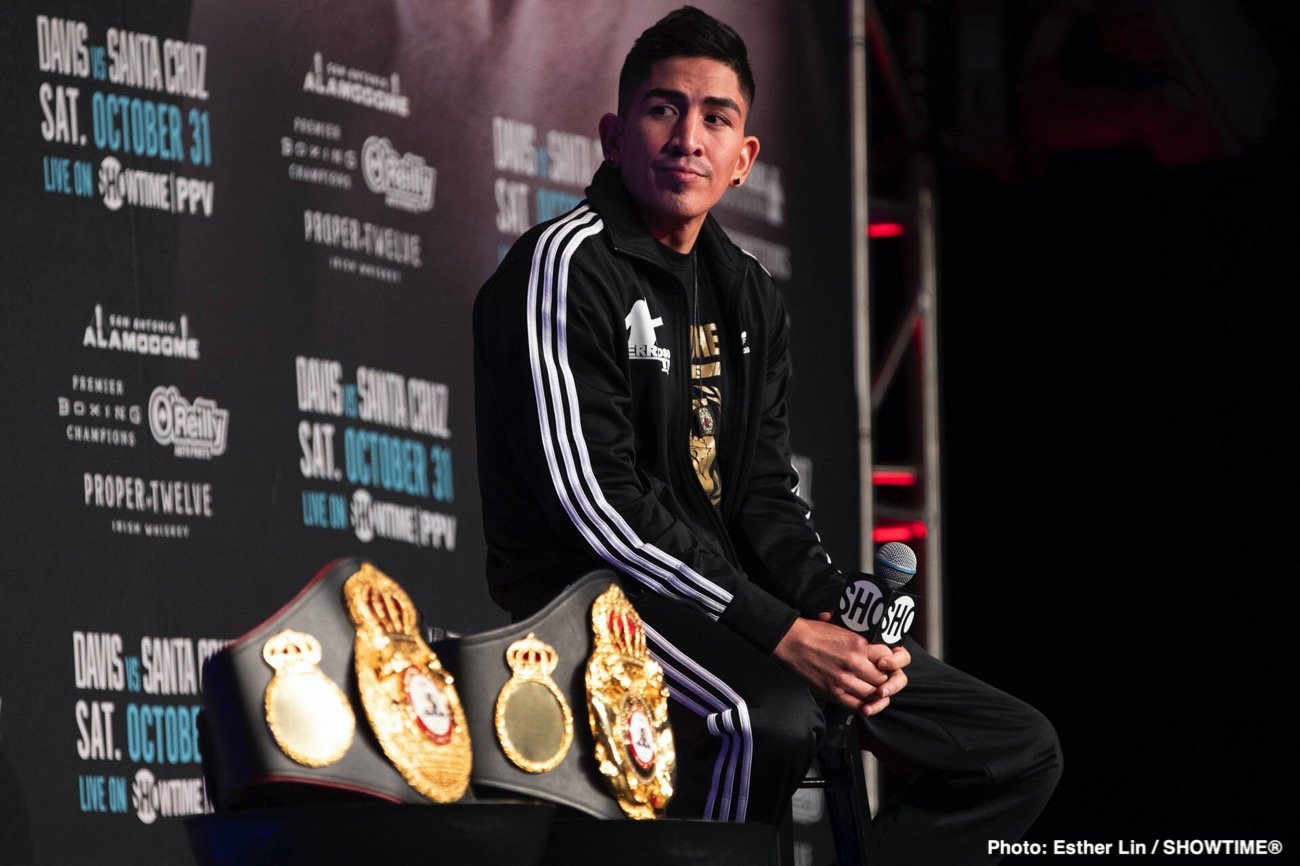 By Don Young: Leo Santa Cruz is calling out Oscar Valdez for a fight, and he says he’s got the perfect style to make for an exciting fight for the fans.

That was a bad knockout loss for the 32-year-old Santa Cruz, as he was unconscious by a big uppercut from Tank in that fight at the Alamodome in San Antonio, Texas.

Top Rank is interested in matching Valdez against their rising star Shakur Stevenson next, a fight that creates a bigger star out of the clash winner. That would be an in-house fight for the promotional company, and Bob Arum is excited about making the fight soon.

Stevenson had been pegged to face the winner of the match between WBO 130-lb champion Jamel Herring and Carl Frampton, but he’s turned his attention to Valdez following his upset win over Berchelt.

It does make sense for Top Rank to consider letting Valdez take on Santa Cruz first before making the fight with Shakur, as it would give Valdez a chance to beat one of the best fighters in the sport.

Santa Cruz still has a good name, and he has a lot of fan support. You can argue there would be more fan interest in a fight between Valdez and Santa Cruz than there would be for a Valdez-Stevenson bout.

Shakur, 23, is still building his fan base, and he hasn’t been around as long as Santa Cruz. If Top Rank is confident that Valdez can beat Santa Cruz, they should make that fight before Stevenson gets a chance to fight Oscar.

“People were saying a fight between me and him, I’m up for it,” said Santa Cruz to Fighthype on him wanting to fight Oscar Valdez.

“I know people are going to say that I just got knocked out. I‘m coming from a loss, but that doesn’t matter. That’s what we’re here for. We’re here to fight, and I’m not scared to go out there.

“What I want to do is go out there and entertain the fans. I know a fight between me and Valdez would be really great and entertaining for the fans.

“I know Miguel Berchelt is a great fighter, but he didn’t have the style. Oscar Valdez made it look easy because he boxed.

“Me, I know how to do both too, and I’d make it more entertaining. People say, ‘You got knocked out [by Gervonta Davis]. 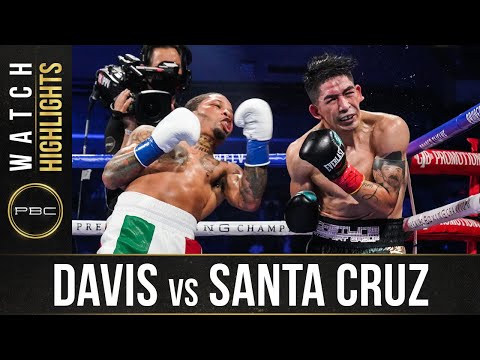 “Go out there and take an easy fight.’ I don’t want to go straight for the best. I want to entertain the fans,” said Valdez.

Santa Cruz is a better fighter than what he showed in his loss to Tank Davis.

The former four-division world champion Santa Cruz was getting the better of Tank up until he walked into a big shot from him in the sixth round, and it was one of those things where he got caught.

If Santa Cruz doesn’t get the fight with Valdez, he needs to consider moving back down to the 126-pound division because he’s not looked great in his two fights at 130 since moving up in weight in 2019.

Santa Cruz struggled to defeat Miguel Flores by a 12 round decision in his first fight at super featherweight in winning the WBA title.

Flores had lost two out of his last four fights going into the Santa Cruz clash, and it should have been an easier fight than it turned out to be for Leo if he made for the division.

In Flores’ last fight, he was destroyed by Eduardo Ramirez by a 5th round knockout last December. Ramirez made it look easy, but unlike Santa Cruz, he’s a natural 130-pounder.