By Charles Brun: 2016 Olympian Lawrence Okolie weighed in at 199.4 lbs on Friday for his 12-round fight against Krzysztof Glowacki for the vacant WBO cruiserweight title on Saturday night at the Wembley Arena in London, England.

Interestingly, the soon-to-be 35-year-old Glowacki (31-2, 19 KOs) weighed in five pounds under the cruiserweight limit at 195.8 lbs, which shows that Okolie could dramatically outweigh him on Saturday night.

There are already many boxing fans who feel that the 6’5″ Okolie (15-0, 12 KOs) is, in reality, is a heavyweight masquerading as a cruiserweight. On Saturday, the huge heavyweight-sized Okolie will likely be quite noticeable against his smaller, much older opponent Glowacki.

Goodness knows why the World Boxing Organization has chosen to keep Glowacki at #1 with their organization. I mean, with that kind of a layoff from the sport, Glowacki should have been lowered in the rankings.

Given Glowacki’s advanced age, inactivity, and dreadful showing in his last fight against Briedis in 2019, it’s very likely that Okolie, 28, will have little problems winning.

What the southpaw Glowacki has going for him is punching power and the fact that Okolie’s chin is arguably weak. We saw what Cuban great Erislandy Savon did to Okolie in the World Series of Boxing in 2016 with his brutal third-round knockout.

Glowacki isn’t quite the puncher Savon is, but he’s not far off. That left hand of Glowacki is powerful, and he’s capable of knocking out Okolie if he can land that shot early in the fight.

Also, the Polish fighter has an excellent right hook that he throws with power as well, and that’s a punch that he can KO Okolie with as well. The problem that Glowacki has is his inactivity and his age.

Glowacki hasn’t looked like the same fighter in his last couple of fights that destroyed former WBO cruiserweight champion, Marco Huck in 11 rounds in 2015.

“In just 15 fights, Lawrence Okolie has done it all, and now it’s the moment of truth,” said promoter Eddie Hearn. “Britain has the chance to crown another World Champion, but Lawrence has it all to do against a great fighter and former World Champ in Krysztof Glowacki, who is someone that has mixed it consistently at the top level.”

Yeah, Okolie is getting a world title shot after 15 fights, but what Hearn isn’t saying is that he’s well-connected regarding his promoters.

Would a fighter that was with a small-time promoter be given a world title shot after 15 fights? I doubt it seriously. When you stand on someone’s shoulders, you can see far. 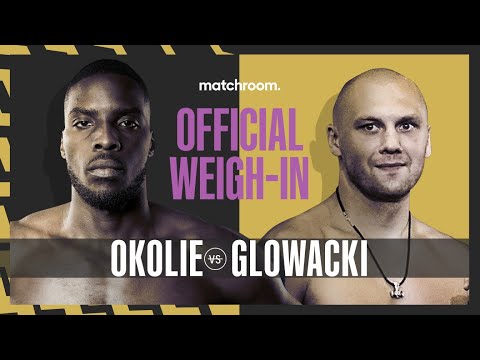