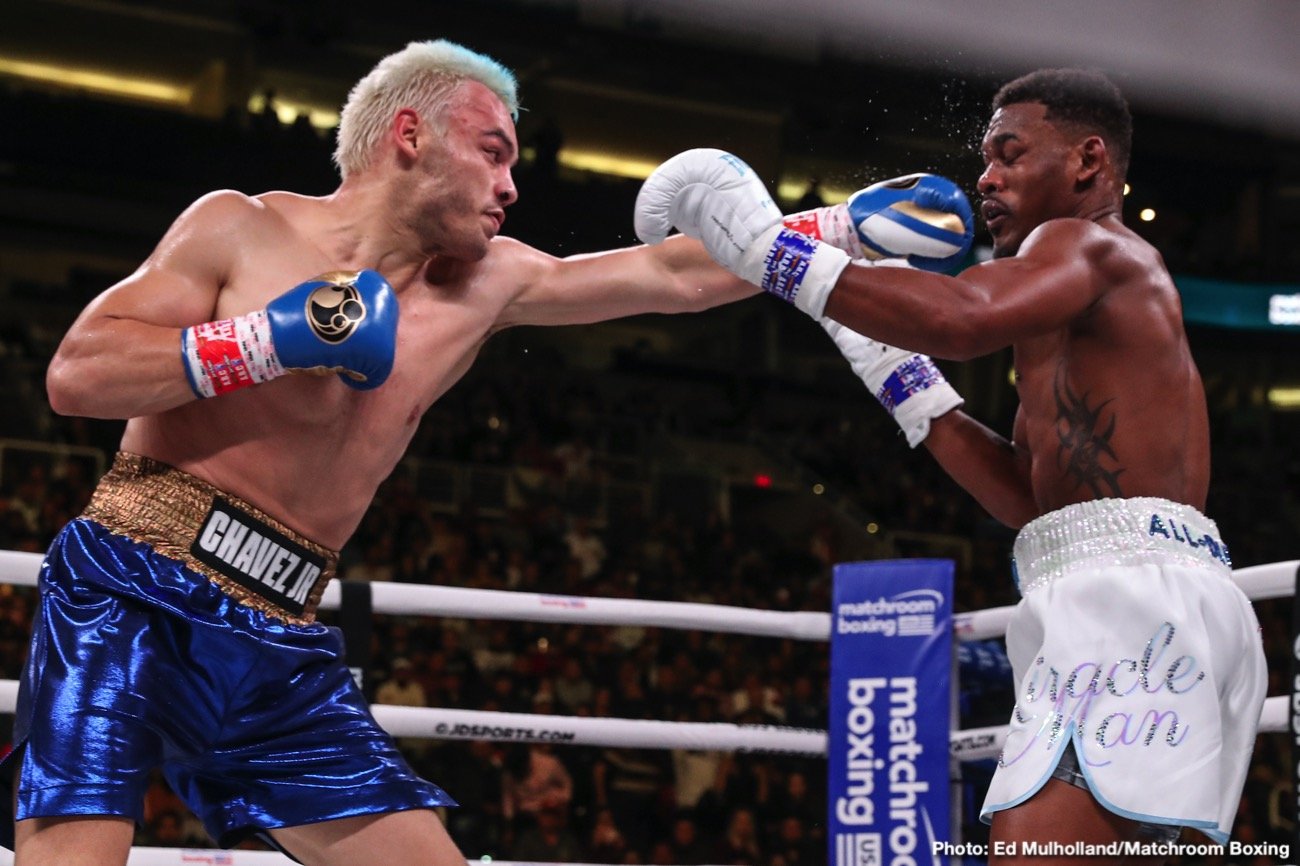 By Dan Ambrose: Julio Cesar Chavez Jr is another one of many people that weren’t impressed with Canelo Alvarez’s slaughter of the hopelessly outclassed, ring-rusty Avni Yildirim last Saturday night in Miami, Florida.

The former WBC middleweight champion Chavez Jr  (52-5-1, 34 KOs) says he’ll fight Canelo (55-1-2, 37 KOs) for free at 175 pounds. The 35-year-old Chavez maintains that Canelo wouldn’t make more money fighting anyone else than he would by battling him in a rematch.

Unfortunately, Canelo already beat Chavez Jr by a one-sided 12 round unanimous decision four years ago in an HBO pay-per-view fight in May 2017 in Las Vegas.

Canelo took a lot of abuse from boxing fans for the one-sided mismatch with Chavez Jr, and it’s hard to imagine he would want to entertain the idea of giving him a rematch.

But that was before an even worse mismatch last Saturday with Alvarez beating Yildirim by a third-round knockout in the main event in a DAZN broadcast from the Hard Rock Stadium.

Watching Canelo-Yildirim was like Deja Vu, looking like a similar fight as Canelo’s match against Chavez Jr four years earlier.

It’s not as if DAZN and Canelo didn’t have an idea of how horrible a fight this was going to be, as Yildirim hadn’t fought in two years and was coming off a loss to past his prime Anthony Dirrell in 2019. 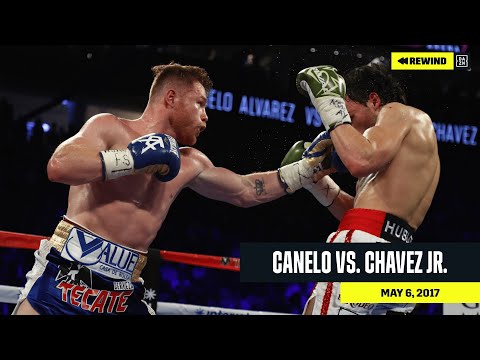 It’s unclear whether any of the top brass at DAZN had reservations about agreeing to let Canelo fight Yildirim on their network platform or not?

The signals were there. This was a horrible idea to accommodate Canelo for his mismatch against Yildirim.

It was essentially a duplicate level fight as the Chavez Jr match from 2017, but worse because Yildirim lacked the chin to take the punishment that Alvarez was dishing out.

“I repeat with these rivals the only thing that implies that you want to generate money! And I am not going to charge you anything! I will fight for free with
@Canelo, and he will not recognize it! I wouldn’t win more money with anyone than a rematch with me! With no one the only condition 175! No money!

“Win @Canelo! But one way or another can not give viewers a worthy show, especially when it claims to be the best!

“A rival [Yildirim] without 2 years without getting into a ring! I get on @Canelo and I do not charge 175 pounds the day you want,” said Chavez Jr.

Well, if DAZN is going to allow Canelo to fight guys like Yildirim, it’s on them for agreeing to the mismatches. It’s unclear what Canelo would have done if they had turned down the fight. Would Canelo have shopped it to Showtime or ESPN?

Chavez Jr’s career is in such bad shape right now that he’s not going to get a fight against Canelo or any elite-level fighter in the sport. Since his loss to Canelo, Chavez Jr has been beaten by Daniel Jacobs and Mario Abel Cazares.

Surprisingly, DAZN streamed the Jacobs vs. Chavez Jr fight in December 2019, and it ended with Julio quitting on his stool after the fifth round due to a broken nose

To earn third fight with Canelo, GGG must prove he has something left »