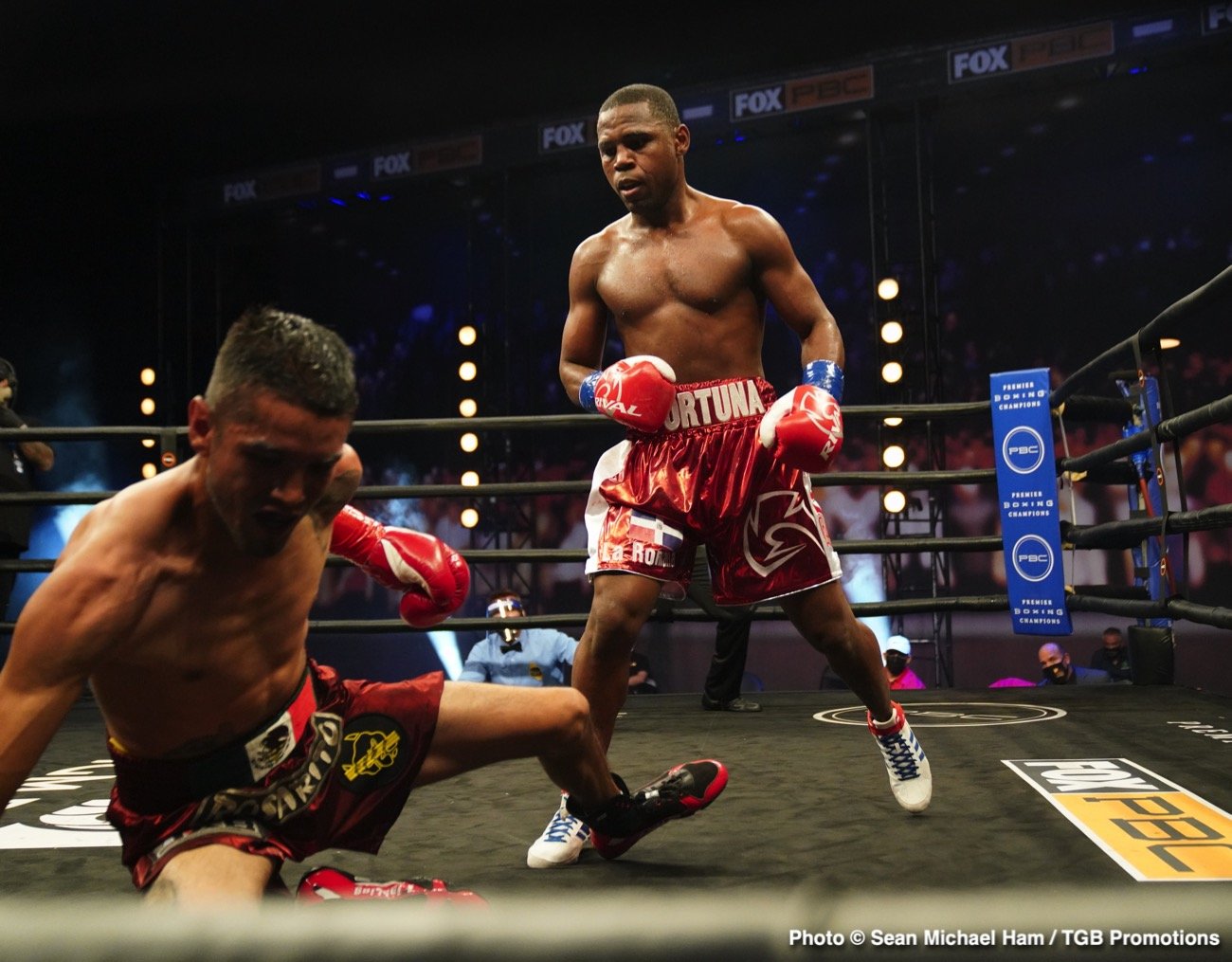 By Sean Jones: Paulie Malignaggi believes that Javier Fortuna could give Ryan ‘Kingry’ Garcia many problems and potentially beat him if he goes through with this fight.

The World Boxing Council ordered the Garcia vs. Fortuna fight this month for the interim WBC lightweight title and the mandatory spot for champion Devin Haney.

Although King Ryan (21-0, 18 KOs) already won the interim WBC 135-lb title and the mandatory spot with his seventh-round knockout win over Luke Campbell on January 2nd, he decided to try and get a fight against Gervonta ‘Tank’ Davis and Manny Pacquiao.

Now that neither of those fights has happened for the 22-year-old Ryan, the WBC has ordered him and Fortuna (36-2-1, 25 KOs) to begin negotiations.

The purse bid is tentatively scheduled for April 16th if the two fighters cannot agree. With that said, we don’t know yet if Ryan will take the fight with former WBA super featherweight champion Fortuna.

“Nah, I don’t think it’s disappointing. Has Devin Haney beaten a Javier Fortuna yet? I don’t think so,” said Paulie Malignaggi to Boxxer on the news of the WBC ordering Ryan Garcia vs. Fortuna. 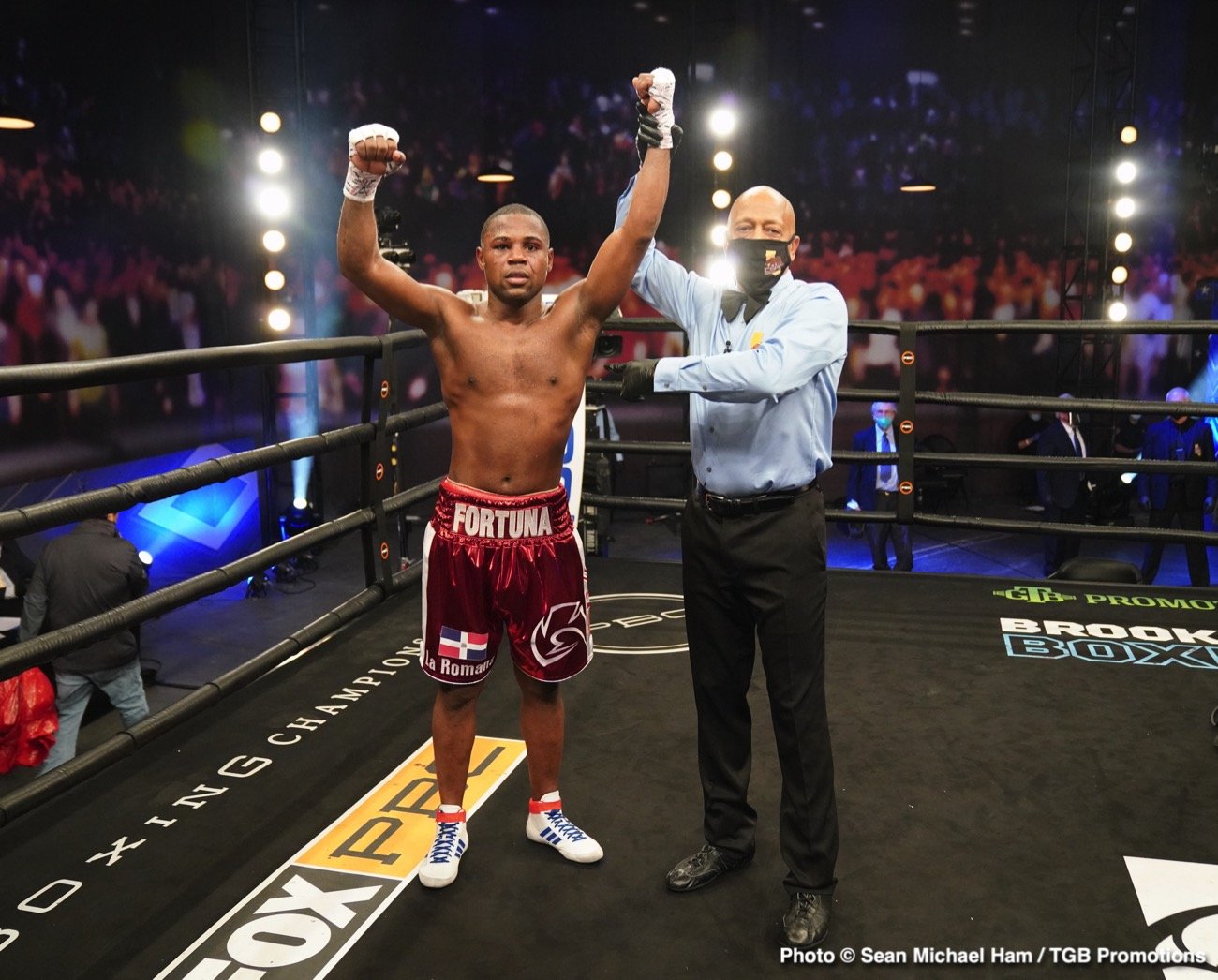 “I don’t see what the problem is. People jump on these hype trains, and then all of a sudden, they start seeing things that aren’t even real. Fortuna is a good that is hard to look good.

“The B titles don’t count,” said Malignaggi about Haney’s WBC title. “I think if [Ryan] Garcia was mandatory for Teofimo Lopez’s WBC title and the rest of the world titles that Teofimo has and he wasn’t going after it, then you could say they’re legitimately pushing him aside.

“I think Haney has the potential to develop into a good fighter; I really do. He’s got skills, he’s got a nice charismatic personality, and he’s got a good mixture of profitability.

“But I don’t know where these rumors started where people said that Lomachenko didn’t send back a signed contract to fight Haney.

“Now people are saying that Ryan Garcia is avoiding Haney. Bro, Haney hasn’t even fought the guy that cashes my check at the bank yet.

“It’s not a knock on Haney because it’s par for the course or his development.

“But when you start to make like guys that fought on levels and levels of many different levels of any of the opponents he’s beaten so far are avoiding him. Now you’re starting to sound a little ridiculous and even stupid,” said Malignaggi.

It’s common knowledge that Haney’s resume is a joke, and that’s been strung along nicely by his promoters.

Although Haney, his dad Bill and his loyal boxing fans talk a lot about how great he is, but his resume doesn’t back it up.

“So I don’t know that Ryan Garcia and Haney not fighting right now is anyone avoiding one another,” Malignaggi said. “I think Fortuna is a tricky opponent.

“He’s not easy to look good against. Ryan Garcia may win the fight and not look good, and then where do you go? Now you got to deal with detractors.

“Personally, for me, I would have matched him with Haney before Fortuna because if you lose to Haney, people are talking about Haney. If you beat Haney, people talk about Haney,” Malignaggi said.

In hindsight, Ryan Garcia SHOULD have fought Haney because that would have shown the boxing world that he’s not afraid of him. That’s what many boxing fans believe.

Losing to Haney wouldn’t be as harmful to Ryan’s career as getting beaten by Fortuna, who has ready been beaten by Robert Easter Jr and Jason Sosa.

“You can let it marinate and build up for more money later,” said Malignaggi about the Haney vs. Ryan Garcia fight. “In that case, then nobody should be complaining because we know what’s going on.

“He’s a durable guy, and he’s shown himself to be a quality world-class fighter, even if he’s on the small side in this fight. I think his best weight is 130.

“I don’t knock the fight, but a lot of Fortuna’s fights end up being ugly. So it might not be the most pretty and aesthetically pleasing fight to watch.

“If you’re Ryan Garcia, it’s not the greatest fight marketability-wise unless he blows out Fortuna, which nobody has done.

“If he [Ryan Garcia] can look good, it’ll be like when Oscar [De La Hoya] was coming up the ladder, and he knocked out Jorge Paez.

“Oscar completely blew him out of the water. It increases his [Ryan] marketability for sure,” said Malignaggi.

A victory for Ryan over Fortuna would be a considerable boost to his career, as it would give him his first victory over a former world champion.

Fortuna is a step above Campbell in talent, and he’s someone that would be a tough test. It’s fair to say that Fortuna is a better fighter now than Jorge Linares, a guy that Devin Haney will be facing next on May 29th.

If Ryan wants to be seen as more than just an Instagram, Youtube social media fighter, he needs to prove that he can beat real fighters like Fortuna. Unfortunately, appears to be looking to cash out and retire.

It’s too bad because he might be a good fighter if he sticks it out, but he might be enticed by the easy money Jake and Logan Paul are making as social media stars.

It was good that Ryan beat 32-year-old Campbell in his last fight, but that guy has never proven himself against elite-level opposition. Linares, Yvan Mendy, and Vasily Lomachenko all beat Campbell.


« Devin Haney defends against Jorge Linares on May 29th