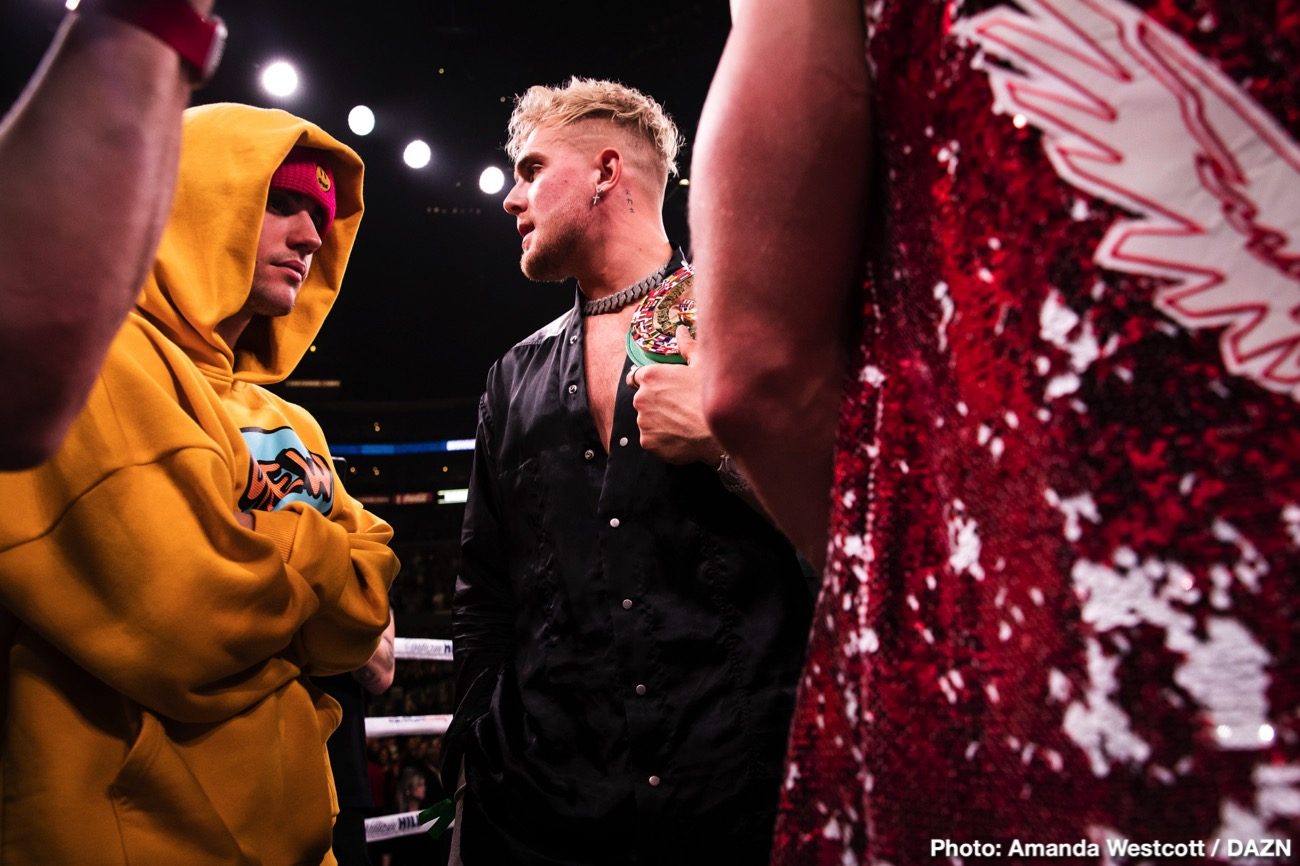 By Charles Brun: Triller announced the pay-per-view price today for the April 17th fight between YouTuber Jake Paul and former UFC star Ben Askren in an eight-round scheduled bout in the professional ranks. Fans can purchase the event for $49.99 on the Triller website. The start time for this event is 9:00 p.m. ET/6:00 p.m. PT. Fans outside the US can watch the fight LIVE on FITE TV.

Additionally, the Paul vs. Askren fight will be taking place at the Mercedes-Benz Stadium in Atlanta, Georgia. There’s no word yet about the number of fans that will be allowed into the event.

This is a step up for the 24-year-old Jake from his last two professional fights against Ali Eson Gib and Nate Robinson. Although the 36-year-old Askren will be making his pro debut inside a boxing ring, he competed in the MMA for ten years and had a lot of success.

Askren comes from a wrestling background in the state of Iowa, and he was a top wrestler in college. If the fight with Jake was on the mat, it would likely be a fast victory for Asken.

Unfortunately for Askren, he hasn’t shown the kind of fistic ability that we’ve seen from Jake during his career in the UFC, and he doesn’t have much time to learn before April 17th.

That’s why many boxing fans are expecting Jake to blow through Askren, in the same manner, he did with Robinson and Gib. However, with Askren’s experience in training for his MMA fights, he could prove to be a formidable foe for Jake Paul on the night.

If you’re Askren, it would be a good idea for him to try and take the fight with Jake into the later rounds to take advantage of his potential stamina problems.

With the early knockouts that Jake has scored since turning professional in 2020, we don’t know if he can handle a fight that goes more than two rounds.

From a logical point of view, it makes sense for Askren not to trade with the younger, stronger, bigger Jake in the early rounds because he doesn’t possess the power or the size to mix it up with him right away.

I mean, we saw what happened with Robinson and Gib when they attempted to battle Jake in a firefight from the start. They were both destroyed quickly by Jake and left on the canvas in a heap.

It’s unclear what kind of sparring help Askren is getting in camp, but for his sake, he’d better be training with professionals because that’s what Jake is doing.

Terence Crawford looking huge, is he moving to 154? »