“GGG needs to move on from Canelo’ says Demetrius Andrade

By Dan Ambrose: Demetrius Andrade says Gennady Golovkin needs to move on stop waiting around forever, hoping to get a trilogy fight against Canelo Alvarez because he’s intentionally aged by the Mexican star and his training team.

Some boxing fans believe Golovkin has held back from fighting often and taking risks with his career because he doesn’t want to lose and then be skipped over by Canelo for the trilogy fight chasing.

Golovkin is about to turn 39-years-old in April, and Canelo last fought him three years ago when he was 36 in 2018.

Andrade (29-0, 18 KOs) believes that Canelo and his team are being calculated by aging Golovkin and waiting until he’s lost his physical skills before they’ll agree to fight him again.

Once Golovkin is long in the tooth and harmless, Canelo will fight him and take advantage of his diminished capacity.

The casual boxing fans, who are unaware of Golovkin’s age, will give Canelo full credit for his win over him as if he beat a prime version of GGG rather than a guy that has gotten old.

“I’m happy to get back in the ring. Liam Williams is an incredible fighter,” said Andrade to DAZN. “I want to get in the ring with the other elite guys. Billy Joe moved up to the next weight class, and he became the WBO champion.

“Canelo’s team is smart,” said Andrade. “This is what they say. ‘Let’s just wait another year, and we’ll fight whoever we got to fight, let’s just wait. Oh, GGG is 41-years-old. Let’s just wait for one more [year]. Oh, GGG, you’re still around. Let’s fight.’

“So GGG needs to get out of that. ‘If I want to make my mark, let me fight someone else who is the best out there. Win, lose, or draw, boom, boom. I did it. I have my boxing career,” said Andrade.

It would be good for Golovkin to forget about Canelo because he’s missing out on many great fights by him choosing to play it safe.

If Canelo is going to fight Golovkin, it likely that it won’t happen until 2022.

By that time, Golovkin will be 40-years-old, and it’ll have been four years since Canelo last fought him. At that point, Golovkin likely will be knocked out by Canelo, and it would be kind of sad to see him taken advantage of.

“I said I’ll move up to 168 and fight you, or you come down and fight me for the WBO,” said Demetrius about Saunders. “Fighting Liam Williams isn’t an ideal fight.

“I don’t know about Liam Williams. It’s not that he hasn’t fought nobody. It’s that nobody ever mentions him or knows of him.

“Liam Williams got the opportunity because Munguia said no, he didn’t want to fight me. We went down the list, and Liam Williams was someone that wanted to fight me. This will give me the chance to show that I’m the best.

“Murata might be willing to do it,” said Andrade about him wanting a fight with him. “I’m saying because I can’t get the Golovkin fight right now.

“Maybe he’ll have a change of heart. It comes down to the threat factor. You know the possibilities of fighting Murata and winning than you do fighting Demetrius Andrade. So that’s going to stop you from the Canelo trilogy,” said Andrade.

“I’m expecting him to bring his A-game and do the best he can,” said Andrade about Liam Williams. “I got to do what I need to do because someone is trying to take my head off.

If Andrade dislikes the Liam Williams fight so much, he should vacate his WBO middleweight title and move up to 168. But that’s not change anything. Andrade will likely be still avoided the same way he is now.

Using his WBO 160-lb title to get the #1 ranking for the WBO strap at 168 still won’t guarantee that he gets a fight against Canelo or Billy Joe Saunders.

Canelo or whoever holds the WBO 168-lb title will likely vacate it if Andrade is their mandatory. 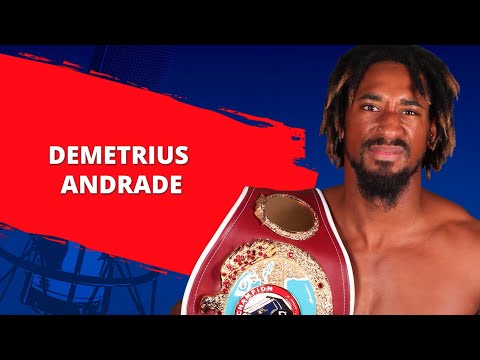 Also, the 32-year-old Andrade isn’t someone that Canelo can age and wait out like he believes he’s doing with Golovkin.

Andrade looks younger than Canelo, and it would be a mistake for the Mexican star to wait four of five years to try and age him. That might backfire on him.

Andrade wants Hearn to get him fights

“That’s what I was using to try and fight Billy Joe Saunders, but he used that to secure the Canelo fight,’ said Andrade about wanting to use his WBO 160-lb title to be installed as the mandatory for Saunders’s WBO 168-lb belt.

“Now, if Canelo wins the fight or if Billy wins the fight, I can still do that. That rule still exists where I can fight in the next weight class up for the WBO.

“He needs to step up to the plate himself and make these fights happen because I’m going everything I’m supposed to be doing,” said Demetrius about his promoter Eddie Hearn.

There’s not much Hearn can do to get Andrade the big fights that he wants against Saunders, Jermall Charlo, Canelo, or Golovkin.

If those guys dislike the idea of fighting Andrade, they’re never going to agree to fight him. Hearn can offer them money, but that might not be enough.

Obviously, they don’t want to lose, and there would be a real potential of them getting beaten if they fought Demetrius.

Canelo is a good fighter, but he’s limited due to his height and reach. A guy like Andrade would likely school Canelo the same way that Floyd Mayweather Jr did.

It’s telling that Canelo has shown no interest in fighting Andrade because it indicates that he’s aware of the threat he poses to him.


« Estrada vs. Chocolatito 3 & Rungvisai vs. Cuadras 2 doubleheader in the works

Jamel Herring vs. Carl Frampton on April 3, live on ESPN+ and Channel 5 (UK) »