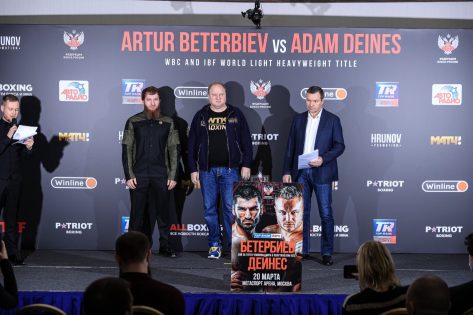 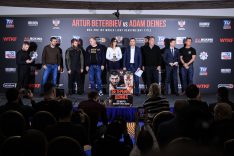 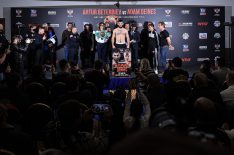 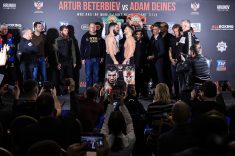 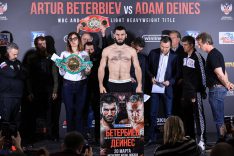 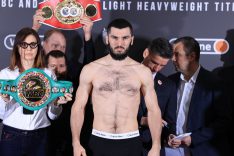 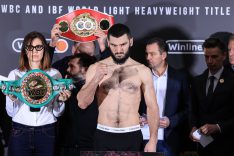 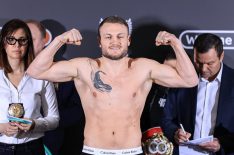 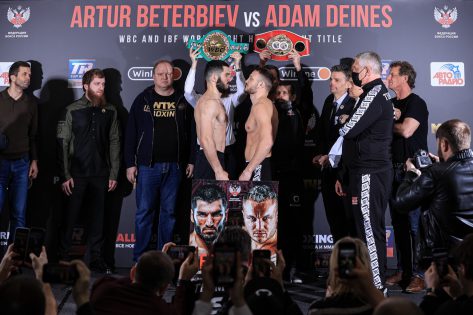 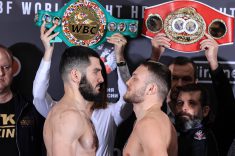 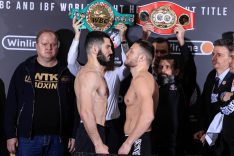 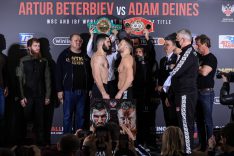 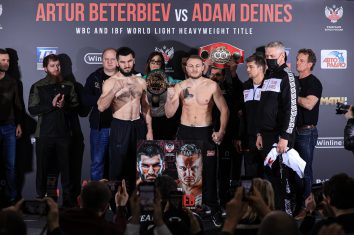 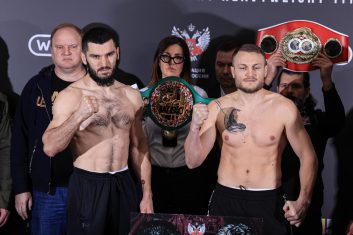 Beterbiev, boxing’s only world champion with a 100 percent knockout rate, returns to his home country for the first time as a professional.

Deines, who resides in Germany, has won a pair of bouts since the lone loss of his career.

The 12-round super middleweight battle of unbeatens – Azizbek Abdugofurov vs. Pavel Silyagin — is the new co-feature and will air immediately preceding Beterbiev vs. Deines on ESPN and ESPN Deportes (simulcast on ESPN+) at 3 p.m. ET/12 p.m. PT.

Here are some of Beterbiev’s thoughts before his showdown against Deines.

“It’s been a difficult year for everyone. Now, I’m feeling good. I had a very good preparation, very good camp in Russia. We’re ready for a fight.”

“I’m very happy to have a fight in my home country. We studied Adam. We watched some videos. We have a couple of strategies.”

“You never hear predictions from me. I’m a simple boxer. I’m not like Muhammad Ali. Muhammad Ali can say, I’ll knock him out in eight rounds, or 10 rounds, but I’m not like this. I’m focused on doing my best.”