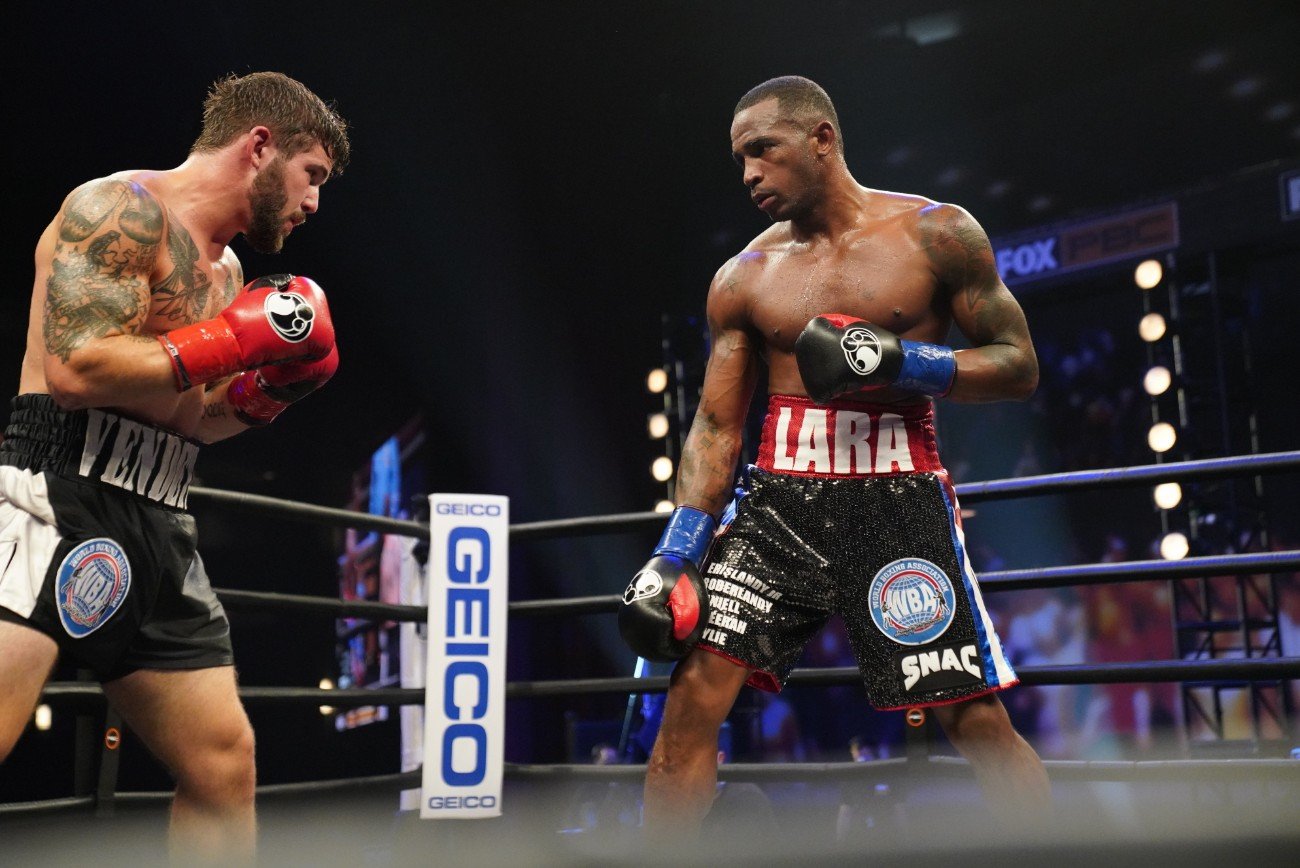 Cuban star and WBA Super Welterweight Champion Erislandy “The American Dream” Lara will seek a third world title in a second weight class when he faces veteran contender Thomas “Cornflake” LaManna for the WBA Middleweight Title in the main event of FOX PBC Fight Night and on FOX Deportes Saturday, May 1 as part of a stacked night of boxing from Dignity Health Sports Park in Carson, California.

The event is promoted by TGB Promotions. Tickets go on sale Friday, March 26 at 10 a.m. PT and can be purchased at AXS.com for the event that includes an action-packed lineup of FOX PBC Fight Night and FOX Sports PBC Pay-Per-View fights. Dignity Health Sports Park will be open to fans in a limited capacity, with all guests remaining socially distanced and subject to local and state health guidelines throughout the event.

“Erislandy Lara has had a long reign as an elite 154-pounder and now has his sights set on a new challenge in the star-studded middleweight division,” said Tom Brown, President of TGB Promotions. “He will bring his renowned skills and style to this tough matchup against the young and rangy Thomas LaManna. With fast-rising Mexican contender Eduardo Ramirez squaring off against the young exciting Mexican brawler Isaac Avelar in the co-main event, this primetime lineup is an ideal way to load up an already stacked night of boxing at Dignity Health Sports Park, leading up to the return of Andy Ruiz Jr. against Chris Arreola live on pay-per-view.”

Lara (27-3-3, 15 KOs) was the longest reigning 154-pound world champion before he lost a tough split-decision to Jarrett Hurd in a title unification match in 2018 that was the unanimous
“Fight of the Year”. Lara returned from that fight and battled current 154-pound world titleholder Brian Castano to an exciting draw in another narrow fight that could have gone Lara’s way. Lara has since scored back-to-back triumphs with a knockout of Ramon Alvarez in 2019 to capture his current title, and a decision over Greg Vendetti in August 2020. Lara has faced a slew of the top 154-pounders in the sport, including Canelo Alvarez, ahead of his middleweight debut.

“I’m excited to be making my 2021 debut on a huge platform live on FOX,” said Lara, who was born in Guantanamo, Cuba and now trains in Las Vegas. “Thomas LaManna is a tall middleweight with a lot of experience and I’m taking this fight very seriously, like always. I arrived weeks ago for training camp and Ismael Salas immediately got me working on the fundamentals of boxing. At this stage in my career, I’m all-action, fighting on the inside, and letting my hands fly. I’m going to make a statement in this fight with a knockout.”

The Belleville, New Jersey-native LaManna (30-4-1, 12 KOs) was riding an eight-fight unbeaten streak, which included seven wins plus a draw against Gabriel Bracero, before losing to Jorge Cota in January 2020. He won back-to-back middleweight fights in January and October entering this showdown, knocking out Jorge Pimentel and Juan de Jesus Gonzalez. Prior to his two most recent knockouts, LaManna dropped a narrow decision to Brian Mendoza in August 2020.

“It’s been a long time coming and now I’m finally getting my chance to accomplish my ultimate dream of becoming a champion,” said the 29-year-old LaManna. “This is the land of opportunity and I’m getting mine on May 1. I’ve put my heart, blood and soul into this game. I’m the definition of the ‘American dream’. People can write me off if they want, because at the end of the day, there’s no doubt that I’m coming to win. This is my time.”

Fighting out of Sinaloa, Mexico, Ramirez (24-2-3, 11 KOs) has risen up the featherweight rankings with back-to-back sensational knockout victories, stopping Leduan Barthelemy in November 2019 before most recently blasting out Miguel Flores in December 2020. The 28-year-old is currently riding a streak of wins in four of his last five fights since losing to then 126-pound champion Lee Selby in 2017. He’s won 15 of his last 18 fights overall, with his only other blemishes coming in a draw against Barthelemy that was later avenged, and a decision loss to
Claudio Marrero.

“This fight is very important for my career because it puts me one step closer to fighting for a world title again,” said Ramirez. “But I will not be looking past Avelar, who is coming off a big win and will be coming to fight like a proud Mexican, just like I do. I will be in top shape and ready to achieve this step toward my dream of getting another chance at a world title. No disrespect to my opponent, but I will win, no matter what it takes.”

The 23-year-old Avelar (17-2, 10 KOs) most recently won a wide unanimous decision over previously unbeaten Sakaria Lukas in December 2020, stopping a two-fight skid that included a loss to super bantamweight world champion Stephen Fulton. The Aguascalientes, Mexico native was unbeaten in his first 16 pro fights, including a 2019 triumph over Juan Antonio Lopez in his U.S. debut.

“I’m coming into this fight strongly believing that I’m going to stop Eduardo Ramirez,” said Avelar. “I’ve been hurting and stopping sparring partners during camp, so I’m fully prepared for a war. This is going to be a spectacular fight like Rafael Marquez vs. Israel Vazquez. I’ve been improving my game quite a bit in the last year. I asked for this fight, and I’m going to make Ramirez regret accepting it.”