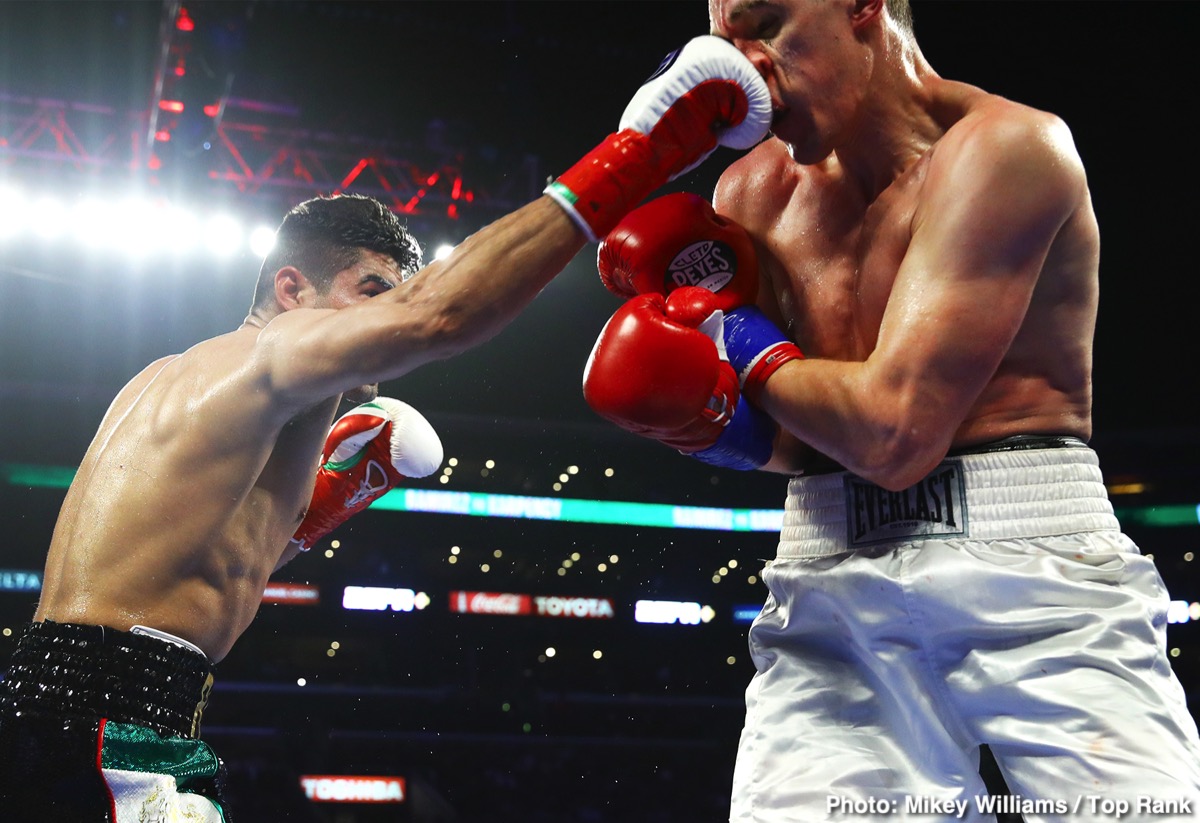 “Ultimately,” the 29-year-old Ramirez explained, “Golden Boy understood the goals and agendas I set for myself and I felt the strong support from Oscar and his team. It’s a multi-fight deal with potential for something longer pending this first experience. From all the conversations my team and I have had with Golden Boy, I felt comfortable with them and the future opportunities that will arise from our relationship.

“Oscar is a great guy and it’s been nothing but a pleasure dealing with him and his team. As my relationship with Golden Boy continues to grow, I’m sure we (Oscar) will become closer. He’s a champion and one of the greatest to ever lace up the gloves. I look forward to working to him closely.”

Ramirez’ goal is to become the undisputed light heavyweight champion world, something he will have a better shot of accomplishing with Golden Boy in his corner.

“(WBA Super light heavyweight World champion Dmitry) Bivol (17-0, 11 KOs) is someone who has always been on the radar and I have full faith in (Golden Boy matchmaker) Robert Diaz to put together the best fights for me,” Ramirez added. “Unification has always been the goal. I know I’m the best in the division and hope to make this happens for the history books in the near future.”

This past December, Ramirez launched his own promotional company, Zurdo Promotions, which will remain active.

“Zurdo Promotions will continue and stay active,” Ramirez said. “Going forward, all my fights with Golden Boy will be in association with Zurdo Promotions. I will host fights in Mexico to be a bridge between Latin America and the United States. There’s tremendous talent in that region and I hope to use my platform to help and support the underserved fighters in Mexico.”

Ramirez, who is tentatively slated to return to the ring in May, is currently ranked No. 1 by the WBC, as well as No. 4 and No. 5, respectively, by the WBA and WBO.