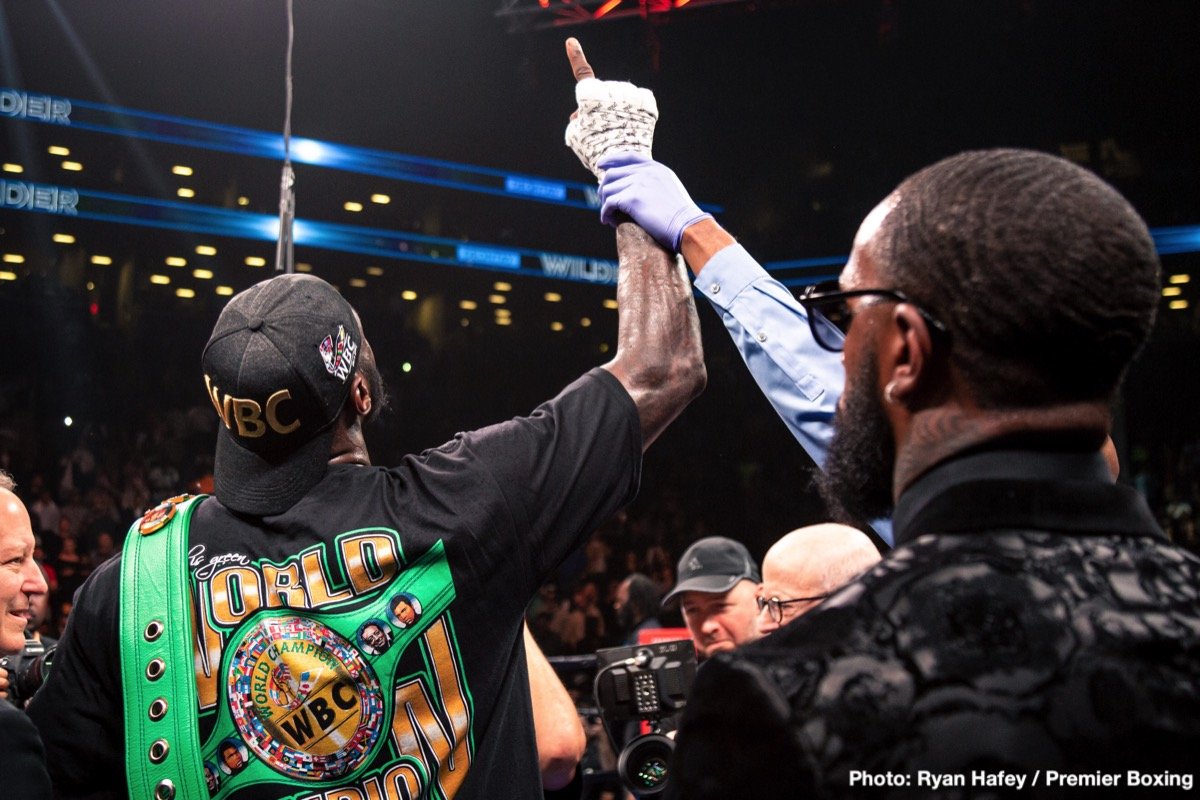 By Allan Fox: Deontay Wilder wants to resume his career and take on Andy Ruiz Jr, Anthony Joshua, and Tyson Fury to “clean the division out.” Speaking with Marcus Watson on social media, Wilder says he wants those three heavyweights so that he prove he’s the #1 guy.

Whether Wilder can get fights against any of those heavyweights is highly questionable, and it may not be possible unless he turns his career around.

Joshua’s promoter Eddie Hearn is giving Wilder a hint of how he can get back to the top by suggesting that he take on Dillian Whyte next.

If Wilder beats Whyte, it’ll open the door to him getting a match against Joshua, but probably not Ruiz Jr or Fury. We’ve already heard Fury (30-0-1, 21 KOs) that he’ll never fight him again.

The former WBC heavyweight champion Wilder (42-1-1, 41 KOs) isn’t saying when he’ll be returning to the ring, though, and he’s already been out of commission for 12 months since losing to Fury in February 2020.

Many fans have been disturbed by how the 35-year-old Wilder has failed to own his seventh-round knockout loss to Fury last year to take responsibility for losing the fight.

Wilder has come up with excuses that make him look like a poor loser who can’t face the truth that he wasn’t good enough on the night. 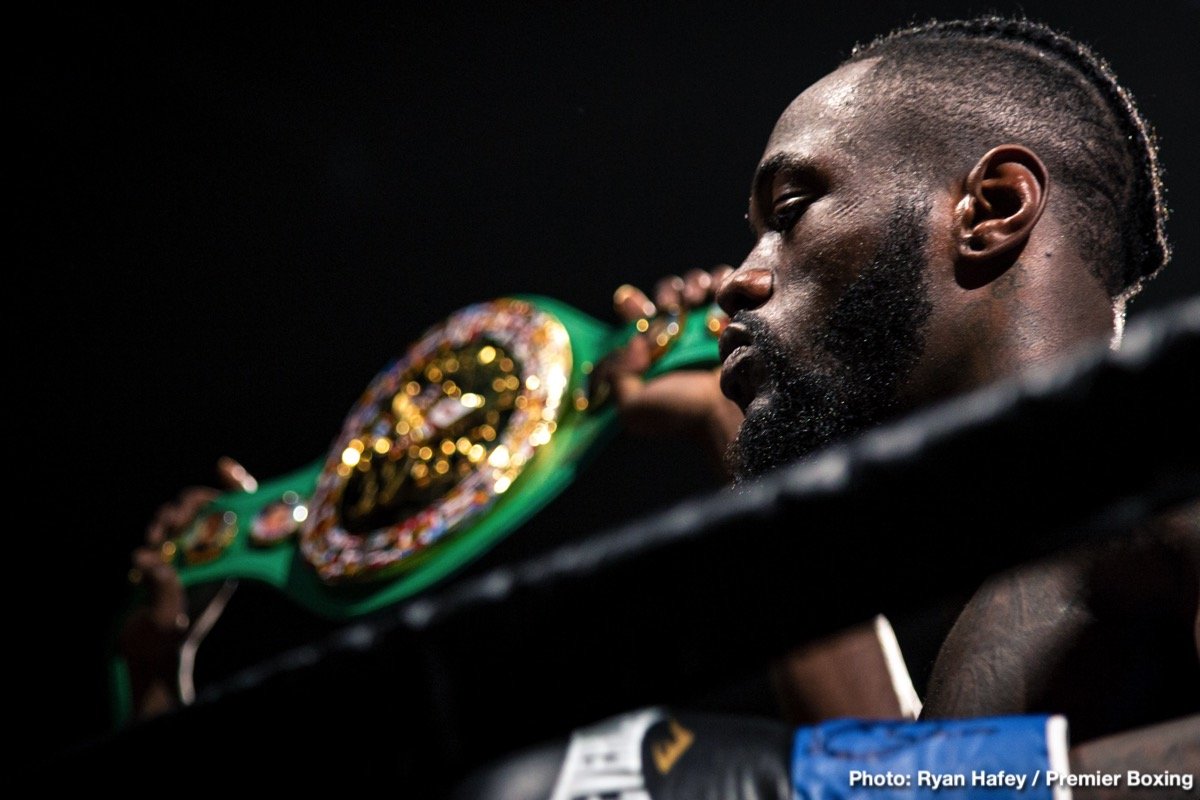 Also, Wilder looked totally unprepared for his rematch with Fury, and he never showed signs of adapting to the pressure that he was putting on him.

Deontay’s inability to make changes goes along with what his former trainer Mark Breland said about him being “untrainable” during camp.

“The ones at the top who I haven’t fought, haven’t got my hands on, that’s what I want. I want to clean the division out,” said Wilder to Marcus Watson on Instagram.

Let’s face it; Wilder can forget about fighting former IBF/WBA/WBO heavyweight champion Andy Ruiz Jr because that guy is having major problems getting back into the ring.

Ruiz made a lot of money and gained a lot of weight from his two fights with Joshua. It’s already been a year and a half since Ruiz Jr last fought, and he’s planning on slowly returning to action by taking on 40-year-old Chris Arreola in his next fight.

It could be years before Wilder would get a shot against Ruiz with how the two of them are taking a long time to return to action.

“I won that fight hands down. The ref [gave] him more time. He felt like it would be the right thing to do. I definitely knocked him out,” said Wilder.

In looking at the knockdown that Wilder scored against Fury in the 12th round of their first fight in 2018, he’s got a point. It did look like that Wilder should have been given a knockout win.

Fury was badly hurt, and the referee played it old school by giving him a count while the big 6’9″ British fighter was asleep. You don’t see many referees letting a fight like that continue when a fighter is that badly hurt.

Yeah, Wilder probably should have been given a knockout win in the first fight if a different referee had worked the contest, but that doesn’t change what happened in the rematch with Fury. That’s the one that Wilder should be talking about because it’s the more important one.

If Fury faces Wilder again, he’s going to do the same thing to him. Fury will come into the ring weighing in the 270s and look to walk him down, using many clubbing shots around the backside of Wilder’s head. Unless Wilder knows how to deal with Fury’s style, he’ll get beaten again.

Adrien Broner: I will be world champion again »