Otto Wallin Exclusive: “I’ve Studied Joshua And Noticed The Hurt In Him…” 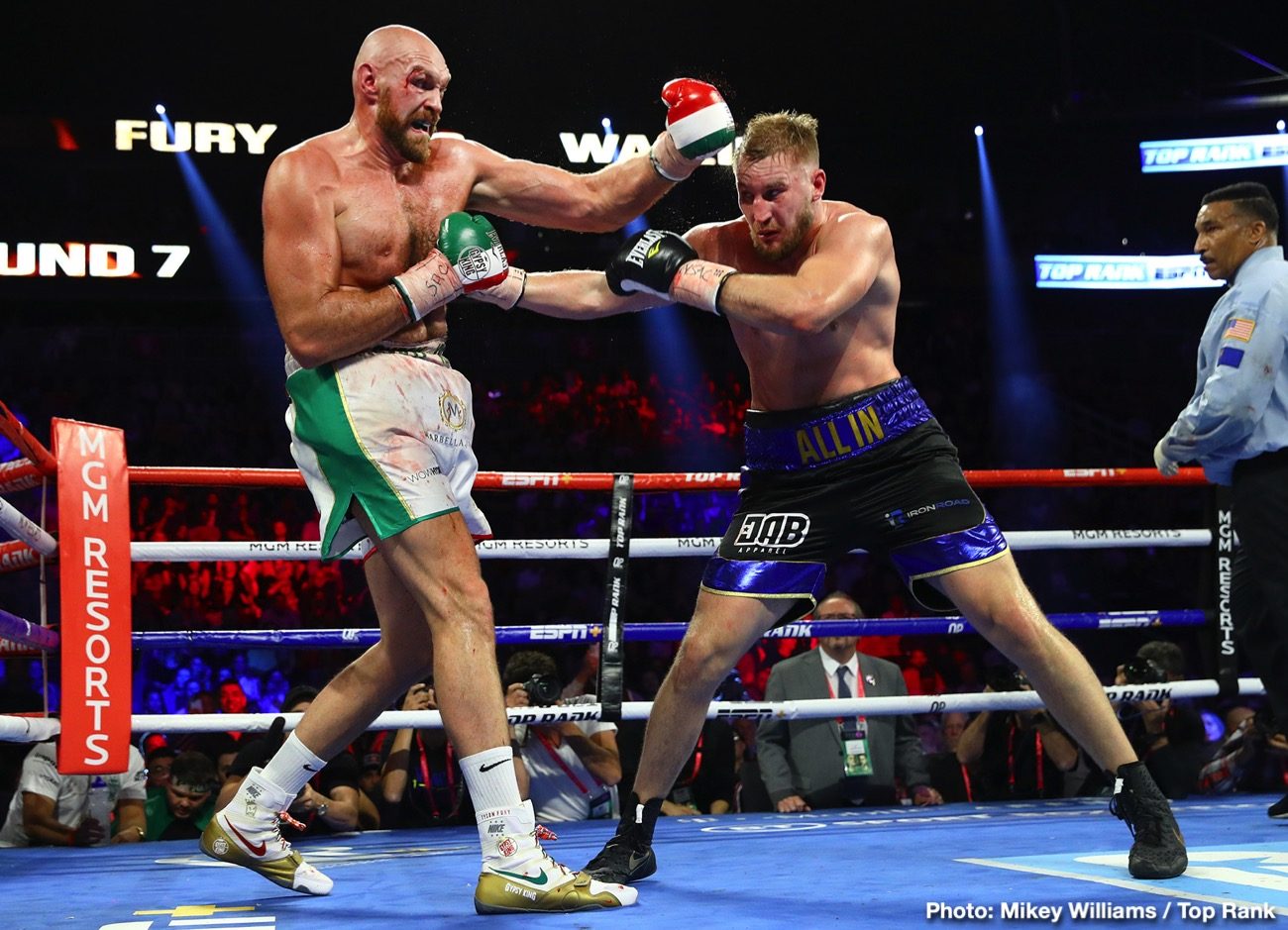 Otto Wallin will fight Dominic Breazeale on Saturday, February 20, 2021 on the Broner vs Santiago undercard live on Showtime Boxing.

Wallin, speaking to Marc Gatford via BonusCodeBets.co.uk, said: “I believe I laid the groundwork for Tyson Fury’s aggressive new style after cutting him.”

Otto Wallin: I’ve been studying my opponent Breazeale’s defeat to Joshua and there is a change in AJ’s mentality – he looks hurt since Ruiz

“I’ve been watching Joshua’s fight with Breazeale lately. Joshua has a great style but I think sometimes maybe he does not trust himself enough. I hope that he can tune into how he looked against Breazeale, he looked more confident than he’s been lately.

“It looks to me like he’s been hurt a little bit mentally after that Ruiz loss. Something looked off with him that night, all the way through, from coming out of the dressing room and in the ring. I hope that he can trust himself and do what he’s good at. He’s got a beautiful style, he’s just got to do what he’s good at. I watched his fight against Pulev and it looks like he’s trying to explore some different sides of himself.

“He’s got a good trainer with McCraken and I know he’s probably brought in some other people also now but the training he has been doing with McCracken has led him a long way. So I don’t think he needs to change much. He just needs to tune into who he is. And when he fights Fury he needs to be prepared to take some shots to give some.

“Also you have got to remember he has a lot of pressure, he’s a huge star. I don’t even know how he feels inside. He has a big following, people are depending on him, there’s a lot to consider there.”

Otto Wallin: This is why I think Tyson Fury will outbox AJ
“I think Fury can outbox him because he is bigger, awkward and has great boxing skills. The best way would be to box him coming forward and try to make Joshua go back but still use his height and reach. Joshua is always going to be dangerous because he’s a puncher.

“If he can get in on Fury and let off his good combinations that would be good, but I’m not sure because Fury’s a big guy, awkward, he can go southpaw, orthodox. I think Fury will eventually be too much but these are two best heavyweights in the world right now. I just feel like Fury is very confident, he’s got a good head, and he trusts himself a lot.”

Otto Wallin: I believe I laid the groundwork for Tyson Fury’s new, aggressive style we saw against Wilder after I cut him. I want a rematch

“I think that one of the things our fight showed him [Fury] is that he can be aggressive like he was against me in the second half of the fight. I figure he’s probably done that in sparring and in the gym but maybe never in a fight like that.

“I know that after the doctor had a look at the cut he came out really aggressive and probably felt like he had to knock me out before they stopped the fight. I felt that was probably more out of desperation but it worked for him. And I think then when he fought Wilder with his new trainer they tuned into that and picked up where we left off.

“I look back at it as a good experience first and foremost. Then when I get stuck in my thoughts sometimes I start thinking ‘hey, why didn’t they stop the fight, the cuts were huge’ but I’m not trying to be bitter about it. It is what it is.

“I remember it as a good experience. I did everything I could, I put it all on the line, I didn’t have anything more [to give] that night. He beat me fair and square but I felt they could have stopped it because of the cut, but he fought on like a champion but there’s nothing I can do. The only thing I can do right now is keep working, keep winning, and hopefully I get another fight with him.”

Otti Wallin: I am ready to prove my career won’t be defined by cutting Fury.
“Most people know me because of that loss against Fury, I had a good performance but I lost. Now it would be nice to rack some wins so people can really see that I can win also. Breazeale has a big name and he’s beaten some good fighters. He has also been beaten himself and always seems to be in tough fights. It’s a good fight for me to show everyone that I am a good fighter.”“There’s a lot at stake here. He’s a big name. My name is growing, but I need some big wins and Breazeale will be one of them. I think if I beat Breazeale then it will be me, Joshua and Wilder as the only three that have beaten him, so that will put me in good company, and will solidify my spot at the top.“I feel like I’m developing all the time and I’m getting better. I’m getting better since I fought Fury. So I think I’m coming into my own now. Breazeale is 35 now, he’s been out for a couple of years, he got knocked out by Wilder and getting older, so I’m sure that’s in the back of his mind. I think he’s on the last part of his career. This could be his last hurrah.
“But I think he’s going to come out strong and show he has a point to prove.I know Breazeale is dangerous so what I think I need to do is try and break him down, be smart, and when he starts fading take him out.

“Breazeale is slower than me, he’s more flat footed than I am, but he’s bigger, he’s got a good punch. For him to catch me he will need to lurk me in on the ropes and let his shots go. I think I can probably outbox him all night if I want to but if he starts catching me on the ropes and letting his shots go it will be better for him.”“He hasn’t fought since Wilder so it’s hard to answer how being knocked out has affected him but if I was him I would have had another fight right now, I wouldn’t fight me because I’m a good contender coming up.

If I was him I would at least have had a couple fights and picked up a couple wins and then taken a fight like this. But looking at his social media and stuff there hasn’t been much boxing before this, so I don’t know what he’s been upto honestly. I’m not underestimating him but i’m not overestimating him either.”

« Oscar Valdez has Plan A, B & C for Miguel Berchelt on Saturday