Mikaela Mayer: “Harper won’t be able to keep up with my pace” 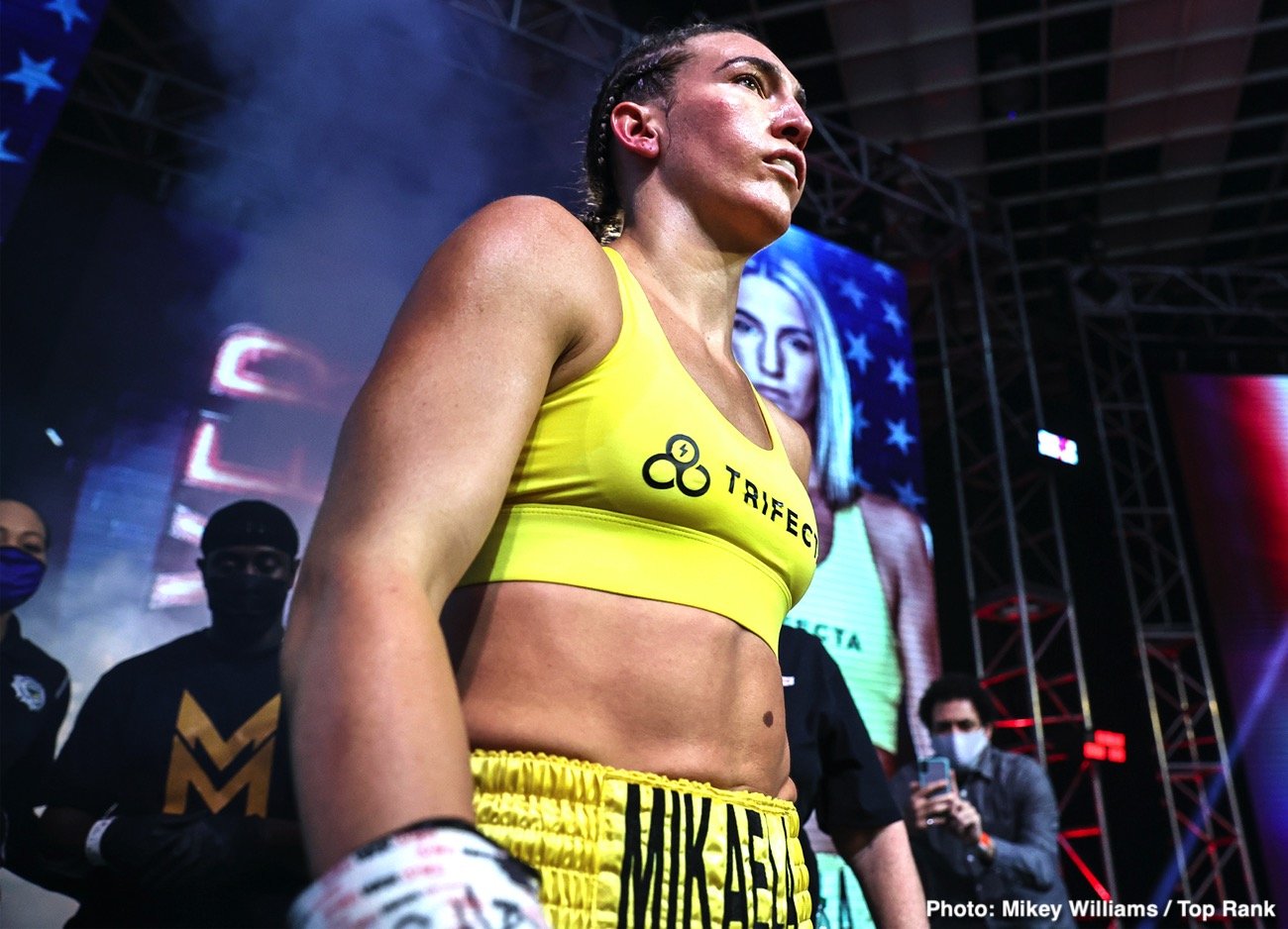 Mikaela Mayer believes Terri Harper has shown “a lot of weaknesses” and does not think her rival will be able to keep pace with her when the pair eventually meet.

WBO Junior Lightweight champion, Mayer has had several social media back-and-forths with the WBC and IBO titlist, Harper as anticipation builds for a future showdown. 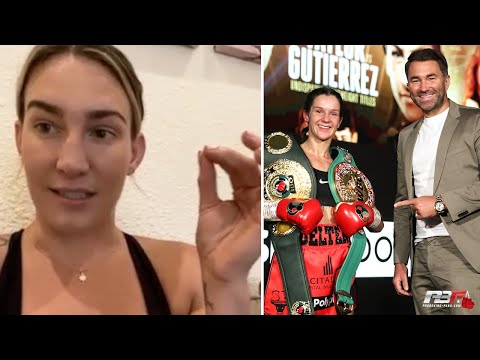 Mayer is keen to face the Brit next, but is in ongoing talks to face IBF holder Maiva Hamadouche, whilst Harper is reportedly in discussions with WBA champion, Hyun Mi Choi.

“I think I’ve got a lot of fans in the UK, but I think I got a lot of people that don’t like me and I’m just trying to make the fights happen, I just want the big fights.

“She’s injured but she also signed a contract already with Choi, so I’ve been calling her out for over a year, she could have easily said, ‘lets make that fight happen with Mikaela,’ and she didn’t.

“She was not the only girl on my hitlist, so Hamadouche is free since Choi and Harper are going to be fighting I guess in April is the word, I’m not sure, but now we’re negotiating with Eddie [Hearn] about Hamadouche and hopefully that could happen in May.

“They’ve been going back-and-forth the way promoters do money-wise and all that and I think we’re waiting on their response for our offer.”

The 30-year-old claimed a maiden world title with a dominant unanimous decision win over Ewa Brodnicka in October, whilst Harper defended her titles with a ninth-round stoppage victory over Katharina Thanderz in November, having drawn with Natasha Jonas after a thrilling clash in August.

The American insists she has the edge over Harper and believes she lacks an inside game.

“Terri has shown to be a good boxer, but she also has been exposed and she’s shown a lot of weaknesses.

“In the fight against Jonas, she showed that she really still doesn’t have an inside game and she showed in her last fight against [Thanderz] that she’s good on the outside, basic one, two, three, but she’s still a little green and she’s not going to be able to walk through me like she did the last opponent.


« Eddie Hearn: There has to be less focus on the belts

Arum talks Spence vs. Ugas and Crawford vs. Ortiz Jr »