By Mark Eisner:  In a real shocker, Oscar Valdez (29-0, 23 KOs) stopped WBC super featherweight champion Miguel Berchelt (37-2, 33 KOs) in the 10th round on Saturday night at ‘The Bubble’ at the MGM Grand in Las Vegas, Nevada.  Valdez scored knockdowns in rounds 4, 9 and 10.

The ending came in the 10th when Valdez knocked the weight drained looking Berchelt old cold with a highlight reel left hook to the head. The time of the stoppage was at 2:59 of the 10th.

NEWS:   Oscar Valdez ready for the fight of his career against Miguel Berchelt 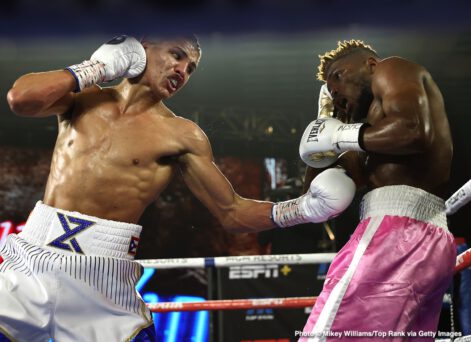 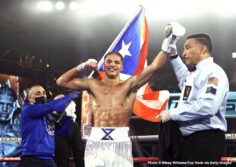 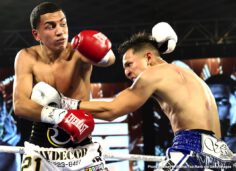 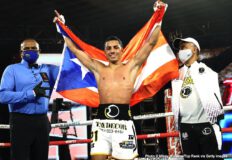 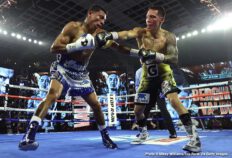 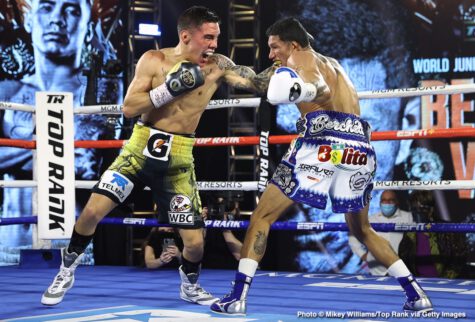 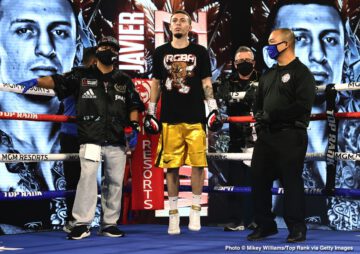 LAS VEGAS, NV – FEBRUARY 20: Javier Martinez inside the ring before his fight against Billy Wagner at the MGM Grand Conference Center on February 20, 2021 in Las Vegas, Nevada. (Photo by Mikey Williams/Top Rank Inc via Getty Images) 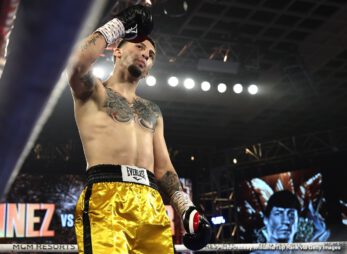 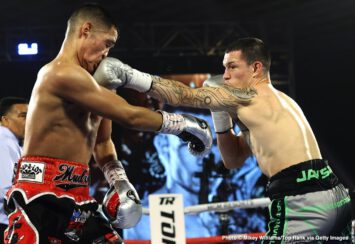 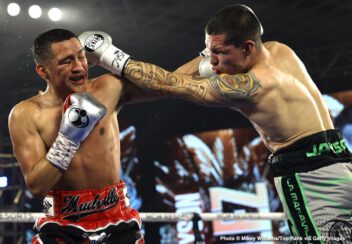 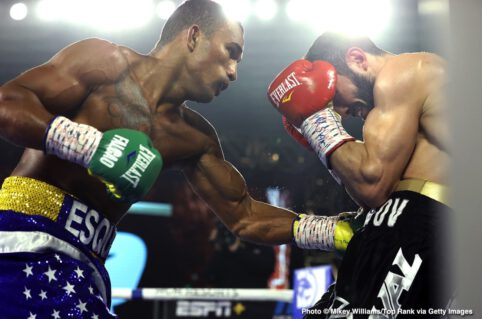 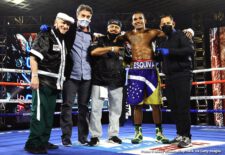 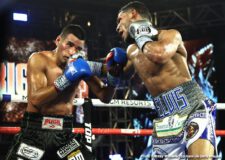 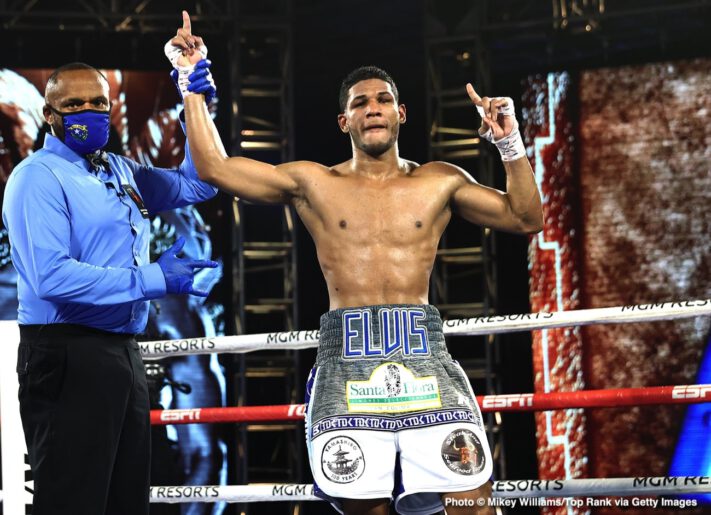 Miguel Berchelt will be facing his toughest career test tonight when he defends his WBC super featherweight title against Oscar Valdez in a showdown on ESPN and ESPN+ card promoted by Bob Arum of Top Rank.

This is just the third fight for Valdez since he moved up in weight from the featherweight division, and he’s not looked quite as impressive as he did before the move.

Still, Valdez has the type of offensive skills and overall talent to give Berchelt more problems than he’s ever faced before.

Until now, the best fighters Berchelt has faced were Francisco Vargas, Takashi Miura, and Miguel ‘Mickey’ Roman. Neither of those three is in Valdez’s class talent-wise.

Valdez is ready to try and strategy to win the fight tonight. From the way Valdez is talking, his Plan-A is to box Berchelt. But if that doesn’t work, he’s going to switch to Plan-B quickly and make it a war likely.

At that point, it’s a toss-up who will win. Styles make fights, and Berchelt may not handle the power and skills that Valdez has got going for him. The difference could be the experience of the two fighters.

Valdez has faced guys with similar qualities that Berchelt brings to the fight tonight, but you can’t say it’s the other way around. Berchelt hasn’t faced anyone remotely close to Valdez’s style.

The reason Valdez is coming into the fight as the underdog is the way that he was hurt in his fights against these guys:

Valdez slugged with those fighters, and he got caught by big shots and shaken up. However, in all four of those fights, Valdez adapted well and finished strong in dominating the action.